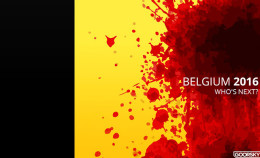 This kind of mindset would certainly explain the surprisingly high support in the Muslim community for suicide bombers [2], as revealed in polls.