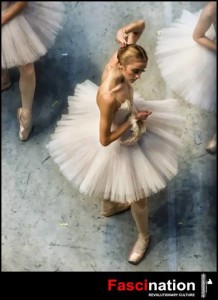 One of the arguments frequently made by white nationalists, white advocates, and other members of the alt-right community is that tribalism is natural. By tribalism I simply mean the preference that people have to be around and associate with others like them. Once upon a time, this might have meant that the French, by and large, preferred to be among other Frenchmen, the Dutch among the Dutch, Poles among Poles, etc.

These days, however, as Europeans are finding themselves more and more encroached by unassimilable and often unruly immigrants from Africa, the Middle East, and Latin America, tribalism refers more and more to whites preferring to be among other whites. The appearance of the Third World in all its ugliness in our own homelands has shaken white tribalists out of the nationalist stupor that had enveloped them during the 19th and better half of the 20th centuries. Greeks today feel the same pain as the British and the Swedes and face the same threats. So why be nationalistic? These days, it’s about race and pretty much only about race.

So, while I agree that this racial tribalism is perfectly natural and healthy, even under normal circumstances, I have always felt that there is more to the story than mere tribalism. In other words, tribalism for tribalism’s sake isn’t all there is to it. It can’t be.

We all know the statistics. We could probably share lots of anecdotal evidence as well. When given the opportunity, black and Hispanic men tend to abandon tribalism in order to secure a white wife or girlfriend. According to Wikipedia [3], in 2010, 10.8% of married black American men had non-black wives, 83.8% (or 390,000) of whom were white. Also in 2010, 15.2% of Asian American women married non-Asian men, with nearly 87.5% (or 529,000) of these non-Asian men being white. Slightly over a quarter of all American Hispanic marriages were to spouses of another race as well and were split evenly by gender. In contrast, whites remain the least likely to engage in extra-racial marriages. Just under 2.3% and 2.1% of white American men and women, respectively, had nonwhite spouses in 2010.

So, if tribalism is such a natural and positive thing, why do so many nonwhites do away with it when given the opportunity? The only other groups that approach the level of tribalism exhibited by whites were black American women (only 4.5% had non-black husbands) and Asian American men (8.2% had non-Asian wives). And even these are much higher than the exogamic rates of whites.

I would argue that there is an objective truth behind why people tribalize or don’t tribalize. In general, people also select spouses in self-interest. Who is the most attractive? Who can give me the most stable home life? Who most closely matches my interests and education level? Whom do I enjoy being with? Who will bring me the most wealth or highest status? If people cannot easily find qualifying candidates in their own gene pool, they will start diving into others.

The only reasonable conclusion here is that, aside from natural inclinations towards one own race (which are very strong), whites have the most reason to be tribal. Put bluntly, our women are the most beautiful in the world. Our men are also most likely to make good, or at least attractive, husbands. These are self-flattering conclusions, sure. But they also jibe best with the data, which flatters no one. Further, there is scientific evidence [4] that beauty is not merely in the eye of the beholder. It is an objective quality. Therefore, it seems that whites have more to protect when confronted with non-whites who share their communities.

So let’s do a thought-experiment to help amplify this point. Suppose, in a Bizarro world, the majority of the Syrian refugees that everyone is getting so worked up over in Europe consists not of uneducated, thuggish, and unassimilable young men hell bent on rape and Jihad. Instead, let’s suppose a majority of these refugees consist of extremely attractive, nubile young women, possessing average or above-average intelligence, high levels of education, great respect for Western culture and traditions, and who furthermore are very nice and eager to marry European men and become loving wives and mothers.

It’s funny to think about because it is the opposite of the truth. But there it is.

Such a scenario might not pull the Counter-Currents readership away from their feelings for tribalism (nor would it for the author of this article). However, I think it would be reasonable to conclude that in such felicitous circumstances, the idea of tribalism for tribalism’s sake would be a much harder sell for European men in general. Concurrently, tribalism would most likely become an easier sell for European women who would see this invasion as a threat to their privileged near-monopoly on European men.

This reminds me of an experience I had a few years ago while watching a screening of director Spike Lee’s first feature film, She’s Gotta Have It. As would be expected, the audience consisted mostly of college-aged blacks. Late in the film, a stereotypically unreliable black male gets offended by a black female and storms off, announcing that he was going to find himself a white woman.

The black women in the audience seethed and churned with hostility.

And of course they would. They know they can’t compete with white women. On the whole, they’re not as pretty. They’re not as smart or as talented. For every black male who wishes to dip his toe onto greener pastures, that’s one less potential mate for them.

Nobody likes being frozen out of the Darwinian lottery system. No one likes being alone. So they seethed. It was all they could do.

But for those of us with options, the above thought-experiment is highly instructive. Because it runs nearly 180 degrees counter to the truth (indeed, in my eyes, the majority of Hispanic, black, and Arab women tend to be attractive only when compared to their men, an observation supported by the data above), it further underscores the idea that tribalism, at least in the case of whites, has a great basis in truth. It requires dreaming up absurd thought-experiments in order to envision a large number of whites not being tribal.

We (meaning whites) are tribal because it is natural, but also because in an objective setting we make the most attractive mates. We are the most talented at the most things. We have political systems that most people emulate. We have built nations in which most people want to live. We have set standards of living to which all others aspire. We, as white Europeans, have done great things in every single field known to Man. Open any history book, science text, classical music CD, or literary anthology and find out for yourself. Or you can browse any European or American fashion magazine if you want to gaze at real beauty.

So, of course we’re tribal. And by only recognizing and embracing the reasons why we are tribal can we keep it that way or become even more so.