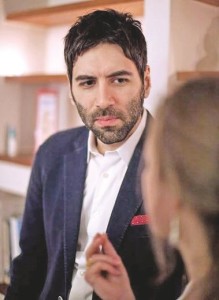 Feminists have cried “wolf!” so often that I have gotten in the habit of ignoring them, so my first reaction to the recent campaign against Roosh V was just to dismiss it. The typical SJW is so indifferent to truth that it often seems that an important part of her brain has simply stopped working. But even a stopped clock is right twice a day, and sadly they are right about Roosh.

But first let me get something out of the way. Roosh’s position in his much pilloried article “How to Stop Rape [3]” is basically defensible. No, rape should not be legalized on private property. But if a woman invites a man to her place or accompanies a man to his place, then claims that she has been raped, it is very hard to prove such charges beyond a reasonable doubt. And the American legal system errs on the side of letting guilty people go free rather than on the side of convicting the innocent.

Feminists, however, are working to destroy the standard of reasonable doubt. They are creating a world where it is possible for a man to be arrested for rape — which has devastating consequences even if he is found innocent — simply on the basis of an accusation that could never stand up in a properly conducted trial by jury.

Police, prosecutors, and judges need to stop pandering to feminists. Women need to know that accusations of rape in which there are obvious grounds for reasonable doubt will simply be ignored, and they need to act accordingly. Fewer women will be raped, fewer men will get away with rape because of reasonable doubt, STD and abortion rates will fall while marriage rates rise, fewer women will behave like sluts, and men like Roosh will get laid a whole lot less. In my book, those are all good things.

But still, Roosh’s critics have a case. His enemies cite three rapey passages from his sex tourist travelogues. In the first version of this article, I included all three, beginning with two passages attributed to his book Bang Poland. I clearly said that these probably were not rape “beyond a reasonable doubt.” Unfortunately, whoever quoted these passages did not include brackets with ellipses [. . .] to indicate omissions. Roosh’s defenders have seized on this to cry “foul!,” even though I assigned no probative value to the passages in the first place. To deny them this distraction, I have simply eliminated the offending quotes. Instead, I urge everyone to read Bang Poland [4]

in full. (I’ll provide free copies to any Polish nationalists who want them.)

The most damning quote is from Roosh’s book Bang Iceland. Roosh claims that this passage has been taken out of context. Here is what I quoted, with the paragraph breaks corrected:

While walking to my place, I realized how drunk she was. In America, having sex with her would have been rape, since she legally couldn’t give her consent. It didn’t help matters that I was sober, but I can’t say I cared or even hesitated.

I won’t rationalize my actions, but having sex is what I do.

At this point, I asked: “What kind of man rapes a drunken girl without remorse because ‘having sex is what I do’?” And I declared, “The proper emotional reaction to this is disgust.”

Roosh’s defenders, however, point out that I did not quote the full paragraph. I am happy to oblige. You tell me if it helps Roosh’s case:

I won’t rationalize my actions, but having sex is what I do. If a girl is willing to walk home with me, she’s going to get the dick no matter how much she has drunk. I’ll protect myself by using a condom (most of the time), but I know that when it comes to sex, one ounce of hesitation or a feeling of morality will get me nothing.

Roosh also claims that he and the girl had sex again the next morning when she was sober. Of course, if that really happened, it would not alter the moral meaning of what happened the night before. Indeed, it makes it worse. Roosh has written a rape story with a happy ending, which only makes it more likely that someone will imitate him with a less happy outcome.

Roosh was asked about the Bang Iceland passage in his February 6, 2015 press conference (transcript here [5]):

Female Reporter: . . . There are several instances in the Bang books where you recount having sex with women who were too drunk or incapacitated to consent. Now people reading that would certainly come away with the impression that you raped those women.

Roosh: I don’t know anyone except for maybe you that thinks that, and people who have lost their minds when it comes to consensual sex. People who don’t have any idea what girls are doing outside right now and what they will do in an hour or two once they get drunk and pick the guy that they like and let him do whatever he wants with her. So macho sex writing, to convert that to rape takes such a leap of faith that you have to be a liar to think that’s true.

Female Reporter: You literally say that they were too incapacitated to consent.

Roosh: Macho sex writing is not a court. It’s not a piece of evidence that you can… Maybe some things I wanted to come across as an aggressive guy. Maybe I did. But just because there doesn’t means that there is a victim out there and she suffered. Have I raped anyone? No.

Reporter: Is that fiction?

As my friend Seventh Son pointed out on The Daily Shoah (Episode 71 [6], February 10, 2016), this is not a satisfactory response. Roosh faces a dilemma here, and the reporterette knows it. If he is telling the truth, he raped the girl. (It is rape in Iceland too.) And if “macho sex writing” just means Penthouse Letters-style fiction, then it casts doubt on the veracity of all of his sex travelogues, which function as testimonials to his pickup artistry. In short, Roosh is either a rapist or a fraud.

But even if Roosh is a fraud, he is no mere fraud. He is a fraud with a large audience that regards him as a role model. Even if he never raped anyone, one day one of his followers will. Does anyone seriously doubt that somewhere in the world, a woman has been (or will be) raped because of what some pussy nerd read in a book by Roosh V? I’d bet money on it. And not even Roosh’s most ardent supporters would take that bet. So it is not just feminist hysteria to describe Roosh as a rape advocate.

Roosh also argues that since no woman has accused him of rape, he has never raped anyone. But how do we even know that no charges have been filed against him? How would Roosh even know? Roosh was just a sex-tourist; he was just passing through; he could have used a false name or no name at all. There are probably quite a lot of Middle Eastern-looking John Does in open rape cases all over Europe, and it is only getting worse.

But that’s just speculation. So let’s just take Roosh at his word. Even so, his argument does not follow, because genuine rape victims might not come forward for a whole host of reasons: shame; lack of evidence; fear of reprisals; fear of a bad reputation; fear of losing a boyfriend, husband, or family; etc.

It pains me to write this, because I have long regarded Roosh V as something of an ally. No he’s not a White Nationalist, because he is not white and does not identify as such. His father is Persian and his mother Armenian. But an ally is not one of us. He is someone with whom we share delimited common interests and with whom we can fight common enemies. The manosphere is part of the larger reactosphere. It performs an important red-pilling function on human biodiversity. And it shares a border with White Nationalism that is as long and porous and the US border with Mexico. Roosh, moreover, is highly intelligent; he has promoted Kevin MacDonald’s The Culture of Critique [7]to his readership; and in our limited email interactions, he has always been prompt, civil, and helpful. Beyond that, I despise moralistic ninnies and shit-stirrers who advance the premise that we can’t cooperate politically with anyone if we wouldn’t want to share a pup tent or take a shower with them.

But rape is rape, and all the red-pilling in the world does not change that.

I cheered Roosh when he asked reporters why they are going after him while covering up mass rapes by Muslims in Europe. All Roosh would have to do is convert to Islam and show up in a track suit, and feminists would shut their mouths and spread their legs.

But the hypocrisy charge cuts both ways: how can White Nationalists decry the mass rape and sexual exploitation of white women by Middle-Eastern men but stand in solidarity with Roosh V?

How can White Nationalists extol Eastern Europe as the most racially and culturally healthy part of the white world and condone the kind of man who treats it as a cheap brothel?

How can we stand in solidarity with Polish nationalists against Middle Eastern rapefugees and defend the author of Bang Poland?

For all its benefits, I am on record that the manosphere morally corrupts men [8]. It does not promote the resurgence of traditional and biologically based sexual norms. It simply teaches men how to make sexual chaos work for them. I was concerned that it gives narcissistic sociopaths [9] tools and encouragement to rape and sexually exploit women. Now I have proof.