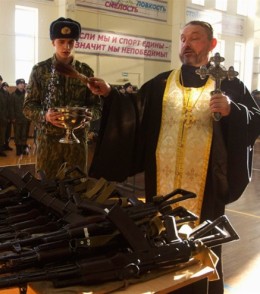 [1]Prison of the Nation does not cover Vladimir Putin’s era, but Shiropayev has criticized it in depth in his other writings. He considers Putin’s regime “Orthodox neo-Stalinism”: a mix of the worst elements of the Byzantine and the Bolshevik phases of the Project. It is a rule of commissars blessed by Orthodox clergy who are expanding the Empire at the cost of the white population of Russia, while promoting civic patriotism, race-mixing, alcoholism, and mysticism, since God-fearing (or rather: priest-fearing) drunk patriotards will never rebel against their overlords.

I think that Shiropayev whitewashes Hitler and his Eastern policies. I am much closer to the position of Degrelle, Manstein, J. F. C. Fuller [2], and many others [3], who believed that it was the cruel treatment of the local populations and lack of will to actually liberate the nations of the USSR that caused Barbarossa to fail.