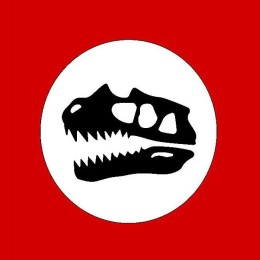 It appears that polemics against “white nationalism” have become quite the trend at Chronicles, the flagship publication of paleoconservatism. A couple weeks ago I responded [2] to Aaron Wolf’s article “Incidentally White [3]” at radixjournal.com, and now I discover that only a month earlier, editor Chilton Williamson, Jr. had produced a broadly similar piece under the title “White Like Me [4].” On the very same day, executive editor Scott Richert managed to slip some strictures against “white nationalism” into an article ostensibly devoted to the rock band Cheap Trick (“The Cheap Trick of Whiteness [5]”).

What’s all the excitement, guys? Afraid of losing your readership to Radix, Counter-Currents, American Renaissance, or The Occidental Observer? (I’m forced to speculate here, as it is a common fault of Chronicles writers not to make clear precisely whom they are criticizing.)

In the interests of full disclosure, let it be known that I read Chronicles regularly from 1997 until the passing of my favorite contributor, Sam Francis, in 2005. I am well disposed to the people working there, even more so since the departure of the magazine’s ursine former editor. Moreover, I have no special attachment to the label “white nationalist,” which I think a clumsy term that should not be necessary to describe people who are doing the most natural thing in the world, viz., resisting their own dispossession. But since many of those I write for or associate with are designated “white nationalists,” whether by themselves or by others, I shall once again [6] try to say a few words in our collective defense. As should go without saying, this is not intended as a defense of everything every skinhead gang in the world has ever said or done.


In fact, there exists no catechism anywhere telling “white nationalists” what they must believe in order to maintain their right to that moniker. “White nationalism” refers to a broad political tendency with blurred boundaries. The term would seem, therefore, to require some care in handling, but the usual practice of Chronicles’ editors has been to place “white nationalists” on the side of the goats along with ideology, abstraction, Enlightenment, and various other devil-terms, while assuming that they themselves are safely on the side of the lambs with conservatism, tradition, Christianity, and flesh-and-blood people and communities.

This conceptual sloppiness is unfortunate, as Chilton Williamson in particular says a number of things which will resonate powerfully with readers of the present website. He recalls a moment spent in a particularly attractive corner of old London and describes how he

felt a sudden access of fury, struck by the thought that . . . all this storied historical loveliness is on the verge of being inherited by barbarians who did not create it, know nothing of the civilization of my people from whence it sprang, and have neither interest in knowing it nor attachment to it.

Somewhat farther down he adds:

[I]n  the present crisis of Islamic jihad, the conclusion that Islam and the West are  wholly incompatible things, and that immigration from Muslim societies should be denied altogether, is an humane as well as a culturally and politically sensible  one. Indeed, it is simple common sense. So is a discriminating immigration policy that, though rejected by liberals as “discriminatory,” is the only one any sane government that takes seriously its responsibility for the present national welfare and a consistent and coherent future for the country it is entrusted with would think of adopting.

Given this essential agreement with those he is criticizing, what exactly are Mr. Williamson’s objections to “white nationalism?”

1. Firstly, he devotes a lot of space to a silly remark by some unnamed internet troll that “the Italians are not really a white people” — without, alas, explaining why this should be taken as an authoritative expression of “white nationalism.”

2. Similarly beside the point is his allegation that “white nationalists begin by defining as ‘white’ people who look like themselves and work backward from there to determine who is, and who isn’t, ‘white.’” This appears to be a variant of the charge that racialists are interested in skin color or other physical traits rather than in the people for whom those traits are a (rough) marker. Clyde Wilson has not found this line of argument beneath himself either. Relax, Chronicles — if “white nationalists” are that stupid, you need not worry yourself about them.

4. Mr. Williamson’s most interesting objection is that “white nationalism is not a political concept at all,” which he seeks to justify with the following reasoning:

[W]hile many predominantly white countries are known to history, no white-nationalist one has ever existed. . . . There were indeed white tribes in premodern times, but no white nations built up from exclusionary, pseudoscientific principles. No such project has ever, indeed, been contemplated up until recent times.

This is, of course, true. But is it really due to a baseless fascination with biological taxonomy on the part of some eccentric “white nationalists” who recently appeared on the scene for no reason? Is it not rather because there exists today, as there never has in the past, a large and powerful political movement united by little more than hatred of the people of Europe, the desire to marginalize them and ultimately — taking the tendency to its logical conclusion — to destroy them? If you really want to understand “white nationalism,” Mr. Williamson, look to its enemies: e.g., Noel Ignatiev, George Soros, the tenured “critical theorists,” the Southern Poverty Law Center, etc., etc.

Derbyshire is correct. A sea-change has occurred in political alignments throughout the Western world, and the folks at Chronicles are stuck in the company of white lefties as the last to take cognizance of it. “White nationalists” are not responsible for this shift; it was brought about by those for whom nationalists, conservatives, and the European and American working class are but a single indistinguishable mass of “white racists.” These people do not hate conservatives, Christians, constitutionalists, or Chronicles subscribers: they hate persons of European descent. And as I have written elsewhere [6], it is the prerogative of the aggressor to choose where a battle shall take place; we must meet them on the ground they have chosen, and that ground, it is increasingly obvious, will be race and nothing else.

There is a place for debates about the precise limits of biological inheritance as an explanatory factor in human behavior, but that place is not in the midst of a political battle. When the enemy is no longer at the gates but actually ruling over you, you can no longer afford the luxury of refusing to fight alongside anybody who disagrees with you about speculative or philosophical matters.

There is even a word for those who make this type of mistake: sectarians. Burke famously defined a political party as “a body of men united for promoting by their joint endeavors the national interest upon some particular principle in which they are all agreed.” A sect, on the other hand, is defined in my dictionary as “a group adhering to a distinctive doctrine” (My emphasis). A doctrine is something broad, containing many different and interconnected principles.

Sects tend to be small, for it is not easy to get a large group of men to agree to a detailed and comprehensive doctrine; in practice, they usually coalesce around acceptance of some type of religious authority. Politics, on the other hand, is about alliances among men who may disagree on everything apart from the principle which defines the alliance. Sectarianism in politics is a recipe for ineffectiveness because it deprives one of allies necessary to the success of political battles.

This brings me to one last claim of Mr. Williamson concerning “white nationalism,” or at least what goes by that name in his own imagination: viz., that it is hostile to most religions “and especially to the Church Universal,” and that “it is a heresy that cannot be reconciled with Christianity in any form.”

Some persons described as “white nationalists” are indeed hostile to Christianity, while others are practicing Christians. Those with whom I associate generally de-emphasize religious differences — not because we think religion unimportant, but because ours is a political struggle, and we are determined not to endanger its success by falling into the trap of sectarianism. The principle around which we have joined to do battle is the defense of European Man and his civilization; it would not be rational of us to reject allies over theological disagreements (which can never be settled in any case).

Mr. Williams, as stated above, specifically denies that “white nationalism” is a political idea. But if the defense of a people and civilization is not a “political” task, I do not know what the word means. What such a defense can never provide is precisely the sort of comprehensive belief system or substitute religion Mr. Williamson takes “white nationalism” for. We have a battle to win, not a doctrine or system to agree upon—and young people first coming to the movement would be well advised to keep this distinction in mind.

I am aware that Chronicles is “a magazine of American culture” rather than an exclusively political magazine, and that is all to the good: I, too, believe that the highest values transcend politics. But even they will be lost to us if we fail to defend our European, Christian — and, yes, white — civilization from its enemies. It is as momentous a struggle as we have ever faced, and sooner or later, Chronicles’ readers — or the best of them — are no longer going to be held aloof from it by the editors’ ill-informed sectarian polemics against the bugaboo of “white nationalism.”