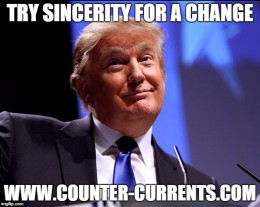 4chan’s “random” (/b/) board has always been a primary source for memes and internet culture, and back in the day if you knew about advice dog you were really cool and part of a super secret club. Our super secret club funhouse is now all grown up and has taken an interest in current affairs. We blessed the world with the term “cuckservative,” which was conceived by Gregory Hood at Counter-Currents [3] but incubated and birthed on 4chan’s /pol/ (politically incorrect) board, alongside constant historical revisionism as /pol/ has evolved from a libertarian inception to a harder, pro-white stance. /pol/ is now more alive than ever as the White Crisis accelerates and frequently has reports from Europeans and Americans about the experiences of living cheek to jowl with racial invaders. “With Open Gates: The Forced Collective Suicide of Europeans,” a /pol/ production, indicates where 4chan lies on the political spectrum.

It is the collective anonymity of angry white men, made manifest in /pol/, that has molded the image of the God-King Trump, the resurgent patriarch, into the absurd grin-worthy meme of a toupee’d Pepe frog. Trump has retweeted this image of himself with an accompanying link to a YouTube meme compilation “Can’t Stump the Trump: Volume 4 [4].”