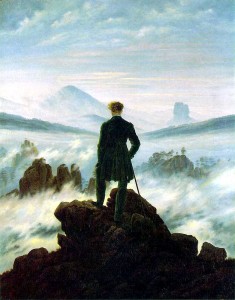 January is named for Janus, the Roman god with two faces, one looking back on the past, the other looking forward to the future. I like to spend New Year’s Eve and Day alone, imitating Janus by reflecting on the old year and planning for the new one. Whereas 2013 and 2014 were turbulent and chaotic years for me, 2015 was relatively peaceful and highly productive. I hope that 2016 will be similar. I’ll be doing the same sorts of things, just more and better.

Last year I resolved to do five things:

I more than doubled book publication, trained and managed people to help me, significantly increased my podcast output (although it was occasional, not regular), and significantly increased my travel, speaking, and networking. I did not undertake the site redesign, and I probably will not do it in 2016 either, but I did take care of a great deal of deferred maintenance.

One bad thing happened in March of 2015, when — under pressure from the SPLC, which was amplified in the pages of the Washington Post — Amazon.com dropped Counter-Currents from its Affiliate Marketing program, which earned us about $6,000/year — a substantial financial hit to a business as small as ours. The SPLC’s aim, of course, is to put us out of business. Fortunately, our readers have rallied to our aid [2]. [3]One good thing that happened in April of 2015 makes me particularly proud: my book New Right vs. Old Right was published in Swedish translation by Logik Förlag. In 2016, French, Spanish, and Polish translations will appear, and translations into several other languages are underway.

I want to thank our writers, donors, proofreaders, transcribers, and all of our readers for their continued loyalty and support. None of this would have been possible without you!