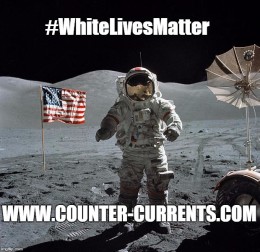 Who are White people? People of European descent are a diverse group of peoples who have been molded by tens of thousands of years of evolutionary history in Europe. Our main ancestors include the hunter-gatherer survivors of the Ice Age, the Indo-European conquerors (who gave us most of our languages and genes for lactose tolerance), farmers from the Middle East, and even a bit of Neanderthal. The above map shows the degree of genetic distance between the peoples of the world. The shorter the distance, the more closely related they are. Perhaps unsurprisingly, Sub-Saharan Africans are less closely related to Eurasians than Eurasian groups are related to each other. But even Eurasians are quite different. See in how small a circle the European peoples fit? Each European people has a unique genetic heritage and variations in characteristics. Everyone knows that northern Europeans tend to be paler and are more likely to have blond hair or blue eyes, but peoples differ in other ways too. For example, the genetic testing service 23andMe reports that: “[A]lcoholism was more common than average among people of predicted Irish ancestry for instance, while people with predicted Balkan ancestry were more likely to describe themselves as extraverts.” Talk about stereotypes! The European peoples and Western civilization are unique in the quality and quantity of their accomplishments. Other civilizations, such as China, Islam, or India, have certainly achieved things. But no one has made so many contributions to art, philosophy, science, good government, and so forth as the Greek, Roman, and modern Western civilizations. The popular Twitter account Europe’s History [5] showcases European artistic and architectural masterpieces from throughout the ages. Can you think of as many African or even Asian works of similar greatness and value?

4. White Decline . . . and the end of Western Civilization? Unfortunately, people of European descent have few children today, about 1.5 per woman. This is partly been the result of attacks on the family and of the feminist idea that having a career is a more fulfilling role for women than nurturing the next generation of beautiful European children. Asians and especially Africans however have had many, many children.

At the beginning of the twentieth century, Whites ruled almost the entire world and made up over a third of the global population. Today, Whites are becoming an increasingly vulnerable global minority. Will the world really be better off when the Europeans, the founders of Western civilization, are marginalized or even gone? There is still time to change course however.

These are the facts, however unpleasant they may be to contemplate, and they will no doubt motivate a great deal of implicit White identity politics and explicit White Nationalism in the coming decades. Many today will fear, and a growing number will hope, that this may one day even culminate in a political revolution and the refounding of a White Republic in North America.