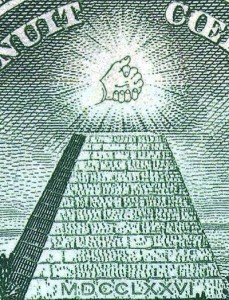 Perhaps the most controversial issue of all, indeed even among White Nationalists, is the so-called Jewish question.

1. Race in the Ivy Leagues

The Ivy League universities are no doubt the most important institutions preparing the American ruling elite. Yesterday’s Harvard and Yale graduates are tomorrow’s high-flying bankers, lawyers, politicians, and media executives.

Whites, often portrayed as a dominant and oppressive group in the mass media, are massively under-represented in the Ivy League universities. The conservative Jewish writer Ron Unz has documented how this is due in large part to Jewish over-representation far in excess even of that community’s relatively high academic performance:

Asians appear under-represented relative to Jews by a factor of seven [at Harvard University], while non-Jewish whites are by far the most under-represented group of all, despite any benefits they might receive from athletic, legacy, or geographical distribution factors. The rest of the Ivy League tends to follow a similar pattern, with the overall Jewish ratio being 381 percent, the Asian figure at 62 percent, and the ratio for non-Jewish whites a low 35 percent, all relative to their number of high-ability college-age students.[1] This appears to be due to pervasive ethnic nepotism, otherwise known as racism, in the Jewish community, leading to discrimination against Whites and Asians. Given that Whites still represent over 60 percent of the U.S. population, that they be a smallish minority in the Ivy Leagues means that they are shockingly under-represented relative to their ability. Yet there is virtually never any discussion of this injustice in the mass media, nor of possible remedies, such as systematic affirmative action for gentiles, or even just plain meritocracy. What’s more, the media to this day often portrays Whites as a privileged elite responsible for everyone else’s misfortunes.

3. The Rise of the Jews at the Ivy Leagues

Given the importance of the Ivy Leagues in educating America’s ruling elite, the changing ethnic composition of these universities can be considered a rough proxy for changes in the ethnic balance of power in the American ruling class in general. There has been a change of power from an essentially WASP elite mostly favorable to White America to a heavily Jewish and liberal elite dedicated to replacing this with a “multicultural” America. Liberals often lament the corrupting influence of campaign finance in American politics, correctly pointing out that a tiny percentage of the population contributes the bulk of donations. Less often mentioned is that Jews form a massively disproportionate and indeed sometimes dominant share of these donors. This has notoriously been the case for the Democratic Party – the Jewish favorite in general as the American Jewish community tends to be liberal. The Jewish Telegraph Agency has even reported: “Obama captured 78 percent of the Jewish vote in 2008, and estimates over the years have reckoned that Jewish donors provide between one-third and two-thirds of the party’s money.”[2] The Republican Party, being relatively shunned by Jews for its pandering to the Christian Right and having access to gentile Big Business, is less dependent on Jewish money than are the Democrats. But neoconservative Jews have been eager to finance and infiltrate conservative causes, especially to secure support for Israel. Democrats and Republicans alike have become notorious for pandering to Israeli nationalists at the annual so-called AIPAC Conference. As shown in the above chart, Sheldon Adelson – a Jewish billionaire who supports an ethnically-Jewish state of Israel and immigration/multiculturalism in America – gave more money to the Republicans in 2012 than the next nine biggest donors put together! As a rule, Republicans tend to be pro-Big Business and pro-Israel, but very rarely pro-White.

As seen in the chart above, the entertainment industry, academia, Internet companies, and the print media tend to overwhelmingly belong to the far left of the American political spectrum. Conservatives frequently fault the U.S. media and cultural establishment for waging a long-term culture war against patriotic, conservative, Christian, and small-town White America, and in favor of a new hyper-individualist, pseudo-egalitarian, and “multicultural” America.

White Nationalists argue that the social cohesion and well-being of countries like Sweden, often praised by the liberal media, can only be achieved in a homogeneous White society. Anti-Semites further argue that elite media are so liberal in part because they are so Jewish.

In America, Jews in general are massively over-represented among billionaires (about one-third), Hollywood (controlling all major studios), television, elite media owners and journalists (the New York Times . . .), finance (Wall Street executives, Federal Reserve chairmen . . .), elite lawyers (including the U.S. Supreme Court), “public intellectuals,” and so on. Jews have also been massively over-represented in the last three presidential administrations, be they liberal Jews with Bill Clinton and Barack Hussein Obama or neoconservative Jews with George W. Bush.

Of course, even with so many Jewish media moguls and oligarchs, there are still many White and even WASP media moguls and oligarchs. These include Rupert Murdoch, Bill Gates, Warren Buffett, and others. But none of these men wake up in the morning thinking of how he can benefit his fellow Whites and WASPs and, on the contrary, as a rule will be pro-immigration globalists, whether under the label “conservative” or “liberal.” In contrast, Jewish oligarchs like Sheldon Adelson and Haim Saban think every day about how they can use their influence to benefit their people both in Israel and the rest of the world. There are also more and more non-White and non-Jewish oligarchs, such as the Lebanese-Mexican billionaire and New York Times co-owner Carlos Slim, who generally support immigration and are opposed to White identity.

Jews then have economic and cultural power far in excess of their numbers in the United States and this must naturally also be felt in the political process. The exact effects of this ethnic bias is heatedly debated, even among nationalists, however most would agree that the results have included:

3. Éric Zemmour, “The Rise of the Shoah as the Official Religion of the French Republic,” The Occidental Observer, May 12, 2015. http://www.theoccidentalobserver.net/2015/05/eric-zemmour-the-rise-of-the-shoah-as-the-official-religion-of-the-french-republic/ [10]