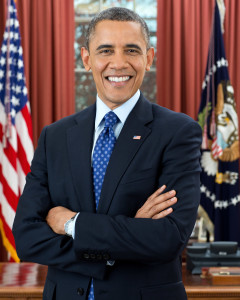 The métis – individuals who are multiracial or multicultural – is by definition conflicted in his identity. He is, as is well known, part of two worlds but is a full member of neither. The result is a great deal of suffering and incomprehension, as the métis must struggle to imperfectly conform to the norms of two different worlds and feel alienation at being a partial foreigner in both.

Unsurprisingly, this leads to significant psychological damage to the young métis, which are well-documented. The National Children’s Bureau, a major British charity, reports that:

[M]ixed race children and young people do experience greater risks to their mental health as they struggle to develop an identity for themselves which they find comfortable. The report points out that young people of mixed race are:

Mono-racial children raised in diverse environments face similar problems. The term “third culture kids” (TCKs) refers to the (often White) children of expatriates living abroad in an alien environment, often with frequent moves (such as children of diplomats, military personnel, upper middle class international work), but can also refer to bilingual children or multinational couples of the same race, etc. TCKs are known to have rather strange characteristics: They tend to be more educated, more likely to experience depression, more likely to commit suicide, more likely to feel alienated, and, paradoxically but perhaps unsurprisingly, more likely to be nationalistic (they often superficially embrace and advertise their nation of origin in response to identitarian unease).[2]

Mixed-race individuals and TCKs then suffer from a perpetual feeling of rootlessness, of alienation, of loss, of not quite fitting in, of never quite feeling at home. Worse, there is an ever-present feeling of a kind of homesickness, of longing for a home one has never known.

No doubt the most famous mixed race individual and TCK today is President Barack Hussein Obama II, who shows many typical characteristics. Obama is peculiar, we must remember, not simply in a being a biracial man with “a mother from Kansas and a father from Kenya,” as he and the media like to emphasize, but also in being a third culture kid who spent virtually his entire childhood and most formative years in Indonesia and Hawaii. For Obama, going to the mainland United States at the tender age of 18 to attend Occidental College, California, was quite effectively like moving to a foreign country. While Obama was raised by a loving White family, especially his grandparents, his deadbeat absentee Kenyan father was an alcoholic, a Marxist, and a polygamist philanderer who killed himself in an automobile accident while drunk driving (his third such accident in his final years).

A feeling of homelessness typical of TCKs and mixed-race youth is the basic narrative thread throughout Obama’s verbose first memoir, Dreams from my Father.[3] Though Obama had yet to make any significant accomplishments, he believed his multiracial/cultural experience and suffering were enough to warrant such a lengthy opus.

In my view, the métis can serve a useful social and cultural role – for he also has many gifts – but he must not be central to society. He is doomed, for his entire life, to a certain degree of suffering and alienation. That is the pain his parents and the world have burdened him with, and he must accept it. But, what is life anyway but suffering? That is how we learn and build character. As the Greek poet Aeschylus wrote: “Wisdom comes from suffering.” Rendered in the American proverb as: “A burned child won’t go near the stove.” The métis has a chance at being wiser than his fellows.

The métis also has a more mundane but significant knowledge of nationhood. An Anglo-Japanese woman knows England both through the experience/self-perception of the English and through the foreign view of Japanese; she knows Japan too through the eyes of England and the experience/self-perception of the Japanese. She then knows not just one country but four. Now suppose a purebred stay-at-home Japano-Japanese: He knows his country only through his own nation’s eyes, he knows not what makes her unique compared to others, for he does not know others.

The métis then has a kind of three-dimensional view of nationhood. His mono-cultural compatriot lives his national life, and this is indeed the way things should be for most, but he does not know his nation in the wider context of her differences with other nations. The métis’ knowledge of the uniqueness of his cultures may well motivate him to work to preserve them. (One is struck for instance at the number of pan-European advocates having been raised or lived in Japan, such as Jared Taylor or Bruno Gollnisch. An intimate knowledge of the extreme culturally-particular Land of the Rising Sun seems to make Europeans more aware of their own precious specificity.)

The métis also suffers, throughout his entire life and right down to the deepest crevices of his soul, from the contradictions and alienation of multiculturalism. This can be a strength: His early experience of suffering can build character and, if the métis is mature, he may be motivated by his suffering to prevent the national dissolution of his fatherlands.

In the case of Obama, he does not seem to have reacted to his pain as a “tragic mulatto” in a constructive way. He writes that he consumed alcohol, marijuana, and cocaine to “push questions of who I was out of my mind, something that could flatten out the landscape of my heart, blur the edges of my memory.”[4]

Today, all nations are being destroyed, slowly but surely (even Japan and China, I would wager are not as secure as we may think). In the European World, the world which concerns us, our nations are being destroyed through a combination of Zio-Americanization of mass and elite culture, and displacement-level immigration from the Third World. The head is being transnationalized by an international, Atlantic, and heavily Zionist plutocracy, the base is being Balkanized through mass Asian/Hispanic or African/Islamic immigration, as the case may be.

In this, Provence and Texas are equally victims of New York and Hollywood. We are all becoming homeless mongrels. Today, native Frenchmen are increasingly foreigners in their own country, forced to passively suffer, adapt to, and conform to the English language and a forced “American Dream,” and to an emerging Afro-Islamic majority. The Anglo-Texan is no different, seeing everything he holds dear be destroyed, his culture desecrated by TV and film producers (watch King of the Hill), and his land shockingly rapidly reclaimed by Mexico through sheer force of numbers.

If the métis is mature, he will want to prevent his own affliction from befalling all of his compatriots, but rather will use his special knowledge for the noble purpose of developing and perfecting the genius of each nation, in all their glorious personality.

The pain of the métis stems from the disharmony between the individual, the family, and the society. In a genuine nation, these are in harmony: the individual is educated by a French family and a French society in which both individual and family are embedded. The nation is not known but lived. All is different for the TCK: The family’s culture does not correspond to the society’s, leading to constant tension and contradiction between the two.[5]

A White American child raised in France, for instance, would be torn between the assumptions of American culture (the First Amendment, individualism . . .) and the assumptions of French culture (statism in both cultural and socio-economic life . . .). The child would never be able to reconcile the two but would, at best, learn to navigate the two, which is a good deal more difficult than simply living one’s own culture.

Barack Obama is quite skilled at this kind of navigation, able to present as an “articulate” Black man to White liberal audiences hungry to prove their anti-racism, and do various “Black” things such as energetically preach in Black churches or fist-bump Black janitors. This is not such an easy thing when one considers the chasm between ghetto Black and middle class White cultures in America (he is greatly aided by the fact that liberals pretend to embrace Black culture to be “cool” and by the heavy promotion of ghetto Black misbehavior to all American youth in pop culture, e.g. gangster rap, Miley Cyrus, etc).

If one is merely a bicultural TCK, then one navigates two cultures. If one is a biracial individual, then the conflict is in the blood. A young “tragic mulattress” doesn’t know whether to start “twerking” with ghetto Blacks or play Mozart sonatas in mother Europa. (You can’t do both in good faith.) The White-Black half-caste in particular is driven mad, embittered by the abysmally tragic contrast (and really that is too weak a word) between the innumerable and manifestly glorious accomplishments of Europe,[6] and the reality of Sub-Saharan Africa.

Obama made a particular choice, as all métis must choose sooner or later, of consciously rejecting White America/Europe and embracing African-America. Obama writes on touring Europe: “And by the end of the first week or so, I realized that I’d made a mistake. It wasn’t that Europe wasn’t beautiful; everything was just as I’d imagined it. It just wasn’t mine.”[7] He admits to dumping a White girlfriend on racial grounds. Instead, he chose to embrace Black America, marry into a middlebrow Black family, move to Chicago, and spend a life agitating for the Black American race through “community organizing” and ethnic litigation.

Personally, I cannot quite see the appeal of the Bantu over the European,[8] but the young adult Obama’s choice was perfectly “patriotic” so to speak. Torn between two cultures, he rushed for one, even as he noted the similarities between fatherless households in both Kenya and Chicago, the latter having mysteriously reproduced African reproductive patterns across the thousands of miles of the Atlantic . . . He was rejected by a part of the Black community as an upstart and an alien, not a legitimate descendant of slaves, but no matter, he made his choice and has lived with it since. He made his bid to find a home in Black America.

In a mono-racial individual, the call of the blood is the life instinct, the urge to defend one’s tribe and people, the basic biological drive behind both disorganized ethnocentrism and political nationalism. The mixed-race individual is lost however: Which way does the call of blood pull? That is a choice each must make.

5. Things are even worse in an officially multinational/multicultural society. In this case all national self-assertion is suppressed and government is reduced to shallow inter-ethnic compromises between elites, then insincerely implemented by the various groups. This sort of thing accounts for instance for the dullness, ugliness, and contradictions of the Belgian and Canadian regimes today, but really all Western nations are heading for this. This was also evident in the old Austro-Hungarian Monarchy, the ugly compromises of which drove the young Adolf Hitler to wild fits of rage in fin-de-siècle Vienna.

8.  Though I would add, given the alienated and truly degenerate state of Europeans today, and the possibility that Sub-Saharan Africans will replace them even in Europe herself, the primal Bantu virtues are acquiring a certain glory.