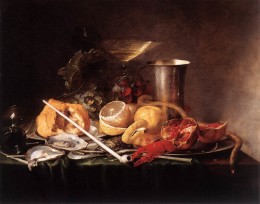 2. The best electoral news of 2015 comes from Poland, where the populist and euro-skeptic Law and Justice Party is now in power. Astonishingly, the Left-wing parties did not win a single seat. For more details, read Jarosław Ostrogniew’s Counter-Currents article, “The Polish Parliamentary Elections of 2015 [4].”

Racial, ethnic, and religious diversity are sources of conflict when they have to coexist within the same political system. There are two ways to learn this: the easy way of reason — and the hard road of experience, that is to say: suffering. And when one learns this lesson, there are two ways to fix the problem: though peaceful ethnic separation [5] — or violent ethnic cleansing.

Unfortunately, more people learn through suffering than reason, which is the source of the saying “Worse is Better [6],” which means: the worse for the system, the better for those of us offering an alternative. The system is on a collision course with ethnic reality. For White Nationalists, it can’t come fast enough, because our people are more likely to react to quick and sudden ethnic displacement than to our present slow decline into extinction.

2. For the same reason, the continuing Black Lives Matter agitation in American cities and on college campuses also plays into our hands. It is a delicious spectacle to see liberals and Leftists consumed by their own creatures. Because of their low average intelligence and high levels of impulsive and psychopathic personality traits, blacks act essentially like a race of dangerous, overgrown children. They need adult supervision or they will descend into Lord of the Flies levels of barbarism. They hold irrational beliefs and tender unworkable demands. A society that cannot say “No” to them will simply be destroyed, and the Leftists in academia and large cities who have been suckling these vipers will be the first to feel their teeth. In 2014, I thought [7] that pandering to blacks might have peaked, and I predicted that in 2015, authorities would start saying “No.” I was mistaken, but I’m not broken up about it. The prospect of seeing college presidents and big city mayors roasting on figurative spits in 2016 is consolation enough.