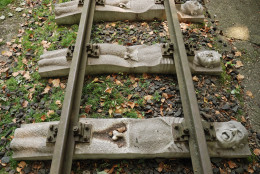 Why go to Calcutta, when you can bring Calcutta home?

Great historical changes are often sparked by trivial events, but have deeper causes going back for generations or even centuries. The immediate trigger of the horrifying events currently unfolding in Germany is said to have been a “tweet” casually sent out August 25 by the Office for Refugees and Migrants of the German city of Nuremberg. The “tweet” merely stated that Germany was no longer applying the accepted EU rule that applications for asylum must be made from the first EU country a person enters. Within hours, a large part of Western Asia had been apprized of the change, and an army of fraudulent “Syrian refugees” was on its way to Germany from every country between Gambia and Afghanistan.

Chancellor Angela Merkel, who once curried favor with the gullible by declaring that “multiculturalism has utterly failed,” now says there will be no limit to the number of migrants Germany will accept, pathetically requesting that not more than 800,000 show up the first year. The German newsweekly Der Spiegel recently depicted her as the second coming of Mother Teresa.

The public, as so often in our days, is confused by the contradiction between what it hears and what it sees: told of desperate refugees fleeing violent death, they see crowds of smiling, healthy young men waving the V-for-Victory sign or chatting on cell phones. As the Pope commands them to receive the swarthy hordes with Christian charity, a prominent Imam is filmed proclaiming: “We will trample [the Europeans] underfoot, Allah willing.” Solicited for donations to alleviate suffering, they behold migrants throwing donated supplies from railway platforms the instant they are offered. Of course, there is always a humanitarian crisis, as the term is presently understood, going on somewhere. Decades of peace and prosperity have caused flaccid Westerners to view eternal aspects of the human condition such as war and poverty as “emergencies” to which all else must be sacrificed. And Germany is an especially easy target for the sort of emotional and moral blackmail. All of us in the West are supposed to be responsible for the ills of the rest of the world, but only Germans have had their identity entirely constructed on guilt for seventy years. The “denazification” process in post-war Germany was in many ways the original form of political correctness, later adapted for use in America and elsewhere. In some ways, it has never ended: a large proportion of German news reports contain breathless segments on the danger of “right wing extremism,” which is always said to be growing. Posters and advertisements remind Germans that they must accept foreign immigrants because “everyone is a foreigner almost everywhere,” or pictures of smiling Asians proclaiming their alleged “love” for their German neighbors and implying that said neighbors are finks if they do not return the sentiment. The litter left behind by allegedly poor refugees

But perhaps the most typically German way of inculcating guilt is the Mahnmal. Dictionaries translate this word as “memorial,” but that does not capture the peculiar tone of moral condescension conveyed by the original. Mahnen, in German, is to admonish, as one admonishes a naughty child; the word also suggests ermahnen, to exhort. A Mahnmal is a memorial that speaks down to you, telling you what to think and feel, and above all suggesting that without the help of the good people who erected it, you could not be trusted to act decently, or even to keep from turning Nazi.

Thousands of such Mahnmäler are strewn at regular intervals across the German urban landscape. Pictured below is one of my favorites, located across from a luxury department store in Berlin: Many Mahnmäler are deliberately ugly, as if to constitute in themselves a kind of punishment for the beholder: But is the German guilt complex only a post-war phenomenon, a mere internalization of their conquerors’ view of them? I do not think so; if it were, it would never have been able to sustain itself for seventy years, with no sign of flagging even now.

One clue to the deeper sources of German masochism is the success of Martin Luther in the 16th century. Luther and his fellow reformers developed to an extreme degree a tendency always present within Christianity—the doctrine of grace. This doctrine, with its roots running down through Augustine to Paul, emphasizes the unavoidably sinful nature of man and his utter inability to overcome his corrupt nature in the absence of divine grace. Luther tells his congregants, in effect, “you are nothing but miserable worms, entitled to no better than hellfire and eternal damnation—not so much for what you have done, although you have never done anything good, but because of what you are: an heir to the original sin of Adam. God, for inscrutable reasons of his own, is going to suspend this most just fate for a few of you through an unbought act of his grace. But never forget that you don’t really deserve this.” Sinner in the Hands of an Angry God

It takes a special kind of person to respond positively to such a teaching. The man on the street is and shall always remain a Pelagian: he thinks heaven is for good people and hell for bad. But through the ages there have been recurrent episodes of enthusiasm for the doctrine of grace. And to judge by the success of Luther four hundred years ago, an unusually large proportion of those susceptible to such enthusiasm appear to be concentrated in Germany.

The difference between today’s German guilt complex and Lutheranism is that in the new version there is no salvation: the German is just supposed to keep repenting and keep being told to go to hell.

Like so many European vices, moral self-flagellation is an unhealthy excess of a virtue: the capacity for self-criticism, the refusal to remain satisfies with what one is. European man could not have achieved great things in the absence of such a tendency to fight against his amour-propre. Today, European self-criticism is increasingly looking like a suicidal impulse. It is somehow fitting that the crisis is unfolding in Germany.