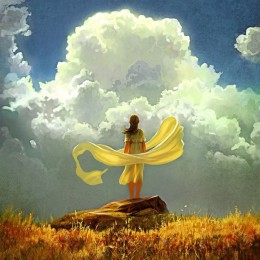 According to Malcolm Gladwell’s The Tipping Point [4]

(discussed here [5] and here [6]), Connectors — people with friends and acquaintances in many different social worlds — are crucial in making information go viral. But where do they get their information?

To answer this, Gladwell introduces the concept of Mavens. Mavens are collectors of information. In the economic realm, Mavens are people who collect information on prices and products. They are an inexhaustible source of comparisons, rankings, and tips. Mavens are the kinds of people who type out 1,000 word reviews of pillows on Amazon.com. If you are buying a computer, talk to a computer Maven. If you are buying a car, talk to a car Maven.

Being a market Maven naturally has economic advantages. But that is seldom their primary motivation. Mavens generally collect this sort of information simply because it interests them, and they share it simply because they want to help. And because they are not paid pitchmen, their recommendations carry a great deal of weight.

Gladwell’s focus is on market Mavens, but the same motives and personality traits are present in scholars, especially academic researchers, who pursue often highly specialized knowledge as an end in itself, but whose efforts often have wide-ranging practical consequences. Although Gladwell does not mention the autism spectrum, the Maven’s intense and disinterested pursuit of fine-grained knowledge points in that direction.

There are many Mavens on the Right, and they play an important role. They are the people who compile quotes, links, and concrete illustrations. They are the people who like to crunch numbers. But Mavens are often underappreciated. Activist types dismiss them as pimply-faced nerds lacking a sense of political utility and urgency. But right now we are in a war of ideas, and Mavens collect and deliver ideas that we can weaponize.

The more Mavens the New Right attracts, and the happier we make them, the stronger our movement will be. But to find and cultivate Mavens, we have to understand them, which is why Gladwell is so helpful.

Gladwell’s discussion of Connectors and Mavens also turns out to be a discussion of Jews. The Connectors and Mavens profiled by Gladwell all seem to be Jews. When he offers a way to rate your connectedness by counting the number of people you know whose surnames match randomly chosen names from the New York City telephone directory, the test obviously has a pro-Jewish bias. I am a highly connected person, but I make it a point of not knowing people named Alpern, Aran, Arnstein, Ballout, Bamberger, Blau, Bohen, Borsuk, Brendle, Cohen, Cohn, Eastman, Fermin, Finkelstein, Farber, Falkin, Feinman, Friedman, etc. (to choose from the first dozen lines). Gladwell even mentions that the word “Maven” comes from “the Yiddish.” Since Gladwell lives in New York City and works for The New Yorker, one might dismiss the judeo-centrism of his analysis as simple sampling bias. But the more interesting possibility is that a propensity to being Connectors and Mavens contributes to Jewish success and social dominance. Which recommends his analysis to other groups that aim for social dominance.

Information and connections alone are not enough to make ideas go viral, however. The third essential component is action. People must be persuaded to actually buy a product or an idea. Hence Gladwell’s discussion of Salesmen, whose main traits turn out to be weaponized information and charisma (these are my terms).

Salesmen have to command information. But it has to be weaponized. The best salesmen have a vast repertoire of facts and arguments to answer every objection. Talking points, in other words, and the ability to deliver them.

Charisma is a form of charm and attractiveness that makes people want to look at you, listen to you, agree with you, even obey you. Charisma is a non-rational form of persuasiveness. It is a non-violent form of coercion. It is “force of personality.” It can lead to action without appeal to reason or force. Charisma is a mysterious phenomenon, but Gladwell cites a couple of scientific studies that throw some light on it.

Charismatic people are exceptionally good at communicating their inner state not just verbally but also through subverbal cues. If these become contagious, they can change our way of thinking. A salesman who smiles can make us smile. A salesman who nods can make us nod. And if we smile, we are more likely to feel happy. If we nod, we are more likely to agree with what is being said. When this form of non-rational persuasion is wedded with facts and well-delivered arguments it has the power to change the world.

The Stickiness Factor refers to the fact that ideas that stick in our minds are more likely to spread. Therefore, if you want to make ideas viral, make them memorable. Make them simple, state them elegantly, make them concise, make them rhyme, associate them with striking images, etc. Gladwell’s discussion deals mostly with children’s television, which is not really relevant to politics, although it illustrates the idea that sometimes tinkering on the margins can dramatically transform the stickiness of a message. The most important lesson of the chapter is that information becomes stickier if it is accompanied by an opportunity to act on it immediately. (Which, for one thing, has given me some ideas for tweaking the design of the Counter-Currents site.)

The most important element of Gladwell’s discussion of Context deals with the critical role of groups as the incubators of viral ideas. This illustrates nicely the harmony of the two branches of metapolitics: propagating ideas and building communities. If you want ideas to become sticky, discuss, practice, and embody them in a group. Groups also amplify the connectivity of ideas, for each member is connected to a different set of people.

Gladwell cites interesting research on the ideal scale of groups. Given the limits of the human mind to keep track of individuals and relationships, we can maintain genuine personal social interactions with a maximum of 150 people, which is why Hutterite colonies split when they reach 150 members. Larger groups require impersonal, mediated forms of organization, which can scale to encompass billions. The law of 150 is worth remembering for those who wish to organize White Nationalist tribes and fraternal orders. Such groups are not a substitute for civilization, but they can be vehicles for preserving Western Civilization in a battle with invaders and parasite tribes.

I highly recommend The Tipping Point. I have only been able to hit the highlights in my discussion. Gladwell offers many useful analyses and case studies of how ideas and products go viral. But he makes it clear that these processes also depend upon countless contingencies, which make it impossible to plan, predict, and control them. The good news is that the same contingencies make it impossible to suppress viral ideas as well.

The role of chance also means that each and every one of us may be the last straw, the one who tips the balance. That fact is empowering, so long as we recognize that these processes cannot be planned or controlled. So we should detach ourselves from the outcomes and look for intrinsic rewards in the struggle. We should regard it as a moral duty, and we should also try to have as much fun with it as possible. And if enough of us dutifully and joyfully muck around, creating memes and real-world relationships, we might luck out and change the world.