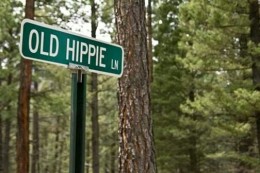 To an Aging Countercultural Twit

At Woodstock you went walking in the nude,
But you were high on pot, and just a teen—
Your life is now more upscale and subdued,
And tinted with environmental green.

You still think Marx a genius, but not quite
As brilliant as Adorno or Marcuse;
Despite rheumatic damps, you will ignite
If someone sparks your old New Leftist fuse.

Gone with the wind. Like Rolling Stone and Mao,
They’ve slipped into the dustbin of the past.
The only places that give solace now
Are Berkeley, North Korea, Cambridge Mass.

You’ve joined a health club, and you watch your weight.
Macrobiotic meals and exercise
May also undermine the bourgeois state
And work against the hegemonic lies.

Take vitamins, fruit juice, and lengthy hikes
But take them with a grain of salt. Perhaps
Organic foods and stationary bikes
Will not stave off the ultimate collapse.

Romantic Triangle, With An Ice-Pick

In 1937, the renegade Communist Leon Trotsky (real name:
Lev Bronstein) came to Mexico with his family and took up
residence with the painter Diego Rivera and his wife Frida
Kahlo. An affair developed between Trotsky and Kahlo, and
Rivera demanded that Trotsky leave. Soon afterwards in
his new residence in Mexico, Trotsky was assassinated by
an agent of Stalin.

Leon Trotsky fled to Mexico
Because he had no other place to go.
The muralist Rivera gave him shelter
Forgetting that the baser passions swelter
Even in icons of the Classless State.
Trotsky got hard for Diego’s mate,
A crippled girl named Frida, whose dark urges
Made her subject to erotic surges.
Trotsky, who was known to have a knack
With ladies, soon had Frida on her back.
Diego loved the Revolution’s leader,
But drew the line at Trotsky screwing Frida.
He gave the Bronsteins notice to depart
And so they did, to make another start.
Meanwhile, Stalin issued secret orders—
An agent was dispatched across three borders
To find poor Trotsky and to take him out
(Back then Stalin had a lot of clout).
Upon arrival, this fell man inquired
Just where Trotsky lived. What then transpired
Is too well known to tell again in rhymes:
Trotsky paid for all his horrid crimes.
The agent managed to pull off a nice trick
Involving Trotsky’s skull and a sharp ice-pick.
Diego’s outraged honor was appeased.
And Stalin? Well, let’s just say he was pleased.
Now some will argue there is no connection—
There really isn’t very much protection
When you’re the target of a tyrant’s wrath.

But humping Frida sure helped smooth the path.
If Trotsky hadn’t felt up Frida’s bottom,
Maybe Stalin never would have got him.
He might have lived a few more years to write
And bring more inconvenient facts to light.
That’s the tale, and herein lies a lesson:
When you are a house guest, don’t start messin’
With your host’s wife. That is not well-bred—
Something may be poised above your head,
And it’s not wise to lust for carnal juncture
If it leads to deep cerebral puncture.

God save us from the health food freaks,
That enervated pallid crew
Of nerdy little tightassed geeks
Who live on tea and veggie stew.
I wish I even vaguely knew
What drives these dopes to munch dry seeds,
To dine on stuff that tastes like glue,
To live on cornflakes, bran, and weeds.

Just gaze upon their hollow cheeks,
Their skin devoid of glow or hue.
When one of them pipes up and speaks
It sounds like death is overdue.
These morons seem to take their cue
From quack physicians whose dull screeds
Insist that one should only chew
On cornflakes, tasteless bran, and weeds.

The young, the middle-aged, antiques—
All sorts are strict adherents to
A diet of dried beans and leeks,
Of fruit juice, yogurt, sprouts. Now who
The hell would choose that witches’ brew
To satisfy his body’s needs?
No person ever thrived or grew
On cornflakes, withered bran, and weeds.

Prince, advice from me to you:
The state’s endangered by such creeds.
Go after them. String up a few
Who live on cornflakes, bran, and weeds.

A poet is a silly sod
If he thinks he’ll earn a wad
Of money from his verse transcendent—
You’d make more as a john attendant.
This has been the decree of Fates
From Homer up to Butler Yeats:
Obscurity and empty purses
Shall dog poor fools who write in verses.
You only turn this trade to bucks
By teaching it to dumber schmucks.

Homage to the Cultural Contributions of Native Americans

Columbus bumped into this wondrous land—
Out of his ships came a little band
To offer up thanks on the golden sand.

Chris found three things that can wreck your brain,
Each one endemic to this domain:
Tobacco and syphilis and cocaine.

As soon as Chris planted the Spanish flag
An Indian gave him a heavy drag
From a pipe filled with Virginia shag.

The voyagers put up a wooden fort,
And an old chieftain who was a sport
Offered Columbus a line to snort.

An Indian princess in native wrap
Sat in Columbus’s spacious lap
And gave the explorer a dose of clap.

Soon things were spreading in all directions—
Coca leaves, pipes, and the crew’s erections
Produced new addictions and strange infections.

After recrossing the Spanish Main
Columbus came back to the King of Spain
And spoke to his master in language plain:

“They’ve got a brown weed that is swell to smoke,
And a white powder you sniff, called coke,
Though used in excess they can make you choke.”

Said Chris, while he puffed on a big cheroot,
“As for the women, they’re really cute,
With morals as light as an oaten flute.”

The captain soon paid for these novelties—
Tobacco smoke caused him to cough and wheeze;
Abuse of cocaine made his nostrils freeze.

But one thing especially fueled his rancor—
Columbus developed an ugly chancre,
And cursed the day that he had dropped his anchor.

And so the Old World got a set of curses
That filled up the hospitals and the hearses,
And what is more, and what’s even worse, is

Columbus got blamed for these three new vices.
Although he found gold and exotic spices
The wealth he brought home only jacked up prices.

Demand grew for doctors and funeral sculptures
As plagues turned poor folks into food for vultures.
How nice to be open to other cultures!