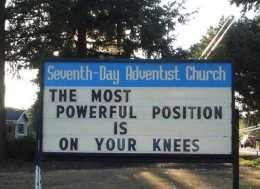 In the United States, the center-Left Democratic Party is a coalition of white liberals, non-whites, sexual minorities, religious dissenters, and environmentalists, in which the organized Jewish community is the senior partner.

The center-Right Republican Party is far less diverse: 90% of its votes come from white people — disproportionately male, conservative, straight, family-oriented, and Christian white people. The Democrats are increasingly the party of the underclass and the super-rich. The Republicans are increasingly the party of the middle class. Republican voters typically want a smaller, less-intrusive, fiscally responsible government that leaves them the freedom to raise their families, produce wealth, and carry forward a nation and way of life that their ancestors created and that suits them just fine.

The Republicans are the party of the people who built and sustain America. If every Democratic voter dropped dead, we would lose 10% of our most creative people and 90% of our craziest, crookedest, and most destructive. The result would be a slightly boring but highly productive, orderly, and happy society — Switzerland on a continental scale.

However, if you look at Republican politicians and pundits, you would think that the exact opposite is true, for they completely accept and cringingly fear the moral authority of the Left. If the Left calls Republicans “racists,” they obsequiously choose a black running mate, adopt a black child, or avow their belief in color-blind individualism. Only a few Republicans actually talk back to the Left, but most spirited response you’ll find is “You’re the real racists,” which of course does not challenge the underlying premise that racism is evil — or the deeper assumption that the psychotic parasites of the Left have any moral authority whatsoever.

The Democratic Party has no qualms about representing the interests of its constituencies. It offers upward mobility to the marginalized, and to its white constituents, especially the refractory straight male ones (especially those who happen to marry white women and reproduce themselves), it offers the promise of absolution from collective guilt for an ever-growing litany of isms and phobias by taking active part in their political dispossession and cultural degradation.

The rules of Democratic politics are simple: every group can appeal to its particular interests except whites, particularly straight white males. Whites have no collective interests, only collective guilt for the sufferings of the rest of humanity. Any hint of positive white self-awareness, much less organized white-interest politics, is stigmatized as racism, nativism, even National Socialism — and we know where that leads.

To exist, the Republican Party needs to get middle class white people’s votes. Astonishingly, though, Republicans will not appeal to the ethnic interests of white voters. But they will appeal nakedly to the crassest ethnic interests of blacks, mestizos (including outright invaders), and Jews — groups that persist in giving most of their votes to Democrats.

Republicans will occasionally “dog whistle” — i.e., make vague, coded references — to the racial interests and anxieties of whites, albeit merely to fleece them of votes, without any intention of lowering themselves by actually doing anything. The best that white Republicans can hope for is to be the indirect beneficiaries of “implicitly” white policies framed in universalist terms.

By treating appeals to white ethnic interests as simply immoral, Republicans are, in short, playing by rules dictated by the Democrats. And of course the Democrats have rigged the rules in their favor. Republicans and the Left are decrying the term for being inherently “racist” and sexual, and they are right. It is also inherently anti-Semitic.

The core of cuckoldry is a violation of one’s genetic interests. When the cuckoo lays its eggs in another bird’s nest, tricking them into incubating and feeding its young, it is advancing its genetic interests at the expense of the cuckolded birds. (The first act of a cuckoo chick is to murder the birds’ real offspring.) When a man is cuckolded, he is tricked into caring for another man’s children instead of his own. The male horror of cuckoldry is older than the human race itself. If a widowed lioness has small cubs, a male lion will kill her cubs before he mates with her, rather than provide resources for another lion’s offspring. Male lions kill the cubs fathered by other lions rather than take care of them.

There are three main reasons why Republicans have consented to playing by the Left’s rules.

The most superficial reason is that they fear bad press, social shunning, or a face-to-face encounter with a foul-mouthed, finger-jabbing, hyper-aggressive Jew. (For instance, the infamous Michael Hart incident at the 2006 American Renaissance Conference.)

A third and deeper reason that Republicans refuse to play the white race card is they think that their ideals of liberty and limited government are universal rather than tribal anyway. So there’s just no upside to tribal appeals (beyond a little dog-whistling in a tight race). Yes, Republicans are aware that forswearing white identity politics puts them at a disadvantage, at least in the short run. But since they believe in the universality of their principles, they believe that non-whites can eventually come to embrace them too. Republicans think they just need to show sufficient openness — and suppress all manifestations of white ethnocentrism — to bring them around. Until then, they are willing to pander to non-white ethnic interests, but merely as a means of converting them, not as an admission that ethnic politics and unassimilable minorities are here to stay.

The rest of the human race does not aspire to be like white people. The immigrants coming here do not wish to assimilate our values and contribute to our civilization. We are not even trying to assimilate them anyway. Instead, they are just coming here to take the fruits of our civilization. They don’t want to be us, or be part of us. They just want to dispossess us.

For nearly 1,000 years, the Chinese practiced a horrific form of torture called lingchi [6], the death of a thousand cuts, in which a victim was tied to a wooden frame and then slowly cut to pieces. The full torture took three days and involved 3,600 cuts. (Lingchi was abolished only in 1905. The Chinese skin animals alive to this day.) To prolong the agony, the victims were given opium so the pain did not cause them to lose consciousness or die too quickly.

The grandiose notion that white tribal values are actually universal, and that the rest of the world will become part of our community — without them or us even trying — is nothing but an intellectual opiate that numbs white Americans as we lose our wealth, our power, our homelands, and our futures to non-whites slice by bloody slice.

The cuckservatism controversy is an important opportunity for White Nationalists. The concept has caught the eyes of the mainstream. It perfectly encapsulates our critique of the Republican Party. Wherever the term is being discussed, we need to be there, and we need to follow the lead of Michael Enoch and Hateful Heretic [7] of The Right Stuff, who are stating our case in simple, sincere, moderate language.

This is an opportunity to awaken white Americans to four facts.

So far, the Republican response has been standard stupid party. The true believers are reiterating their faith in universalism and stigmatizing the term as racist. The prigs are also claiming it is anti-Christian and pornographic, so don’t go there. The tinfoil hat crowd are accusing us of being Democratic infiltrators.

Still, it is slowly dawning on Republicans that they are in a deep hole. We are leading the best of them toward the light. But some of them will die in that hole. Let’s make sure our race does not die with them.