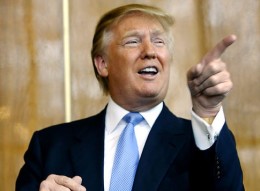 [1]It’s been a great summer to be a White Nationalist. The Charleston Massacre [2] was certainly a tragedy for the victims and a misfortune for our cause, but the Left’s ham-fisted overreaction has convinced more Americans than ever of what we’ve been trying to tell them all along: This system is looking for any and every excuse and opportunity possible to disrespect, disempower, and displace White Americans, their communities [3], their families, and their symbols.

Even the assault on the confederate battle flag is great news for nationalists (and not just Southern Nationalists), because the popular discourse is shaping up along stark lines: Are you pro-White or anti-White?

True to the fate of the men who marched with it, it’s better for the flag to fall while remaining a symbol of White Southern defiance than to remain standing as a co-opted “Rainbow Confederate” symbol of the corrupted and cuckolded “New South.” Rednecks across America who happen to have a “rebel flag” on their back windshield are being forced to ask themselves a polarizing question: Am I proud of or ashamed of my White heritage and identity?

The lost battle to fly the stars and bars over South Carolina is no reason to lose hope. After all, the flag, like the South itself, can always rise again.

The Donald made an even bigger splash this summer with his candidacy than even perhaps he — as egotistical as he is — could have imagined. A shrewd and observant businessman who’s made billions off of his gift for identifying lucrative investment opportunities hidden in plain sight, Trump leaped onto a premium opportunity to make the entire political conversation about himself: offer brutally honest talk about our nation’s broken and destructive immigration system.

Trump cut through dozens of limp-wristed Tea Party libertarians, social conservative mumblers, and minority token candidates to land in the top spot in the polls and become the candidate that the other candidates are forced to react to with this one weird trick: Honestly and directly address White issues. To quote Ann Coulter, whose latest bestseller–¡Adios, America! [4]–is scandalizing Beltway orthodoxy, “Drive up the White vote. That’s your base! [5]” But that’s all it is for him, a weird trick. Granted, an eccentric billionaire who’s beholden to his own ego rather than to Jewish and globalist financial backers is probably preferable to the rest of the available contenders. But he’s not one of us. He’s not pursuing shared interests. He doesn’t have shared goals. Trump is approaching this political campaign as a businessman, not as an ideologue, and he’ll follow the money and ego gratification away from White Interests as quickly as he followed the money and ego gratification toward White Interests.

Discerning who one should and should not politically support requires a lifecycle approach rather than a simple issues-oriented litmus test. Has Donald Trump established a record of nationalism and/or traditionalism which these positions are naturally aligned with? Has Donald Trump taken stands in the past for the American people against Organized Jewry and its multinational corporate lackeys? Do Donald Trump’s personal life and private decisions indicate that this man is even remotely aligned with our vision.

To ask is to answer: No. Let’s not be Trump’s chumps. Let’s keep a healthy distance from endorsing or supporting the man, lest we discredit ourselves and our ideals as his true colors inevitably emerge.

Trump’s populist candidacy most certainly presents opportunities for nationalists. We can learn from both Donald Trump and Ann Coulter several lessons on how to effectively present our message to normies in an accessible and populist manner. We can ramp up our coverage of and activism relating to these issues with the hopes of attracting the attention and support of the hundreds of thousands of men and women who’ve become evangelized and energized by these mainstream figures.

In Ann Coulter’s case, I even think we should resist the urge to draw attention to the ways that she’s not aligned with our vision, given her impressive history of advancing issues dear to identitarians and traditionalists. Yes. She’s a bit of a pro-corporate libertarian and a supporter of Zionism, but she’s certainly not known for those issues, and she’s certainly not focused on those issues. In contrast with Donald Trump, Coulter has consistently and repeatedly shifted the national conversation closer to a conversation about our issues, and she deserves an exception to the argument for polarization which applies to Rick Santorum, Rand Paul, Ted Cruz, and other ovenworthy [6] right-wing populists.

We have nothing to gain from attacking Donald Trump while he’s spreading our message, but we have a lot to lose by endorsing and supporting the man. While there’s an understandable impulse to rally behind a powerful man who shares our vision, Donald Trump is only standing behind one sliver of our total vision, and he’s only been doing it for a few weeks. Until a powerful man emerges who truly and completely shares our vision, we should resist the urge to endorse or support any man.

Better yet, let’s find the right powerless man who truly and completely shares our vision . . . then make him powerful with our tireless support for him.