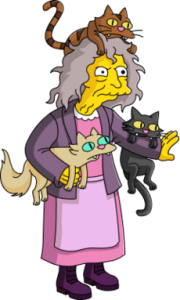 Obama’s speech in El Paso a few weeks ago began with a feel-good story about a graduation ceremony in Miami in which over 180 flags were marched across the stage – one for every nation that at least one student in the graduating class had invaded from. As each flag crossed the podium, that nation’s invaders cheered. “But then, the last flag, the American flag, came into view, and everyone in the room erupted in applause. Everybody cheered.”

This is, in a sentimental chestnut, the vision for America’s future which has replaced the traditional vision upheld by our forefathers. It’s an inversion of it, one in which America is not only something other than a great nation – it’s the anti-nation. The flag no longer symbolizes the founding values, values by and for a specific nation of people from throughout Europe who were integrating into a shared Anglo-American identity. The flag symbolizes the singular vision of the tens of millions of foreigners of varying legal statuses stampeding in: a free lunch at our expense.

Obama assures us that they’ve embraced our ideals and precepts. While most who parrot the recent idea that America is a “notional nation” shy away from explicitly defining the national notion, he came right out and admitted it: “opportunity”. “Pursuit of opportunity” is a euphemistic way of saying “pursuit of self-interest”. They’re here to get stuff, not to embody Enlightenment ideals, practice the Protestant work ethic, and watch the big game alongside the buffoons they’re replacing. They’re doing what’s in their interests by coming here, just as our hostile elites are doing what’s in their interests by inviting them here.

What’s curious is why so many ordinary White Americans are inviting them here. By what logic would we knowingly and willingly give up our inheritance, our infrastructure, our power, and our very future to an ever-growing horde of intruders who no longer even pretend to take assimilation seriously? America’s media and academia encourage and promote this madness, but there’s a method to the madness beyond the influence of our enemies. It’s a mindset ripe for this sort of manipulation.

It’s the mindset of a cat lady.

America has become the world’s cat lady, throwing its door wide open to whoever wants in. Cat ladies are motivated by an unthinking sentimentality that does the cats more harm than good in the long run. The cats don’t care if it’s sustainable or even tolerable for the lady, they just want in from the cold and in on the free lunch. The promoters of amnesty and open borders can’t define a point at which America’s charity would stop – because there isn’t one. Expecting the illegal immigrant to consider the welfare of his host country is as absurd as expecting a cat to consider the welfare of the old woman.

Ultimately the act which feels like charity becomes intolerable for all involved, including the parasites. Before you know it, they’ve taken the place over, refuse to be domesticated, and even threaten and attack their hosts. Obama openly mocked the growing number of Americans who are concerned about border security with jokes about “moats with alligators”, he spoke to the largely Hispanic crowd as a cat among the cats which have taken over the house, offering  up citizenship to the untold tens of millions here and the untold tens of millions on their way here.

We’re right, both logically and morally. We can’t, however, walk into the trap our enemies have set for us of being the heartless villains intent on being cruel toward immigrants. It’s both impossible and wrong to strip our fellow White Americans of the spirit of charity and sacrifice. White folks, especially the well-fed ones in their suburban subdivisions, can’t think the way the rest of the world thinks: in simple and stark selfish interests. Even if one could beat the Christianity out of us, the Christian themes and attitudes carry on in the mind long after God dies. It’s probably innate, as our pagan forefathers were already abstract, idealistic, and altruistic long before those impulses found expression in Christ’s message. The problem isn’t with charity, per se, but with the unthinking and unsustainable charity typified by the neighborhood cat lady.

If foreigners have a natural disaster, we’ll chip in. If their people are starving and we aren’t, we’ll do our share to help alleviate their suffering. But the solution these non-Whites want is to move over here, and that’s no solution at all. They aren’t escaping the problems in their home country. They’re bringing them here. The Mexican drug cartels are also spilling across our border, and you are guaranteed that they’ll bring their turf wars, their street gangs, their grisly murders, and their kidnappings for ransom with them. The legal ones will bring along the illegal ones, and the law-abiding ones will harbor the fugitives.

They obviously don’t respect our laws, or they wouldn’t be over there defying them and mocking us for trying to enforce them. They obviously don’t plan to integrate, or there wouldn’t be entire regions in America where the signs, businesses, and conversations are all in Spanish. If they’re sincerely loyal to this country, then why do they send tens of billions of dollars “back home” every year? Why do they wave Mexican flags, have Mexican flag bumper stickers, and show up in force at rallies to promote the interests of a foreign country in broad daylight?

Our hostile elites will not allow an open debate on open borders because it’s an open and shut case of them working against the interests of ordinary White Americans. They’re hoping you’ll see their little signs depicting pathetic children begging not to be deported and take pity on them. They’re hoping you’ll be like the cat lady, and just keep letting a few more of them in until our entire home, our entire homeland, is completely overrun. That’s not hyperbole, that’s an official Census Bureau projection.

Mexico’s Southern border is guarded by armed soldiers who shoot to kill. This is how fiercely Obama’s adoring fans in El Paso protect their own border. Now, I’m not suggesting we stoop to their level. We should be guided by Christian charity in our actions. And when I say charity, I mean true charity, not the unexamined and self-destructive charity of the cat lady. I mean deporting them humanely, each and every last one of them. To do less would be to treat our own children and our children’s children inhumanely, because a nation that fails to define and defend its borders (especially a nation as bountiful and beautiful as this great nation of ours) is bound to fall.

We must not become refugees in a crowded third world madhouse dominated by the very people we once gave refuge. I’m proud to say that our advocacy group here in Indiana, Hoosier Nation, helped pass some of the toughest illegal immigration legislation [2] in America. We can’t afford to wait for the federal government to do its job. We have to engage the political process and set an example for our White American peers of a morally confident and tactically competent resistance to the anti-White biases and anti-White policies that are designed to make us unwelcome and uncomfortable strangers in the land our forefathers fought for.

Our victory certainly wasn’t enough, and “politics as usual” aren’t enough to get us out from under this boot. All Indiana, Arizona, and the handful of other states passing these laws have done is decrease the force and frequency of the boot stomping us into oblivion. What we really need is a radical restoration propelled by a moral and spiritual vision capable of inspiring a true crusade. What we need is to redirect that boundless spirit of sacrifice of so many White Americans from feeding and supporting these ungrateful and undeserving intruders toward a cause and a nation worth sacrificing for.