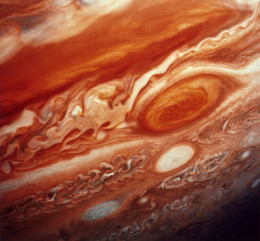 [1]Our current social climate in the United States is comparable to the Great Red Spot of Jupiter, a large storm that has been raging on that planet for hundreds of years. This storm is highly destructive, but it is also highly predictable. Like all storms, the ingredients for disaster are a mixture of elements clashing together: high and low air pressure, moisture, temperature changes, etc. Alone these ingredients amount to nothing, but when forced to share the same space, they become a recipe for disaster. The greater the diversity in any area, the greater the potential for destruction.

On Earth, these naturally destructive outbursts are measured, recorded, and studied, so that those who monitor the weather can predict potential disasters and inform the public. With this information we can take the necessary steps to protect ourselves, our families, and our communities.

The recent “protests” in Baltimore, Maryland, are a storm that could easily make its way to other cities in no time. The diverse ingredients for disaster are present in every major city across the US: high racial tension, low self-esteem, with anger and resentment near a boiling point. We trust the media to warn us of potential natural disasters so that we may protect ourselves from Mother Nature’s wrath. But what if the media omits information, working to makes disasters worse to boost ratings and satisfy long-simmering resentments?

The weather is always changing, but it is predictable. We know that it will never rain pellets of iron; we understand that it snows in the winter and rains more often in the spring. So why are we surprised when a snow storm buries a city in the middle of January? Why do we act as though we didn’t see it coming? Even when a meteorologist warns us of several inches of snow, you will still find people stranded in their vehicles on the side of the road.

We ignore the legitimate warnings of a coming blizzard, denying the truth because we just want to get on with our lives. If we deny the truth broadcast by the media, how will we react to evidence that the media lies by omission?

We react with levels of denial that are astonishing.

During a press conference about the rioting in the city of Baltimore, Mayor Stephanie Rawlings-Blake said, “We gave those who wished to destroy, space to do that as well.”

This is a black female leader of a predominately black city. The local police were instructed to “stand down” in order to give those who wished to destroy, a safe space to do exactly that. The police were caught targeting reporters, not rioters, in order to keep the Mayor’s order to “stand down” under wraps. This is proof that the riots in Baltimore were being legitimized by the ruling political party. Mayor Rawlings-Blake approves of civil unrest, and blacks felt entitled to riot, without any sense of accountability. This sense of black entitlement means that riots will spread like a storm to all cities in the US, since there is no shortage of black criminals whose arrest will provide provocations.

The entitlement to riot is born of the presumption that blacks are the victims of a ubiquitous and unseen oppression. This oppression is now an occult force, an article of faith, since blacks objectively are a privileged group, and they are overwhelmingly the aggressors rather than the victims in interracial crimes. But the truth about interracial crime, police brutality, and anything else that does not fit the media narrative of black victimization is purposefully omitted from public discourse.

If state-sponsored anti-white rioting does not wake white people up, I don’t know what will. Whites are the scapegoats for the failure of the impossible dream of black equality. But whites need more than a target on our backs. We need to shed the false stigmas of white guilt. We need a positive white identity, to rally around, to pull ourselves together to weather the coming storm and then work for the betterment of our folk.

Blacks, although misinformed, have come together to fight what they believe to be “the power” over them. Even rival gangs like the Bloods and the Crips have put their differences aside to fight against their so-called oppressor. This is the type of cohesion we need. If whites do not stand for and hold on to our identity and our interests, we will be destroyed by those who do. If we continue to deny this truth, we will be swept away by a great red storm. Pun intended.