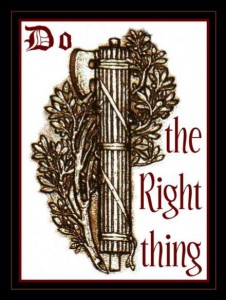 A recent report [2] on the BBC carries the horrifying news that the German birth rate has now fallen below that of Japan, which at least still has a policy of not accepting massive amounts of refugees and other immigrants.

Apparently an average of 8.2 children per 1,000 people were born annually in Germany over the last five years, presumably with a large part of that being generated by non-White immigrants already there. The same report mentions the low birth rates of other European countries:

And the extremely high one of an African country:

Yes, over five times as high as Germany’s!

Just so we infer the future correctly, the article comes in hard with some employment stats:

“Germany’s falling birth rate means the percentage of people of working age in the country — between 20 and 65 — would drop from 61% to 54% by 2030, Henning Voepel, director of the HWWI, said in a statement (in German).”

To which is added the conventional wisdom of “business leaders,” the high priests of our destruction:

“Without strong labour markets, Germany cannot maintain its economic edge in the long run,” he added.

Mr Probst said the country would need young immigrant workers to fill the significant skills gap. And more women were needed in the workforce to avoid economic problems.

Yes, that’s right. Germany needs workers – especially with a growing number of pensioners to be supported – and where is it going to get them? Why, from places like Niger, of course!

Well, maybe not Niger exactly, as it might take some time to train up a labour force with an IQ below 70 to run German industry, but you get the general idea. With Europeans having fewer and fewer kids, more and more non-Europeans, with lower and lower IQs, will be required, or will simply show up to fill the vacant spaces.

The strength of the White man is immense, but he is trapped in his own system and can do little or nothing to fight back against these suicidal trends. Can he outbreed the native of Niger or his new Muslim neighbour with four wives? He can try, and in the process send his “abused” wife scuttling off to the divorce courts and a half-share in his future earnings, a form of economic gelding.

Can he try the untermenschen strategy of popping out kids with damaged women on welfare? No, it is abhorrent to his soul, over which hovers a perpetual premonition of a coming winter. He must, by his very essence, build, accumulate, prepare – all the while the State and the Third World are effortlessly tapping into his industrious diligence and prudence.

He is not only trapped in his own system, he is damned by it, and his enormous reserves of ingenuity, toughness, and organization cannot be released for his own benefit until that system collapses. But can it ever truly collapse to the degree required and before it is too late?

Nowadays, thanks to modern technology, basic human dysfunction can be perpetuated and accommodated to ever greater length. To take a simple example, a city center full of atomized, amoral individuals, with strong instincts to prey on each other, a situation that would have resulted in anarchy and savagery in any other age, can, in our age, be rendered reasonably functional by the mere expediency of CC TV.

The man of the 21st century does not need to come anywhere near the levels of discipline, hard work, and self-control as his predecessors. In fact, half his function is just to consume in a world that produces too much.

All this raises the big questions of where we came from, who we are, and what will come after us, and will it be anything like us? One million years ago, the world was inhabited by hominids of some form, more alien to us than any race today. Our relation to them is that we were better suited by our adaptations to survive. If we hadn’t been, they would have continued to fill the hominid niche. This, in essence, is who we are – the best equipped filler of the hominid niche under environmental and group competitive stresses.

But our technological tendencies have removed the environmental stresses – the shocks of climate, season, and food shortage – while our civilizing tendencies have removed our ability to define and identify in-groups and out-groups in any meaningful way, and undermined natural gender relations. In short, quality control of the human race has been lost, perhaps irrevocably.

Can it be regained? In theory there are two possible ways in which it can be:

The problem with the first of these is that no collapse is likely to be even-handed in its effects. Also, if it were, we would merely be in for a replay of history, with Whites emerging victorious again after the usual few thousand years of butchery, superstition, and gradual enlightenment.

In reality, when the collapse comes, it will afflict some societies more than others and create opportunities for those societies that bear up best. A common scenario is that the West collapses and China takes over, using the very science it garnered from the White man. In that case, the Chinese with their collectivizing and exclusionary tendencies – and their respect for other people’s learning – will be elected “the best equipped filler of the hominid niche.”

Another scenario is that globalism continues in its present form, spreading and accelerating, so that all major societies become interpenetrated by population flows and dysgenic birth patterns to create a more equal civilizational collapse.

In this case White would stand a better chance. But, even in this case, we will have to wade through centuries of blood, bitterness, and darkness, and arrive where we were a century ago, ready to make the same mistakes all over again.

The ideal solution is for Whites to assert their claim to be “the best equipped filler of the hominid niche” through a supreme act of collective will.

This may sound hopelessly idealistic and naive. After all, humans are the mere playthings of socio-economic forces, as Marx taught, and only act outside that box when socio-economic conditions, in collusion with their basic psychology and twisted ego drives, program them with some blind irrational faith.

Mankind, no matter how high his IQ, is always sleepwalking to his doom or salvation – reacting and channelling forces, never consciously choosing his path. His “self-actualization” is merely the factors that have controlled him closest making their appearance. The evident fate of the White race stands as the clearest proof of this thesis of our blind trajectory.

But what if there is a possibility of a supreme act of collective will? What would it look like?

We can partially define this by looking at the actions that it would ipso facto have to include. These would be many and would include acts to (1) build a common identity and consciousness, (2) seize power, and (3) effect demographic change.

There would also have to be a continuum between these three aspects, with an awareness of what was involved and a common belief in the totality of the project by all those participating and acquiescence by the majority of those it was aimed at serving.

Building a common identity and shared consciousness for Whites is extremely problematic. We are ethnically and culturally split – witness the intense hatred that exists between Catholics and Protestants in Northern Ireland, and between Serbs and Croats. Then, there are all the class and ideological divisions. Herding cats as an easier occupation springs to mind.

Such divisions make seizing power difficult. It suggests that we are fated to be forever snared in false oppositions and blind interests that lead to our doom. In fact, given the difficulties of unifying Whites around a common identity, the best hope for seizing power on behalf of White racial interests might be an enlightened elite seizing power in a non-democratic manner. But this just sounds ludicrous at the moment.

Even if a consciously pro-White grouping could achieve such power there is the problem of effecting demographic change. This would be likely to result in certain forms of unpleasantness that Whites nowadays would be unwilling to stomach. Our pampered and coddled womenfolk would balk at the idea of their cunts – formerly little temples to their egos – being transformed into factories of the race. And then there would be the problem of defining the group and ensuring the removal of those people considered non-White and anti-White.

This is what White survival would actually look like, but, as it stands, we are obviously too squeamish to protect our existential interests in this way.

The saving of the White race would require a root and branch change of ideology and value systems, away from any kind of universalism and individualism – as these are the very factors, which, by disturbing our ability to perceive in-group and out-group, are destroying us.

Such a change in value systems would either mean a total abandonment of Christianity and post-Christian tendencies, or the creation of a radically reformed version of Christianity that emphasized racial exclusion and interests. This too seems extremely unlikely.

In addition to the above two possibilities of a social and civilizational collapse and a supreme act of collective will, there is a third possibility – a hybrid of the two.

Many of the things that seem unlikely about a supreme act of collective will – the creation of a common White identity, the restructuring of gender relations, the removal of non-Whites, the seizing of power by a government that no longer kow-tows to business interests, the rejection of millennia of Christian values – seem a lot more likely in a partial state of civilizational collapse.

One of the things that in which modern man is no longer a match for his predecessor is his low pain threshold. While our ancestors could put up with hunger, tyranny, and conditions bordering on and sometimes worse than slavery, modern mankind is not nearly so tough.

A relatively small amount of dysfunction introduced into the system could have a revolutionary potential. But in order for that potential not to be dissipated and wasted, we have to always keep in mind exactly what the Supreme Act of Collective Will will look like and involve.