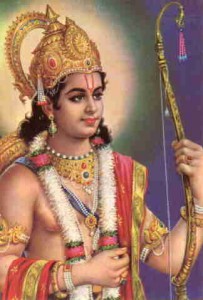 Before we turn to the level of the purely ideal and transcendent, our highest level of abstraction, I will speak briefly about how tripartition displays itself in the way in which we attempt to embody the ideal in thought and language.

First of all, there are three fundamental types of noun: the universal, the particular, and the singular. We speak of “the wolf” as a genus (or of “wolfness”), and we speak of “wolves” or “a wolf,” and we speak of singular or individual wolfs (e.g. “Fenris”). The universal represents the third function in that it is a potentially boundless, and, for that reason, indefinite reality. It is not without character, but its character is not to be a determinate individual. The particular represents the first function: it is the universal made more specific and definite. The universal is an indefinite potential for multiple existence. The particular realizes the universal’s potential for instantiation. But although “a wolf” is an existent, “a wolf” is a “a wolf” is “a wolf,” etc. It is a generic, and thus still in some sense indefinite existence. The singular, the individual, which would be a unique not a generic wolf, is truly actual existence. Like the mesomorph’s relation to the ecotomorph and endomorph, it mediates between universal and particular. It is a particular existence raised to the level of fully concrete actuality, in and through the realization of some, but not all, the facets of the universal itself.

In perceptual and all other forms of judgment, three concepts predominate: identity, difference, and the ground. We say that things are the same or other, and we say this in the awareness of some ground or basis for identification or distinction. For example, two men are the same, or different in respect of height, which is the ground. Here, identity represents the first function which unites, equates, makes one. Difference represents the third function which divides and breaks up (this will become more clear when I discuss the Indian gunas in a moment). The ground represents the second function, mediating, again, between the two. It represents a stalwart constant in the play of identities and differences. Like the warrior class, it provides the very condition under which men, or anything, can be associated together, or held apart.

In logic, we distinguish between three basic types of argument or syllogism: the categorical, hypothetical, and disjunctive. The categorical allows us to associate concepts or apply concepts to particular cases. Here is an example:

This argument moves entirely within the realm of the ideal or abstract, associating categories of things. Or take this example:

This argument subsumes a particular under a universal. It reverses the ontological order of things. Existence is a realization of the universal in the world, as a particular instance. The categorical argument “returns” the instance to the universal. Both forms of thought (moving from abstract category to abstract category, and subsuming particulars under universals) are characteristic of the cerebration of the first function.

An example of a disjunctive syllogism would be this:

This form of argument depends upon sharp distinction — upon excluding possibilities, one from another. It thus exhibits the dividing, sundering aspect of the third function.

Notice the subtle difference the conversion makes. It now seems to say, “If you discover that someone is a prince, then you may know that they are a Kshatriya, so take care, for Arjuna, who is a prince . . . “ etc. The hypothetical is a worldly, dynamic argument, and thus it represents the second function.[1]

Looking specifically at the categorical syllogism, it consists of major, minor, and middle terms. Taking the same argument —

There is also, in general, an oft-noted tendency in our thinking to group things into three. (This may be universal, but I suspect it may be more prevalent among Indo-European peoples.) Children are taught their “A-B-Cs,” for example, not their “A-B-C-Ds.” Most people have three names: a first, a middle, and a last. Our stories and fables abound in threes: three bears, three brothers, three wishes, three witches, three ugly stepsisters, three beans, three bends in the road, etc. Many sayings or rhymes have three parts: “Jack be nimble! Jack be quick! Jack jump over the candlestick!”; “I scream! You scream! We all scream for ice cream!”; “Liar, Liar, pants on fire!”; “No more pencils, no more books, no more teachers’ dirty looks”; “Hip! Hip! Hurrah!”; “Of the people, by the people, for the people”; “Snap, Crackle, Pop,” etc. Indo-European myth is full of threes. In Norse myth there are three wells, three roots, three Norns, three brothers (Odin, Vili, and Ve), three offspring of Loki, etc. The Greeks had three fates, three graces, a three-faced goddess (Hecate), a three-headed wolf (Cerberus), etc. Most of the Indo-European traditions also tell of a battle between a hero and a three headed monster. Suffice it to say that just as the world exhibits the fundamental triplicity I have described, so our minds may be set up in such a way to order even the most trivial things into threefold patterns.

See also my article “The Gifts of Odin and His Brothers” in What is a Rune? And Other Essays (San Francisco: Counter-Currents Publishing, 2015) for a discussion of the fundamental threefold structure of the human spirit.

1. There is some basis for saying that the hypothetical form “mediates” between the categorical and disjunctive. Examine the three forms laid bare:

Note how in the hypothetical form, P and Q are first brought together (as in the categorical argument) through implication (“P implies Q”) then separated (as in the disjunctive argument), but not opposed.