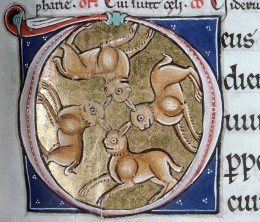 Here are our web traffic statistics and top articles for March.

I have reversed the order of our traffic table so the latest month appears on top. Our traffic remains plateaued. March numbers are pretty much the same as January numbers. (Both months have 31 days.)

There was a slight bump in traffic due to the attack on CC by The Washington Post [2], but there was a bump in traffic in January because of the Charlie Hebdo massacre. The fact is that virtually every month, there is a story that brings increased traffic to the site. Which means that these bumps get averaged out over the long run. I do note with some satisfaction that the number of pages viewed did increase dramatically in March, even though the average number of visits and unique visitors per day did not.

Greg Johnson wrote 10 of the top 20 articles in March. James O’Meara wrote four. Claus Brinker, a new author, wrote 2 of our top 10 pieces, which is a very strong debut. Congratulations Claus, and thanks. Marian Van Court wrote 2 as well. Colin Liddell and Bill Hopkins each had one.

One lesson that we have learned over the last couple of months is that there is a healthy interest in intellectually heavyweight topics like metaphysics, Hegel, Nietzsche, Husserl, and Heidegger. What an amazing community of people — writers and readers — we are creating here.

For the first time, France is our number 2 country, displacing Great Britain, which has been number 2 as long as we can remember.

As one might expect, Paris has shot up in our rankings. This is the first time London has been displaced from the number two spot.

Our top cities include 8 US cities (3 on the West Coast), 2 Australian cities, and 10 national capitals.

In March, Counter-Currents published Son of Trevor Lynch’s White Nationalist Guide to the Movies [22]. In April, we will publish Collin Cleary’s What is a Rune? [23]Other books that will appear in the near future include Savitri Devi’s The Lightning and the Sun (at long last!) and F. Roger Devlin’s Sexual Utopia in Power.

After those, and before our 5th anniversary on June 10th, we will try to bring out several more titles: North American New Right, vol. 2; Jef Costello’s novel Heidegger in Chicago; Julius Evola’s East and West; and maybe a new collection of Greg Johnson’s writings called White Extinction.

Greg Johnson’s New Right vs. Old Right is coming out this year in French, Spanish, and Swedish translations. Collin Cleary’s Summoning the Gods will appear in French translation.

At the beginning of the year, we vowed to do at least one weekly podcast. Since the beginning of March, we have stepped up the frequency of our podcasts. We are doing a mix of new and archival recordings, including never-before-heard interviews with Arthur Jensen and Muriel Gantry and speeches by Jonathan Bowden.

In May, we will resume publishing Greg Johnson’s philosophy lectures on Wednesdays, completing his course on “The Pursuit of Happiness” and then moving on to other topics, including Socrates, Aristotle, aesthetics, and philosophy on film.

In March, Counter-Currents held a dinner in Atlanta to honor novelist Tito Perdue. (Read his talk here [24]; listen here [25]; listen to his two-part interview here [26] and here [27].) In April, Greg Johnson will be giving talks in New York City and in Europe.

In March, under pressure from the SPLC, which was amplified in the pages of The Washington Post, Amazon.com dropped Counter-Currents from its Affiliate Marketing program, which earned us about $6,000 per year — a substantial financial hit to a business as small as ours. The SPLC’s aim, of course, is to put us out of business. Fortunately, our readers have rallied to our aid [28].