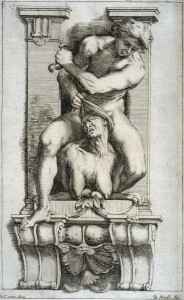 Imagine my delight when I noted that “Counter-Currents.com” is the first word of Caitlin Dewey’s Washington Post article “Amazon, PayPal and Spotify inadvertently fund white supremacists. Here’s how [2].” In fact, the article focuses almost entirely on Counter-Currents, which I take as a sign that we are doing something right.

Dewey reports on the ongoing campaign of a Jewish Supremacist hate group, the Southern Poverty Law Center, to strangle Counter-Currents financially by pressuring Amazon.com to stop selling our books and PayPal to stop processing our transactions. The SPLC has been doing this for some time, actually. See my article “Counter-Currents Under Attack [3]” from last February.

Why does the SPLC want to silence us? Because they know that Leftist ideas cannot stand up to intellectual scrutiny and free debate, and they fear Counter-Currents because we are creating an intellectually rigorous, exciting, and aggressive metapolitical movement that threatens the Left’s ideological hegemony.

The SPLC adopts such tactics because, unfortunately, they work. Counter-Currents is not even five years old, and we are quite financially vulnerable. We could find alternatives to Amazon and PayPal, but it would definitely be a setback, and we do not have any margin for error. Every month, I work 60 hour weeks and just barely scrape by. A significant reduction to my income would simply take me out of the game.

The Washington Post article has amplified the SPLC’s efforts considerably. Thus there is every reason to think that, eventually, PayPal and Amazon may cave in to increased pressure. I want to be ready for that, so I am starting the 2015 Counter-Currents Summer Fundraiser early this year, and I am raising my fundraising goal for $40,000 to $60,000. (To give you some perspective, the black minister Rev. Creflow Dollar is trying to raise $60 million [5] from his flock to buy himself a Gulfstream jet.)

As a special thanks, I will give an autographed hardcover copy of my book New Right vs. Old Right to anyone who donates $315 or more. All I need is a million such donations to equal the bank account of the SPLC, which is just one of many anti-white hate groups.

Obviously, this is a matter of some urgency. If you wait too long, it might be much more difficult to give.

Recurring donations are particularly helpful, since they allow us better to predict and plan for the future. We have several levels for recurring donations. Please visit our Donations [6] page for more information.