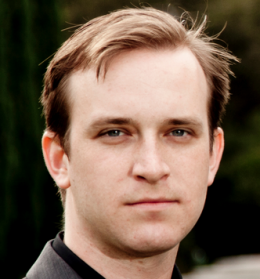 Michael Anissimov
A Critique of Democracy: A Guide for Neoreactionaries [2]

Neoreaction is a philosophical movement, which emerged from social media in the past few years, seemingly in response to the hordes of social justice warriors that haunt the realms of message boards, blogs, and Twitter. Being a new movement, it is difficult to define, with every prominent neoreactionary on the internet writing his own definitive blog post (or Kindle book) on the subject. But there are certain commonalities they share. Neoreaction is inegalitarian, against democracy, and in favor of monarchy. The stereotype of neoreactionaries is that they are computer geeks who are interested in serious (but geeky) ethical issues surrounding technological innovation, as well as more banal and boyish pastimes like video games and Japanese animation.

Some of the names most often associated with the movement include Mencius Moldbug (who is considered to be its founder), Nick Land, Bryce Laliberte, and Michael Anissimov, who published a book in February 2015 entitled A Critique of Democracy: A Guide for Neoreactionaries. Anissimov is a noted futurist and has participated in a number of intellectual ventures concerning the ethics of transhumanism, artificial intelligence, and nanotechnology. As a neoreactionary, he is known for his writing contributions at the blog More Right (http://www.moreright.net/ [3]). He is also prolific Twitter user.

Anissimov’s A Critique of Democracy is short and simple, drawing primarily from a few scholarly sources to make the point that democracy ruins civilization. His chosen alternative to democracy is monarchy, which he advocates for to a small degree in this book, but he has stated that his next book will be entitled Monarchy: A Political Study. His arguments against democracy are largely materialistic, utilizing concepts associated with human biodiversity and basic economic principles. Some of his criticisms are reminiscent of Alain de Benoist’s The Problem of Democracy [4], but Anissimov arrives at them from a different path.

After a brief introduction summarizing democracy’s flaws in nine key points, the book begins by examining the science of leadership. Anissimov traces the inevitability of hierarchy in society to evolutionary strategies, which can be deduced from observations of non-human primate behavior as well as archeological evidence. The implication is that there will always be leaders and followers and some are better suited for leadership. When this reality is accepted, society can move beyond the inhibiting belief that every individual deserves a vote.

Anissimov examines the roots of civilization in Mesopotamia and notes that the ability to lead increasingly large numbers of people coincided with other major advances in civilization. Citing Ricardo Duchesne’s The Uniqueness of Western Civilization, he makes the assertion that the founders of Western civilization were not Greek but Aryan:

There are three reasons why the Greeks are often referred to as the foundation of Western Civilization rather than Myceneans or Indo-Europeans. The first is that archaeological and paleogenetic studies of Indo-Europeans are more of a challenge than classical Greek studies and have only begun to bear fruit and consensus during the early 90s. The second is that focus on the Athenian Greeks is more politically amenable to educators in present-day liberal democracies. The third is the association of Indo-Europeans with the Aryan racial theories of Nazi Germany. We do not consider any of these good reasons for why study of Indo-Europeans should be neglected, as they are the true forebears of Western Civilization.

Pointing out that liberal democracies prefer to focus on the Greeks rather than Indo-Europeans highlights a pervading theme in the book, that the bias toward democracy has led to lazy thinking and out-of-hand refusal to consider the merits of a more authoritarian style of government such as was found among the Indo-Europeans.

The book continues by addressing the polarizing effect of democratic government on political factions, which results in the fracturing of cultural solidarity and the alienation of the individual. According to Anissimov, a study of European history reveals “that de facto nation states form along ethnic and cultural lines and that the United States is in fact composed of several such states.” However, to demonstrate the reality of these de facto states, he focuses on political differences (the “red state” versus “blue state” phenomenon), rather than the increasingly multi-racial composition of the United States. In reality, any nation, be it democratic or not, can include a spectrum of political variation while maintaining its ethnic cohesion. But it might be conjectured that democracy exacerbates political differences, polarizing parties to a greater degree than would occur under the type of government Anissimov is proposing.

The critique moves on to discuss the incentives resulting from a democratic form of government versus those created by a monarchy. Anissimov’s primary source for this discussion is Hans-Hermann Hoppe’s Democracy: The God That Failed, and largely consists of contrasting the low time preference incentives of monarchy with the high time preference incentives of democracy. In a democracy policymakers tend toward a higher time preference decisions due to the lack of accountability. Democracy makes it possible for opportunists to bribe the foolish masses into giving them power with short-term benefits. The negative effects of short-sighted policies advanced by these devious politicians are usually not seen until years after they leave office. And if not, the only consequence they face is a failure to get re-elected, in which case they can find themselves a prestigious job on the basis of the supposed leadership they have demonstrated. Whereas, in what Anissimov calls the private government, the failure of a monarch to think in the long-term results in the loss of his personal property or that of his descendants.

In a chapter on economics, Anissimov challenges the idea that democracies are necessary for economic growth. He concedes that democracies have a more consistent record for economic growth while authoritarian governments have a wider range of success and failure. However, other factors are involved in the disparity between the worst and the best of authoritarian governments, the most prominent correlation being the average IQ of the citizenry. Additionally, there is a wider degree of variance between leadership styles in different countries:

For instance, the economic and social outcome of the absolute authority of the average African military dictator might be systematically different than the economic and social outcome of the average historical Mongolian despot, which is in turn different from the modern Muslim autocrat, who is in turn different than the Enlightenment-era European monarch, and so on. Not all kings were created equal. Being products of the cultures around them, they inherit certain strengths and weaknesses common to all members of that culture.

He also addresses the assumption made by many that unequal distribution of wealth is inherently unjust. In reality, a healthy nation must have some form of wealth inequality. He cautions that pointing to inequality as if it is a problem that must be solved is a tactic frequently used by politicians who seek to exploit the populace in a democracy by appealing to their most debased instinct—jealousy.

Anissimov argues that the Enlightenment is often viewed as a package of ideas that most people believe must be accepted in their entirety or not at all, even though certain of these ideas contradict one another. One example is liberty and equality. Both are considered Enlightenment values, but true liberty will never result in equality, and any attempt to achieve equality requires the suspension of liberties. Some Enlightenment values should be accepted over others when they contradict one another. Furthermore, the development of the scientific method was also a part of the Enlightenment, and the idea that this could not have occurred without democracy is absurd. The underlying point is that a return of monarchies would not necessarily mean a step back for Western civilization. If anything, a post-democratic world would be a step forward.

Anissimov is clearly coming from a quasi-libertarian perspective and sees capitalism as a good system for society. He sees monarchy as a solution to the degenerative aspects of capitalism by giving a private government the authority to keep non-governmental businesses in check and prevent them from engaging in practices contrary to the national interest. In a democracy this doesn’t happen because people with greater capital have more influence over whether or not policies such as free trade and mass immigration are implemented, which may be detrimental to the nation but are good for those who prefer profit over cultural values. In fact, whenever cultural values get in the way of profit, they can be subverted in a democracy. But a monarch operates as a protector of culture because it is in his best interest to do so.

A Critique of Democracy: A Guide for Neoreactionaries is a useful little book for learning the basic arguments against democracy as well as some of the reasons why neoreactionaries take the idea of monarchy seriously. This book need not be just for reactionaries, but it would be interesting to see how a liberal, particularly a voting rights protester, would respond to the book. The critiques of democracy are sound, but the discussion of alternatives to democracy seems a bit lacking with very one-dimensional perspectives given to all alternatives besides monarchy. However, a more detailed discussion is not really the focus of the book. A spiritual critique of democracy is completely lacking here.

To describe this book as a guide is a bit of a misnomer. While it is fairly easy to navigate because of its brevity, it would be more useful as a guide if the chapters were broken down into subsections with bold headings and if an index were provided. The only chapter with subsections is the final one, and it could have been broken down further. But this criticism of the book’s form is a trifling detail. The book is meant to be read in an electronic format, which would include search functionality that is partially equivalent to an index. When the book was first released, it was only available in electronic formats. Soon afterward, a hard copy became available from the on-demand printing company, Lulu.com, which is where I obtained my copy.

For White Nationalists it is encouraging to see a movement like neoreaction sprouting up among intelligent young men. But neoreaction conflicts with White Nationalism in a way similar to other race realists (see American Renaissance) in that neoreactionaries refuse to give the Jewish question serious consideration. In some ways, Michael Anissimov may serve as an intermediary between these two movements. There is evidence that he is aware the problems posed by Jewish power and influence and takes it seriously. I haven’t seen a definitive statement of his position on the issue, but have noticed his occasional tongue in cheek comments on Twitter regarding Jews. Furthermore, there is an amusing web site attempting to smear his name by describing him as an anti-Semitic, gay, neo-Nazi, Scientologist. It seems that he is known for not backing away from the Jewish question or giving the typical knee-jerk response to silence those who bring it up.

There may be hope that other neoreactionaries will come around as well. For now, we can be thankful that neoreaction has opened yet another path for truth-seekers who may one day find their home in a nice white country.