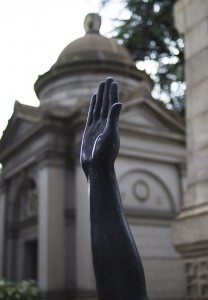 In the present brief article, Alain de Benoist sets forth a basic definition of “Fascism,” challenging by implication the unacceptable generalizations of this term by certain Liberal and Leftist scholars today. Benoist also makes it clear that Fascism is a time-bound phenomenon which arose in very specific circumstances, and is therefore not a metahistorical idea (as some pretend). This understanding allows one to differentiate it from other forms of Right-wing thought (whether we speak of Traditionalism, Revolutionary Conservatism, Identitarianism, or others) and also to recognize the necessity of doing away with the simplistic and outdated struggle of “Fascism” versus “anti-Fascism.”

Innumerable definitions of Fascism have been proposed. The simplest is still the best: Fascism is a revolutionary political form, characterized by the fusion of three principal elements: a nationalism of the Jacobin type, a non-democratic socialism, and the authoritarian call to the mobilization of the masses.

Insofar as it is an ideology, Fascism was born of a reorientation of socialism in a direction hostile to materialism and internationalism. Addressing itself to an electorate mostly of the Right, it has often had promoters among men of the Left. Neither racism nor anti-Semitism are consubstantial to it (Zeev Sternhell). In its concrete incarnations, it has been shaped by historical occurrences of the beginning of the 20th century (the First World War, the Soviet Revolution), by the general frame of the epoch (the modernization of the global society), and by the nature of its electorate (essentially of the middle classes, sometimes with a proletarian component).

The experience of the trenches along with disenchantment by technology, Jünger has written very well, has marked a fundamental breakage. During the First World War, society appeared to divide itself into two groups: the combatants and the others. Returned from the front, the first had the feeling of having conquered rights over those others who had not fought. The combatants had believed in a society where the virtues of war (courage, the spirit of camaraderie, permanent availability) would also reign in times of peace. The patriotic rhetoric, when it is developed on a foundation of class struggle, could not be but a deceptive illusion.

After the Great War there had been seen, for the first time, the coincidence of nationalist exaltation and the (relative) disappearance of social differences. In the end, it is also with the First World War that the anti-democratic spirit “ceased to seek its principal supports in the past” (Georges Valois). An explosive mixture. The Bolshevik Revolution, at the same time, shows that a revolutionary movement can come to power by mobilizing the masses. It introduces the idea of the new man and imposes the model of political commitment of the priestly type; a political apostolate. The forms taken by Fascism to avert the menace of Communism would often be mimetic forms: they imitated those of the opponent so much so that they could effectively combat it (Ernst Nolte).

Behind a discourse at times traditionalist, understood as archaic, Fascism has been fundamentally modernist: it has encouraged and sustained all the developments of science and of industry, has favored the emerging technocracy, has contributed to the rationalization of the economy and to the institutionalization of the welfare state. To the extent by which it had glimpsed the abolition of the social classes of the 19th century, and which, on the other hand, it had carried a will to power that it could not dismiss any of the tools placed at its disposal by techno-science, it could not act in any other manner. As Adorno and Horkheimer have already observed on the eve of the Second World War, Fascism, Communism, and the New Deal represented different versions of a project of social reconstruction where the State was called to play a principal function in the rationalization of the economy and in the reconfiguration of social relations.

At its foundation, Fascism is based upon the modern trilogy: State-People-Nation. All its effort is directed to making synonyms of these three terms, which are nowadays separated. Born over the sign of the Fasces, before anything else Fascism has wanted to appear like it. Thus it had wanted to bring together the social classes and the political families, opposed in another epoch, to consolidate the unity of the nation. This was at the same time its strength and its weakness. Obsessed by the unity, it has been the centralizer.

Pretending to avert the specter of civil war, it has engendered absolute hatreds, left as a fractured, irreparable heritage. Its Jacobinism, its subjective nationalism, is the source of all its failures: the one who tends to that unity necessarily excludes that one who does not allow himself to be driven to the unity.

That spirit of community, which has profoundly marked Fascism, does not permit Fascism to characterize it as its own. Fascism has not produced anything more than a particular version. In Fascism, the idea of community is vitiated by the conviction that that it must be animated and directed from the above, in a statist perspective, whereas a true community spirit is incompatible with statism.

The 20th century has without doubt been the century of Fascisms and of Communisms. Fascism was born of war and died in war. Communism was born of a political and social explosion and died in a political and social implosion. It could not have been Fascism if not in a given stage of the process of modernization and industrialization, a stage which now belongs to the past, at least in the countries of Western Europe. The time of Fascism and of Communism is finished.

In Western Europe, all “Fascism” today cannot be anything other than a parody. And the same occurs with the residual “anti-Fascism,” which responds to this phantasm with even more anachronistic words. It is because the time of the Fascisms has passed away that today it is possible to speak of it without moral indignation or complacent nostalgia, as one of the central pages of the history of the century which has just ended.