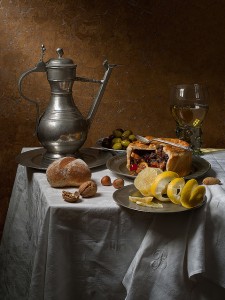 [1]Greg Johnson’s recent article, “Rethinking the White Nationalist Conference [2],” accurately concludes that the political climate has changed dramatically in the past couple decades of AmRen’s existence. It also summarizes many of the complaints about the conference I’ve heard over the years, all but one of which are true, but beside the point. It’s definitely time to step back and ask ourselves how we should adapt ourselves to the radically altered political landscape, and how that flagship of White Identity, the annual American Renaissance conference, fits in with that.

And the proposition that paying a full-time activist would pay dividends is specious. After all, there’s very little agreement yet on what such an activist would do. Would he perhaps make a foolish spectacle of himself engaging in explicitly pro-white lobbying on K Street? Would he engage in some other sort of “implicit whiteness” shenanigans which absolutely always end up wasting money? We’re still in a preliminary theoretical and experimental stage in the political development of identitarianism in North America where what’s “practical” is not “practical politics.” American Renaissance has been, and will hopefully remain, a tremendously useful ecumenical event where the ever-divergent and alienated factions and subcultures within White Advocacy can converge in one physical space for one magical weekend and network. Jared Taylor is an institution in himself, a unifying figure who even the most avid anti-semites and milquetoast mainstreamers respect. And that’s why AmRen is so valuable. I’m fearful that the year he stops organizing AmRen (hopefully many years from now!), all of our disparate factions will file off into our respective Christian crusader, pagan revivalist, philo-semitic, dorky HBD, and wonky mainstreamer corners, never to converge and unite around White Identity in quite the same way again.

The speakers are a (necessary) waste of time. My hillbilly prole eating habits aren’t really suited to the meals. And we don’t even wear suits and ties to the funerals in my neck of the woods. But it’s all about the networking. People talk about the importance of having more local meet-ups, but my local Hoosier Nation project began when I spotted a fellow attendee with Indiana on her name tag at my first conference back in 2008. People complain about it being too “stuffy,” but Tennessee features some folksy dive bars for drunken scuffles with scruffy antifa after hours, if that’s more your speed.

Nothing much seems to get decided or accomplished at AmRen, but that’s not AmRen’s fault. Jared isn’t letting down the attendees, but rather the opposite. We’re letting him down. Jared’s providing us a broad forum to arrive at answers, and we haven’t arrived at them, yet. That doesn’t necessarily reflect poorly on us, either, though. Figuring out how to visualize, organize, and mobilize American Whites is a profoundly challenging riddle. If you have the answers, you won’t find AmRen getting in the way.

Greg’s correct that the political backdrop has changed dramatically in the decades since the first conference. We’re no longer on C-SPAN, but who watches C-SPAN, anymore? The mainstream media has indeed become more rigid and less inclined to host or reliably relay our ideas. But the mainstream media is much smaller and much less respected than it was then. The past twenty years have been far more kind to AmRen than it’s been to the media weasels set against it.

Greg proposed that we shift to a more localized and specialized model of meeting up. That’s all well and good, but it didn’t take the commenters on the article long to vividly describe from first-hand experience what a boondoggle that proves to be in practice. AmRen’s expensive and stuffy atmospherics and basic filtering for cranks (hopefully, I’ll still be allowed this coming year!) guarantee a safety and sanity which can’t be guaranteed in smaller regional venues. We belong to a broad array of subcultures, social classes, and ideologies, and that often devolves into a circus.

AmRen is, to my knowledge, the only platform where a Zionist Jew, a professor with an Asian wife, a homosexual pagan revivalist, and a guy more comfortable in a Skrewdriver t-shirt than a dinner jacket can all converge on the same room to discuss racial issues without Yackety Sax background music. Local is great, but it must be approached with caution, and with a practical eye toward ensuring that class and culture differences are carefully accounted for. AmRen’s not the final answer to our challenge, but that’s not what it’s there for. It’s a platform to raise the questions and work toward the answers.