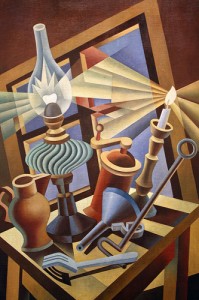 If personal anecdote is poor evidence of a more universal truth, then fictional anecdote is even worse, and the foundation of a great novel deserves better. So I propose that there is a place for direct, sustained, quantitive analysis/argument in literary fiction. The main characters and their immediate story need not, and absolutely should not, be touched by this, but the establishment of setting is also important, and this ought to be done, well, with direct, sustained, quantitive analysis/argument.

The usual novelist way of social commentary is to explain the larger with the example of the smaller. Whether it is Stendhal’s stories set among the upper-crust in early nineteenth-century France, or Franzen’s depictions of the urban gentry of our day; whether it is Jane Austen’s stories of late eighteenth-century aristocrats finding love (and/or marriage and/or financial security), or Adelle Waldman’s of today’s youngish literary types attempting the same in Brooklyn, this is just how it is done.

And of course, it is what is expected—one of the chief functions of book reviews is the determination of if the characters and/or their experiences are “accurate,” accurate as hipsters, or small-town middle-Americans, or Dominican immigrants. Specific (conveniently fictional) characters and actions are put forward as representative types.

Direct commentary may be sprinkled in, but sound-bite style, very much in the manner of the cable-news/talk-radio discourse that the literary world holds in such low regard. Indeed, though not necessarily political in the narrow sense, this sort of author is merely preaching to his own ditto-heads. What logical reason is there for the reader to be converted into believing that x equals y, if the author’s only proofs are the actions of fictional characters?

Instead, serious literature should understand its limitations, and either merge itself with science (I use the term broadly so as to include history, social science data, philosophy etc.) or it should give up on social analysis (a narrow commentary of likes and dislikes should of course remain open to the non-scientific author). If the author claims that real world x is y, especially if his fictional story is predicated upon real world x being y, then some lasting interlude(s), whether in the form of a dialogue, a straight narration, or some more inventive device, should be given over to direct, sustained, quantified analysis/argument demonstrating the reality of y. The more novel and complex the argument, the more pages of explanation required.

Of course, the idea that the actions and natures of fictional characters can not be legitimate social commentary has ramifications for the central story too. If the author has provided a sufficient scientific basis for his social setting, that does not mean he should then simply proceed to tell his central story in accordance with his findings. If the author has already explained, quantitatively, that x is often y, and therefore produces z, to then depict a fictional x being y, and producing z, does not tell us anything new. So the role of the central story ought to be more precisely defined. Aside from subjective abstractions like beauty, sorrow, decadence, etc., the central story can not represent anything larger than itself, nor can it make any argument except an implicit one that it itself is beautiful or interesting or in some other way worthy of attention. In a social commentary novel, the hero’s actions are in response to his (our) society, but these actions are entirely his own, worthy of attention not on the basis of how well they explain, or conform to, an existing type, but in their own right.

With the unveiling of such a grand new word, there are bound to be some caveats; here are a few:

Some will protest that the novelist is not a cultural historian or a social scientist, that his job is only to give eloquent expression to his impression of the situation, leaving to those others the task of assessing the accuracy of his work. But that is just it; literature is different from cultural history and social science, and in an increasingly data-driven world, literary fiction risks a crisis of legitimacy. My response to the crisis is what I have outlined above: literature should admit, without any reservation, that it is entirely separate from the science of social analysis, from all social analysis, and then, if it earnestly abides by this separateness, the two can again be put back together.

Ryan Andrews is the author of The Birth of Prudence [2]

, which was published earlier this year by Vdare.