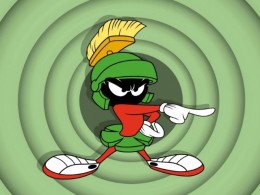 My recent article “Vanguardism, Vantardism, and Mainstreaming [2]” was directed primarily at mainstreamers. My goal in distinguishing between genuine vanguardists and “vantards” was to force the mainstreamers to focus on the substance of the vanguardist position, which I think is entirely defensible, rather than on the non-productive strategies of the vantards, which I characterized in two ways: (1) as needlessly linking White Nationalism with German National Socialism and the Holocaust, and (2) as embracing “premature populism [3].”

Colin Liddell sent his initial salvo in this debate, “Andrew Anglin’s Inverted Ghetto [4],” to Counter-Currents, but I did not want to run it. Liddell was responding to Anglin’s response [5] to RamZPaul’s attack on Robert Randsell. (See how complicated this gets? And this was just the beginning.) I told Liddell that I want Counter-Currents to stay above this kind of web drama because it is wearisome and usually unproductive.

Anglin then responded to Liddell, prompting Liddell to write a real stylistic and argumentative tour de force, “Stormer in a Teacup [6],” which at a stroke elevated the discussion to a level that prompted me to take part. Anglin then responded to both Liddell and me. (And Alex Linder has also chipped in [7].) Then Liddell responded yet again with “Go Straight to NAZI; do Not Pass Go . . . [8]” To which Anglin — who obviously relishes playing the victim and collecting props from dullards — has now penned another response [9].

But one must not, like RamZPaul, think that one will be spared that charge if people like Randsell and Anglin shut up and go away. And it intensely irritates me [10] when our people think it is clever to pre-emptively throw Hitler under the bus to appease public opinion. But, at the risk of sounding like an old drunk lecturing the youth on the virtues of temperance, I completely sympathize with the Identitiarians, BUGSters, and others who wish to create a case for White Nationalism without reference to Hitler and the Holocaust.

Second, as Mark Weber has pointed out [11], the Holocaust is not the foundation of Jewish power. It is certainly a handy tool of Jewish power, which they will exploit to the hilt. But Jews already had enormous financial, cultural, and political influence in the white world long before the Second World War, and the ability of Jews to capitalize on the Holocaust presupposed existing Jewish power in politics, academia, and the mass media. Even if the Holocaust could be completely debunked — and no sensible revisionist argues that it can — the pillars of Jewish financial, political, and cultural power would still stand.

Fortunately, as I argue in my essay “Dealing with the Holocaust [12],” even if every jot and tittle of the Holocaust story were true, it does not undermine the validity of White Nationalism.