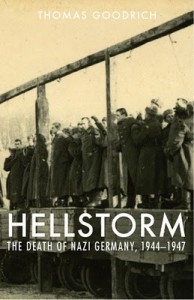 A documentary is being made of Thomas Goodrich’s harrowing Hellstorm: The Death of Nazi Germany, 1944-1947 [2], which exposes Allied atrocities against Germans in the closing months and aftermath of the Second World War. For excerpts, a review, and an interview on Hellstorm, click here [3].

Thomas Goodrich and the director of the documentary are looking for volunteers to translate the script for subtitles in the following languages:

And, really, any other languages in which the film has significant numbers of potential viewers. (A Chinese translator has already been lined up.)

If you wish to take part in this project, please email me at [email protected] [4].