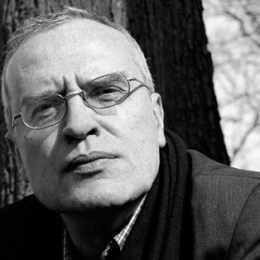 Father G. de Tanoüarn: Richard Millet, you are one of the rare novelists today who can be said to already have produced a significant oeuvre. And now you get yourself involved up in writing about the dysfunctional aspects of our society. Isn’t that in contradiction with your work as a writer?

Richard Millet: It so happens that I caused a scandal by saying, “If you are a third generation immigrant and your name is Ahmed, you are not French.” By saying that, I am not doing something outside of my work as a writer. The work of a writer consists in the act of naming. I have some rather tepid friends who say, “If only he would just be content to write novels!” But for me, all that is part and parcel of my approach, which goes by way of a non-fictional reading of contemporary society. If there are things that one at all costs has to avoid mentioning, well then that’s all the more of a reason to talk about them! It isn’t about questioning the value of tolerance: look at Holland, Denmark, Sweden, they all have populist, far right members of parliament. And from a societal point of view, with regard to lifestyle, they’re the most tolerant people in the world. People scream and wail. But they don’t say why this has happened. The reason is often uncontrolled immigration, Muslim immigration in particular. What I’m denouncing is this ideology that silences people, and that can only lead to the forgetting of everything that we are, to a rootless existence solely in the present, following the loss of all traditions and of all memories, in particular our own.

Q: Don’t you think that you risk getting obsessed with the question of immigration, by writing entire books about it?

RM: One novelist violently attacked me, saying “He looks at the color of people’s skin.” I look at the other as such. That doesn’t mean that I can simply be reduced to the politics of the radical right or that I’m a racist! I’ve had a lot of discussions with some of my students. “We, sir, are not French, we wish to remain Algerian,” they say. For my part, I wish to remain French, and I don’t believe in the ideology of mandatory ethnic mixing. I’d put it like this: our generation at least still has the means to read this ideology. But young people get so much propaganda hammered into them that they no longer understand what is actually at stake. I have nothing against the immigrants themselves. However, the immigrant as instrumentalized by propaganda is a figure of contemporary nihilism.

Q: One can’t claim that immigrants have a monopoly on nihilism . . .

RM: What I am denouncing is a terrible dialectic, one in which nobody wants to accept the other: the immigrants don’t want to assimilate, or aren’t capable of doing so. Indigenous Europeans are trapped in self-hatred (repeating the well known tune: we invaded them for a hundred years, which makes it normal that they do the same to us). What is being lost in this negative dialectic between the indigenous population and the immigrants? The spirit of the nation. I’m losing hope. We are a few thinking people, the last ones who are free, who can actually say these things. But this loss could very well be irrevocable. I feel like I’m fighting for honor. Do you know about the little news story concerning the church bells of Sartrouville? La Marne prohibited the church bells from being rung. Basically, what happened was this: they thought, “We don’t want a muezzin, so we have to silence the church bells.” This is an abject expression of the submission to political correctness. The threat is right in front of us, we can see it, but instead it’s our own culture that we neutralize and penalize.

Q: You have been heavily criticized for what people call a pose on your part, that of being the last writer . . .

RM: I don’t claim to have any monopoly, and I am not a poseur! I want to make people remember that our culture is a Christian culture. And if I talk about the last writer, it’s in the same way that Nietzsche speaks of “the last man.” Nietzsche was convinced that one has to use despair in order to get to the rock bottom. It’s true that something new can come out of despair. But I don’t see that yet. That being said, I am attentive to what could come out of this despair — if nothing else, anything that shows me that I’m not alone. For the time being, what moves me are the first reactions to my book Fatigue du sens. People saying, “Finally, I see my own thoughts in writing.” A female reader told me: “Before reading your book, I thought I was going mad.” It gets passed on through word of mouth. It’s very difficult to imagine an element of hope in the face of the vast enterprise of nihilism. These reactions are like signs that something is going to happen. But let’s face it, the situation is particularly opaque. We no longer live in the same world as Solzhenitsyn, for example. He was attacking something recognizable, identifiable. We face a context that is protean, shifting, that can seem extremely sympathetic, but which is backed up by a legal apparatus. We’re in the midst of an unnamed civil war.

Q: What made you join the resistance?

RM: I have never been an activist, and I am not a member of any political party. My approach is personal. I draw support from my readings. The ubiquitous lying we’re faced with, the systematic distortion of reality, Guy Debord called it the spectacle. He taught us not to let ourselves be fooled by the spectacle. Jean Baudrillard continues, in a way, Debord’s examination of the spectacle. In Cool Memories, when he tells us, for example, that the “Gulf war did not take place,” you can see that he, too, isn’t fooled by appearances. Along the same lines, my latest discovery is the philosopher Jean-Claude Michéa, an Orwellian, whose works analyze the functioning of contemporary society.

Q: Did you have any other references when you developed the vision of the world that you formulate in Fatigue du sens?

RM: I’ve read René Girard’s Violence and the Sacred. I was twenty at the time. It’s a book that meant a lot to me, who was also reading Nietzsche, because it gave me a key: the scapegoat. At the same time, I was very interested in Georges Bataille and the problem of the accursed share. I understood that society can only survive by sacrificing something material. It’s the principal of non-productive expenditure: society is not the product of utility. It can only survive by virtue of the gift.

RM: Today, as Michéa says, when you examine the question of liberalism, you see that there are two powers: the Market and the law. That’s what our magnificent democracy boils down to: you have no power over anything. Markets rule the world. There’s no point in trying to make us believe anything else! That’s why political correctness has replaced Christian values. Look at the American anti-model. You have economic globalization, and the obstacles to that are nations, languages, religions. They stand in the way of what the system wants: the free circulation of goods, but also of people. That’s what the Market is. Is someone resisting the Market? To solve the issue of the recalcitrant, you have the law. In France you have the Gayssot act or the HALDE. Those who want to resist are literally caught between these two authorities.

Q: Is that the situation that led you to write your pamphlets?

RM: They aren’t pamphlets. Pamphlets distort things. I don’t try to politicize things. I read the real, which hides behind all sorts of simulacra, as Baudrillard would say. And it’s this reading of the real that makes me say that non-European immigration is the most important problem for Europe, especially the Muslim element of immigration. The Muslim element is the one that most revealing of our own mental blocks with regard to ourselves. They try to make us believe that we live in a social, intellectual, even a spiritual paradise. To read the real means to smash the lie about ourselves that they try to maintain.

Q: Briefly, how would you characterize this lie?

RM: When they make “humanity” the ultimate political concept, in the words of Pierre Manent, we fall into a sort of phobia of the other. The undifferentiated becomes the ideal. And one loses oneself in that. That’s what I call “the fatigue of meaning.” There is nothing that I hate more relentlessly than the contemporary world, this world in which one every day can observe this “fatigue of meaning.”

Q: Allow me, as a way of wrapping up this interview, and of making readers want to discover the this short, brilliant book for themselves, to quote a couple of the aphorisms that in my view best define your attempt to describe the willfully concealed selling of the nation and your hatred of the “contemporary” world. “We no longer see man, what we see is the real in which man occurs as a simulacrum, immigration being one of the names of this degradation that makes man a bio-degradable product in the midst of a Market in which the original (life itself) has been lost.” “I don’t differentiate between immigrants who openly despise French culture and those ethnic Frenchmen whose ignorance has contributed to make our culture descend into the Cultural, in other words, into American relativism.”

Thank you, Richard Millet, for having agreed to speak to the readers of Monde et Vie. Thank you above all for your sumptuous writing, which makes us sense something of the way the selling of the nation that determines our contemporary condition.