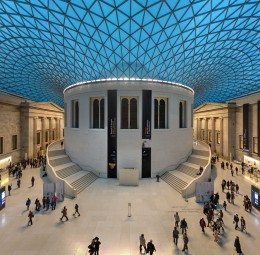 On Saturday, September 27, 2014, I was one of four speakers at a meeting of the London Forum in central London. More than 70 people were present.

The London Forum and similar events, such as The End of the Present World [2] conference, are models of organization and execution.

Because such events are targets of Left-wing and government persecution, the organizers eschew advance publicity. The meetings are conducted in secret, with redirection points for security and backup venues in case of cancellation.

They are thus “inreach” rather than outreach projects, designed to foster education, fellowship, and networking among existing nationalists. Only when the event is safely over and the talks are made public on the internet do they reach out to the world at large.

The first speaker was Mark Weber of the Institute for Historical Review, whose talk was entitled “The End of the American Century: The Accelerating Crisis of the West, and Prospects for the Future.” I have seen Mark Weber speak a number of times. He is an excellent, animated public speaker. This was a frankly White Nationalist talk, and a highly inspirational call to arms. Weber spoke of the demographic crisis of European man, the role of the United States and the organized Jewish community in engineering our downfall, and the opportunities for racial renewal, particularly in Europe, offered by the decline of American power.

The second speaker was Bain Dewitt, a young Englishman, whose talk, “The God of the Whites,” was a very sophisticated examination of the role of religion in the white preservation movement. Religion, by aiming at the highest good, mobilizes our deepest energies and commitments. As I understood his argument, to secure white survival, we need to aim beyond white survival to an essentially religious conception of the highest good of our people.

I was the third speaker. My talk, “Vico and Modern Anti-Liberalism,” argues that today’s New Right has, in effect, two cultures. There are the Darwinists, who profess a kind of scientific materialism, and there are the Traditionalists, who are interested in religion, myth, and culture and embrace a cyclical rather than a linear view of history. Traditionalism has great explanatory power, but it rejects both human evolution and what is currently known of early human history and prehistory, which show no signs of a Golden Age characterized by intuitive knowledge of eternal truth.

I offer the 17th-18th-century Italian philosopher Giambattista Vico as a thinker who offers as synthesis of both the Traditionalist and scientific materialist branches of the New Right. Vico offers a cyclical theory of history that supports a socially conservative critique of Enlightenment politics. But insofar as Vico founds these views in a universal science of human nature and history, he remains committed to the rational methods of the Enlightenment.

It was a somewhat esoteric topic, admittedly, but many people present had listened to Jonathan Bowden’s somewhat esoteric lectures as well. So I felt that the risk was justified. And, judging from the questions and subsequent discussion, the lecture was well-received overall.

The final speaker was Adrian Davies, like Mark Weber, another highly accomplished speaker. Since this year marked the 100th anniversary of the beginning of the First World War, Davies spoke on “Two World Wars and One World Cup: Myths and Realities of the Anglo-German Relationship in the Twentieth Century.” His thesis was that the clause of the Treaty of Versailles assigning full blame for the First World War to Germany is false, indeed that Germany bore less blame for the war than the other major powers, but she was not entirely a victim of international machinations either.

After the official meeting was adjourned, 20-30 of the participants conversed and socialized well into the evening at a club.

This was my first visit to the United Kingdom, and to my surprise, I felt not that I was going abroad, but that I was returning home. Of course I had seen London a thousand times on television and movie screens. But that was true of Paris as well, and I still felt very much “abroad” there. Of course the language and place names were quite familiar in England, but I felt just as at home in Wales where the language and place names were quite different. The uncanny familiarity was, I think, based on blood. My ancestors came from England to what became the United States in the 17th century, and those much-attenuated blood ties still matter. The experience was quite close to the uncanny rapport I felt when meeting my biological parents for the first time as an adult, and for the same underlying reasons.

Wales struck me as the Pacific Northwest of the UK in its weather, landscapes, and overwhelmingly white population.

I found London enormously impressive. The weather was beautiful — although a little warm, for my tastes — and I walked many miles, taking in the major sights. But as soon as I arrived in London, I knew I would return. So I decided to spend postpone visiting some places so that I could explore others more intensively. I visited the British Museum three times, the National Gallery once, and the Tate Britain once. I put off the Imperial War Museum with its Wyndham Lewis paintings for another visit.

Of course my focus in London was on what is old and historic, but I also found modern London quite impressive: the double-decker busses, the Heathrow Express train, and Heathrow Airport are masterpieces of modern design and comfort. [3]Although my English comrades complain quite naturally about their demographic displacement, what impressed me most about London is the high quality of its white population, including astoundingly attractive people working on all rungs of the socioeconomic scale. (Apparently a lot of the blondes in service and labor jobs are from Poland, which makes me wish that Poland were closer and Mexico further away from the United States. However, even Polish immigration represents demographic displacement of native whites.)

But yes, signs of demographic displacement were everywhere, most shockingly swarms of women in full-on burkhas in Hyde Park and along Edgeware Road, which is a virtual Arab souk. (I picked up an Arabic translation of Mein Kampf in one shop. Somehow it seemed a suitable souvenir.)

I had hoped to use this event as an opportunity to meet with a number of Counter-Currents readers and writers. Some came from as far away as Norway and Sweden. Others, however, backed out, confessing to being a bit intimidated by the conference security measures: coming to an unfamiliar city, calling a stranger to learn the location of a redirection point, and other cloak and dagger measures. The next time I come to London — and there will be a next time — I will take a more active role in guiding in new people.

I want to thank the organizers of the London Forum, my hosts during my stay in England and Wales, and all those who attended the meeting for their warm reception.

For another account of the meeting, and a sense of the quality of the audience, see Enza Ferreri, “Giambattista Vico’s Importance for the Anti-Establishment Movement [4].”