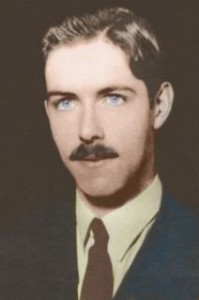 [1]January 6, 2015 will be the 100th birthday of Alan Watts, the English-born writer on Eastern and Western religion whose work had an immense influence on the Beatniks of the 1950s and the hippies of the 1960s. Watts also had a tremendous influence on my thinking, and, when I published a pair of essays on him at Counter-Currents (here [2] and here [3]), I was delighted to learn that he had influenced a number of other writers in the New Right milieu.

In honor of Watts’s centenary, Counter-Currents will publish an online symposium, with a special focus on what is useful or problematic in his work for the New Right. Suggested topics include the relationship of Watts to Traditionalism, Social Credit, European neo-paganism, Dimitrije Mitrinovic, the recovery of European folkways, the critique of modernity, environmentalism and ecology, dandyism, the Beats and the Hippies, drugs and mysticism, the Left-hand path, etc.