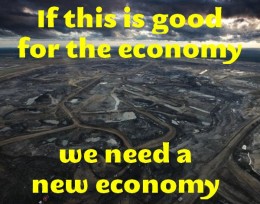 Free market proponents of open borders and mass immigration must be happy about this story [3]. As we know, the free marketers tell us that nations with low birthrates require alien immigration because of “labor shortages” (yet Spain and the USA have high unemployment coupled to large-scale immigration), or the need for “greater productivity and economic growth” (yet many immigrants are low-skilled and on welfare and even when high-skilled often tend to be net consumers of services), or the need for “younger workers to pay for the social services for aging/retired natives” (as if, when they amass sufficient political power, young non-Whites will cheerfully pay for the care of old White folks, who they hate).

Then one can also question whether opposition to immigration is really irrational from an economic standpoint — the natives’ economic standpoint — when virtually all of the benefits (if any exist) of “economic growth” accrue to the immigrants (and possibly to wealthy natives) themselves rather than to the general native population. These are, of course, all economic arguments.

We, on the other hand, argue that there are more important things than economics — such as demographic displacement, race survival, genetic interests, and culture. But let’s get back to some basics of the general free market argument and consider two simple thought experiments.

1. The supporters of the free market assert that it is the most rational and efficient approach for allocating resources, managing the economy, and increasing standards of living. We are told that supply and demand and other free market mechanisms promote rational decision-making and incentivize behaviors that lead to optimized outcomes for society. Thus, they look at the global economy and say if there is a labor shortage in “X” and a labor surplus in “Y” then the free market dictates that the most effective solution to the problem is a movement of labor from “Y” to “X.” That is how the labor shortage of “X” — possibly due to a low birthrate — is solved.

Why does the solution need to be global? What happens if a country with a low birthrate will not, or can not, make up for the “labor shortage” with immigrants? (Note: Japan may be a real-life experimental model for this scenario, if they maintain their hard line against immigration, which seems doubtful over time). The reasons for “no immigration” need not concern us, let us assume, for the sake of this model system, that mass immigration is not possible or desirable. What happens then?

If the free market is so very efficient in finding the correct solutions for societal problems and resource allocation, shouldn’t it work in a national context? Why can’t the free market solve a purely internal problem of low birthrates and labor shortages? Why the hypocrisy in asserting the magical properties of the free market on a global level but its hopelessness on a national level? Shouldn’t the free market work, locally and nationally, to lead to policy choices and resource allocation to incentivize pro-natalist policies, to increase the native birthrate? How about increasing productivity through better education and, above all else, enhanced automation? If the free market really is a “miracle worker” then it should lead to creative solutions to national problems that do not depend on temporary fixes involving shifting problems such as overpopulation/poverty from one nation to another. The vaunted free market should incentivize either pro-natalism or birth control whenever and wherever each is needed.

Thus, in our thought experiment: what would happen to a low-birthrate nation in the absence of immigration? Will the population really dwindle down to zero? Will the economy collapse? Will everyone just sit around passively and let the nation disappear from the face of the Earth? Indeed, one can argue that without the immigration safety valve, nations would be forced to develop long-term solutions to their societal problems, instead of increasing these problems and postponing their solution to the next generation. If the free market really worked, it would be independent of scale, and would work for one nation and not just on a global level.

2. One can consider the opposite thought experiment. Instead of restricting the free market from global to national, one can expand it from global to inter-stellar. Assume that the Earth is contacted by an alien species, a bizarre species quite different from humans. These aliens are very fast-breeding and have over-populated their own planet. Earth’s environment is suitable for them. Further, they are highly intelligent and productive — indeed, superior to humans as inventors and workers.

These aliens want to ship their surplus population to the Earth, where they will join the economy, work hard, invent, create businesses, and sharply increase economic growth. Of course, these fast breeders will soon begin to fill up the Earth with their numbers, crowding out native humans, and, of course, their home world population will also be increasing, and clamoring to come to Earth as well. But . . . the Earth’s economy will be growing! Isn’t that all that matters? If concerns about demographic displacement, culture, etc. are all “irrational” then the free marketers should have no problem with a scenario that includes the gradual displacement and replacement of humans by aliens, all in the name of global economic growth for the Earth. Will they make this argument? If so, they expose themselves as traitors to humanity. If not, then why does the “there are after all, more important things than economic growth” argument not apply to the internal Earth situation? Maybe White folks don’t want to be displaced and replaced in their own countries by alien immigrants?