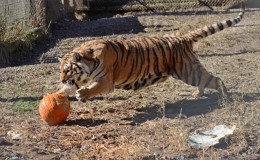 During last year’s Counter-Currents Summer Fundraiser, a number of our writers issued statements of support. They are just as valid now as then, so we are reprinting them here.

I make a similar point in my piece “Alt Right Art [2]”; in order to fight the depredations of political correctness, we must insure that “our” artists have space to operate, free from pressure to conform to what our adversaries find to be palatable or “acceptable.” In short, we need the freedom to be determinedly and implacably UNacceptable wherever and whenever we deem it appropriate to do so. We need, that is a degree of clout, and clout can only be assured through our seeing to the continued financial independence of our benefactors.

Juleigh Howard-Hobson: “There We Go [4]”

Andrew Hamilton: “Why I Support Counter-Currents [6]”

Recurring donations are particularly helpful, since they allow us better to predict and plan for the future. We have several levels for recurring donations. Please visit our Donations [7] page for more information.