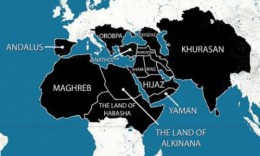 Hillary Clinton is fond of changing history in order to put herself in the best possible light. As First Lady, she claimed that in 1996 that she dodged sniper fire while visiting Sarajevo, the capital of civil war-torn Bosnia and Herzegovina. It was a good story and, initially, she received praise for her «heroism under fire» from a typically sycophantic press. However, the story was false. Mrs. Clinton never came under sniper fire. She lied. And the lies of the one-time and prospective presidential candidate did not stop with Bosnia. According to one person close to the ex-First Lady, her first major book, «Living History», was full of so many lies and half-truths, it should have been sold under the heading of «fiction».

Mrs. Clinton is currently rejecting charges that it was her policy of destabilizing Libya and Syria that led to the rise of the Islamic State of Iraq and the Levant (or, at it is also called, the Islamic State of Iraq and al-Sham (ISIS) or the Islamic State («al-Dawlah»). Clinton’s minions of idolizers and neo-conservative war hawks call such claims a «conspiracy theory», the favorite pejorative for those who suffer from a bankruptcy of facts. In fact, Clinton’s boasting about the extrajudicial execution of Libyan leader Muammar al Qaddafi, in which she cackled, «We came, we saw, he died», along with her vow to unseat Syrian President Bashar al Assad, after having publicly praised him in March 2011, provides evidence of her constant lying and changing of facts to suit her own purposes.

Clinton’s intervention in Syria and Libya, and the replacement of unifying governments with weaker regimes plagued by civil war, as well as separatist movements and Islamic emirates and caliphates vying for political control, were in the best interests of Israel. Ever since Israel developed the «Clean Break» strategy in the early 1990s, the division of Arab states by civil war and secessionist movements and religious turmoil and fratricide has been the goal of Israeli ultra-Zionists and right-wing political leaders, including Prime Minister Binyamin Netanyahu.

Mrs. Clinton’s good friend and oft-mentioned vice presidential candidate, former NATO commander General Wesley Clark, let the cat out of the bag in 2007 when he revealed on a television program partly funded by hedge fund mogul George Soros that he saw a classified Pentagon memorandum, which stated that seven countries would be «taken out» by the United States in five years. Clark said he saw the memo around September 20, 2001, just a week after the 9/11 attack on the United States. After the United States invaded and occupied Iraq, the next six countries on the American «hit list» were Syria, Lebanon, Libya, Somalia, Sudan and, finally, Iran.

Although it took more than five years for Syria and Libya to fall, the Hillary Clinton-initiated «Responsibility to Protect» (R2P) operation to back Islamist opposition groups against Qaddafi in Libya, Assad in Syria, Hosni Mubarak in Egypt, and Zine El Abidine Ben Ali in Tunisia.

Clark wrote the NATO book on destabilizing countries and militarily squaring off against Russia. His operations in the Balkans as NATO commander ensured that the former Yugoslavia fragmented into seven different countries, including Montenegro and Kosovo. Clark never condemned the 2001 plan to take out seven countries in five years, he merely said military force should be used as a last resort. But Clark seems very comfortable with the R2P operations that resulted in ISIL seizing control of large swaths of Syria and Iraq and other Islamist rebels seizing control of most of Libya. Clark also endorsed the Israeli action that demolished Palestinian Authority President Yasser Arafat’s Ramallah headquarters in 2002. Clark’s backing of Clinton’s interventionist policy in the Middle East, which is aligned with Israel’s «Clean Break» strategy of scrapping every peace accord with the Palestinians from Madrid to Oslo, should be no surprise when considering Clark’s family background. Although he is ostensibly a Roman Catholic, Clark is the son of Benjamin Kanne, a «Kohen» (priest) who hailed from a long line of Belarusian Talmud-wielding rabbis. Clark’s disdain for Russians was on full display during the Kosovo crisis. Considering his roots, it is also no surprise that Clark shares Clinton’s advocacy for Israel. Clinton and Clark on the same ticket in 2016 would further threaten the Middle East, Eastern Europe, the Balkans, and other parts of the world.

Considering the fact that Israel’s Mossad and Defense Forces have jointly coordinated attacks on Assad’s forces in Syria with Jabhat al Nusra, an ally of ISIL, and that Mossad and Saudi Mukhabarat General Intelligence Service chiefs have held a number of secret meetings, there is little doubt that the Clinton plan all along was to create an Islamic caliphate from the remnants of what was once the strong and united Arab secular and socialist republics of Syria, Iraq, and Libya. When the ISIL-allied Nusra Front took over the Syrian-Israeli border crossing at Quneitra in the Golan Heights, the Israeli military coordinated its ground fire on Syrian government positions in a manner that assisted the Islamist radicals. Similarly, Israeli connections to an ISIL cell in Gaza was used by the Israelis to suggest that Hamas was losing control over the Palestinian enclave. Israel has also been caught red-handed assisting ISIL-related groups in Lebanon that have attacked Hezbollah. All of Israel’s actions are in keeping with the «Clean Break» policy Version 2.0. ISIL has already seized large portions of the prospective caliphate’s province of Sham, which is composed of Syria and parts of western Iraq. Other parts of Sham that ISIL intends to «liberate» are Lebanon and Jordan. In North Africa, the Islamist Ansar al-Sharia and other allied Islamist groups have seized most of eastern Cyrenaica and large parts of Tripolitania, including Tripoli itself. These groups intend to link up with Boko Haram in Nigeria, which has already declared a caliphate in the northeastern Nigerian town of Gwoza in Borno state. Boko Haram’s caliphate also includes Damboa in Borno, Buni Yadi in Yobe state, and Madagali in Adamawa state. The much-ballyhooed U.S. Africa Command has taken no action to suppress the rise of the caliphate in Nigeria and neighboring Cameroon. As with the military acquisitions of ISIL in Syria and Iraq, Boko Haram has captured at least one military base, along with equipment, in Nigeria.

Boko Haram, along with Al Qaeda in the Islamic Maghreb and Ansar Dine in Mali, intend to spread the caliphate to Tunisia, Algeria, Mali, Morocco, Mauritania, Burkina Faso, Ghana, Ivory Coast, and the rest of West Africa as the Caliphate’s «Province of Maghreb». The ISIL-allied Salafists of Cyrenaica, Egypt, northern Sudan and Darfur plan for the establishment of the Caliphate’s «Province of Alkinana».

ISIL’s caliphate also includes the Horn of Africa, including largely Christian Ethiopia and Kenya, as well as the Central African Republic, Chad, Cameroon, Rwanda, and South Sudan as the «Land of Habasha». The Al Shabaab guerrillas have established a caliphate-loyal «Islamic Emirate of Somalia» in areas of that failed state that it controls. The area of Africa ISIL intends to conquer has seen its share of genocide but that will be nothing compared to what awaits it under the Caliphate.

ISIL said it intends to conquer Spain and Portugal and restore «Al Andalus» as part of the «Greater Caliphate». ISIL’s plans to turn southern Arabia into the province of «Yaman» will come at the bloody expense of the Zaidi Houthis of North Yemen and the secular-minded South Yemeni independence restoration movement. In any event, the Sauds will continue to rule their kingdom, whether it is called Arabia or «Hejaz». ISIL, spawned with Saudi support, will be the centurions and enforcers for the House of Saud and their Israeli allies. Al Qaeda in the Arabian Peninsula has already established a caliphate satellite, the Emirate of Waqar, in Yemen.

The estimated one thousand Chechens fighting for ISIL in Syria and Iraq can be expected to help threaten to Caucasus after their planned victories in Sham, Iraq, «Kordistan», and Iran. ISIL refers to the Caucasus region, including Chechnya, Dagestan, plus Crimea, southern Ukraine (including Odessa), as «Qoqzaz». In the sights of the Caliphate are Anathol, present-day Turkey, and Orobpa, the present day Balkans, plus Hungary, Moldova, and Austria. Perhaps it has not dawned on the Obama administration and its European Union and NATO allies that the destabilization of Ukraine wrought by the fascist regime in Kiev plays right into the hands of ISIL’s plans to take control of southern Ukraine and Crimea with the help of sympathetic Caucasus Muslims, Turks, and Crimean Tatars.

The Caliphate’s threat to bring large portions of central Asia and western China, Tibet, Nepal, all of India (except for Sikkim and the northeastern states where a self-described Jewish people called the B’nei Menashe live in Mizoram and Manipur states), Sri Lanka, Maldives, Pakistan (where an Islamic Emirate loyal to the caliphate has already been established in Waziristan), Afghanistan (where the Taliban calls areas under its control the «Islamic Emirate of Afghanistan», and Russia (where the Caucasus Emirate is attempting to gain territory) under its control as part of «Khurasan» fits in nicely with the West’s plans to disrupt the BRICS and Shanghai Cooperation Organization (SCO) alliances. BRICS and SCO firmly stand opposed to Western political and economic imperialism. In addition, hundreds of Southeast Asian Muslim radicals are reportedly fighting within the ISIL ranks in Iraq and Syria. They have all announced plans to return to Indonesia, Malaysia, Bangladesh, the Rakhine state of Burma, southern Thailand, and Mindanao in the Philippines to incorporate those countries and regions into the Caliphate.

Mrs. Clinton and her band of war hawks and Israeli friends created the conditions that have allowed a group like ISIL to massacre Shi’as, Kurds, Assyrian Christians, Alawites, Yazidis, Turkoman, Sunni tribesmen, Druze, and others from Aleppo and Quneitra to Mosul, Kirkuk, and the outskirts of Erbil and Baghdad. If they have their way, ISIL will be crucifying and beheading Copts in Egypt, Christians and Shi’as in Lebanon, Zoroastrians and Shi’as in Iran, Shi’as in Tajikistan, and Hindus, Sikhs, Jains, and Buddhists in India. Mrs. Clinton, the actual «grandmother of ISIL», has left President Obama with an extremely unstable situation that she intends to use as a wedge issue against him and his foreign policy in the 2016 election. Ever since 9/11, the West has fallen time and time again for the psychological warfare themes and schemes hatched in Israel and the neocon boiler shops and think tanks of Washington, DC. If ISIL is eliminated as a threat, as it must be, their true sponsors should also be unmasked and flushed out.