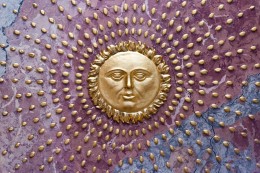 [1]1. Lately, the issue of over-population has pretty much gotten drowned out by other problems in the world. But wouldn’t well-educated people be more likely to know about it, and take it seriously, than poorly-educated people? And wouldn’t this have a dysgenic effect?

Absolutely. People who have no children, or fewer children, as a result of concern about over-population would most likely be smart, well-educated, and altruistic, with a sense of social responsibility, and these are all traits we need more of, not less.

Around 1970 (back when I was just a “fledgling eugenicist”) I had a friend, a retired professor, who was the leader of Zero Population Growth for the San Francisco Bay Area. I told him about my concerns about ZPG, and he was interested. He invited me to give a little presentation at the meeting of all the regional leaders held yearly in Northern California. Looking back on it today, it’s almost funny to recall that I honestly expected that they would all welcome my talk with enthusiasm. I was quite naïve (21-years-old), but I really should have had enough common sense to realize that some of them had been working on ZPG for a long time, and they were all “rah rah” about the cause, yet there I was, telling them that actually, all their hard work was doing more harm than good! But they listened politely until the end, when a middle-aged physician became positively livid. “What you’re talking about is exactly the reason we fought World War II!” he declared angrily. I really had no idea how to respond to that, so I just stared at him for a long, awkward moment, and then sat down. Interestingly enough, three regional leaders came up to me later to thank me, saying they had the very same misgivings.

2. Maybe there are valid reasons why many people are ignorant about sociobiology and eugenics – i.e., because they are scared of their implications.

But is it ever a good strategy to stick our heads in the sand like an ostrich? The scientific facts are basically the same things people have believed since the beginning of time – that individuals and races differ genetically. Now science has confirmed what common sense told people for millennia, so there’s no reason to think these beliefs will somehow bring about the end of the world. The belief that everyone is born exactly equal on everything that matters is totally fabricated, and has only empty assertions to back it up, nothing in the way of evidence. Before Marx and Freud and political correctness, it would have been scoffed at, and it will be scoffed at again in the future, because a gigantic falsehood – especially one this blatantly obvious – can’t sustain itself indefinitely.

3. There are good reasons to reject eugenics, even if it’s scientifically valid. One is that the world is not ready to handle this research. It’s true the media have a kind of filter that is heavily biased in favor of equality, so pro-eugenics views are hardly ever heard. However, there’s a reason this filter exists: it’s more important for the majority of people to have a good life than it is for them to consider dangerous or volatile ideas.

Ahh, now you’ve hit on something! You very aptly describe the suppression of these ideas as a “filter.” I agree absolutely that this belief – that the public should be protected from radical ideas, particularly ones the media themselves find distasteful – is a major reason journalists and others have lied to the public about IQ. But as reasons go, this one is not nearly good enough! Don’t journalists have an ethical obligation to report the facts? In The IQ Controversy, Snyderman and Rothman showed that in this debate, the ultra-liberal media have actually kept expert opinion from the public.

Are you suggesting that the public is too stupid and too unstable to be trusted with the truth? What a handy rationalization for journalists and others who are simply too cowardly to express an unpopular truth! They don’t even have to admit it to themselves. Instead, they can congratulate themselves on being “real humanitarians.”

To me, the attitude you express conveys a chilling arrogance, and utter contempt for the humanity of the public. It indicates they (you?) don’t value truth, or freedom, very much. Because you “care” about them, you want to decide what’s best for them to believe?! Would you want people to “care” about you that way? Who are you – who is anyone – to decide what truths the masses can, and cannot, be told? Do you believe in freedom of speech? Or is it only for certain people? Who is the fascist here?