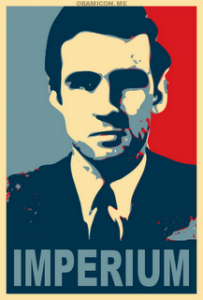 Dr. Kerry Bolton is working on a new biography of Francis Parker Yockey. He is also editing a collection of Yockey’s shorter writings — essays, notes, letters, etc. — for Counter-Currents. He needs your help.

If you have access to any of such items, or if you know someone who does, we will gladly pay all duplication and mailing costs to obtain copies. Please contact me at [email protected] [2].

Dr. Bolton and I — and history in general — would be in your debt.