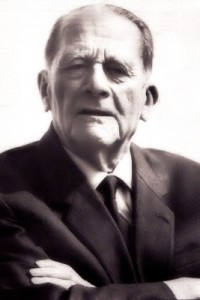 For Schmitt, law and bureaucracy can deal with normal day-to-day life. But, as Aristotle pointed out, generalizations about human affairs pertain only “for the most part.” In addition to normal circumstances, there are exceptional circumstances, in which functionaries cannot simply apply the existing laws.

Thus supreme power cannot lie in laws which are administered by bureaucracies. Supreme power reposes in the person who decides what to do in exceptional cases, when the codifications of past experience are not enough to guide us.

Schmitt’s concept of sovereignty is beguilingly simple, but when one thinks it through, the implications for the liberal project are devastating.

One of the leading slogans of liberalism is “government by laws, not men,” meaning that sovereignty ultimately rests with laws rather than individual men. The desirability of government by laws can be appreciated by imagining a utopia in which there are no laws, just a wise and benevolent judge who looks at the unique circumstances of every dispute and intuits the just decision.

There are two basic problems with this utopia.

First, there is no guarantee that the judge will always be wise and benevolent, and if he fails to deliver justice, then we would need a way to remedy the situation. That remedy cannot consist simply of another man who is empowered to fix the problem, because what if he becomes corrupt or capricious? Obviously, we cannot leave decisions in the hands of men. There have to be principles for evaluating decisions and rules for reviewing and correcting them, which means: reposing sovereignty in general principles or laws.

Second, if every dispute is treated as a unique situation with a unique just outcome, this makes life rather unpredictable. But unpredictability undermines social cooperation, order, and progress. Large business endeavors, for example, involve tremendous financial risks. But people will hesitate to undertake such risks if there is not a legal structure in place that allows them to predict the likely outcomes of certain conflicts. Therefore, we need a code of general laws. And since a lot of conflicts are pretty much the same, there’s no harm in having general rules to adjudicate them.

The liberal dream is to insure that everyone is treated justly by submitting all human decisions to rules. These rules can be applied according to other rules. Individual decision-makers can not only follow rules, they can be chosen according to still other rules, and their positions can based on objective qualifications, i.e., educational attainments and professional certifications. The aim is a society in which justice is produced by a well-oiled, rule-governed machine free of human bias, arbitrariness, and corruption.

In order to insure that the machine performs, it must have built-in self-monitoring and self-correcting mechanisms. It need not depend upon the moral or intellectual virtues of its functionaries if it can watch all their actions, double-check all their decisions, and reward or punish them accordingly. Just as the Catholic sacraments can be dispensed by a corrupt priest, justice can be produced by bored, cynical, and indifferent bureaucrats as long as the machine functions according to its rules.

First, there are the founders, the framers of the constitutional order who decided what the fundamental laws will be. Laws are ultimately created by decisions. Thus those who believe that decisions must always be governed by laws are simply abandoning their own freedom and responsibility and choosing to be ruled by the free decisions of those who came before them. Just as the deist model of the universe depends upon divine wisdom to frame its laws and set the machine in motion, liberals depend on the human wisdom of the founders who created the constitution.

Second, since the founders of a liberal system could not anticipate every exceptional circumstance, sovereignty must be exercised in the present day as well. Some liberal societies actually make constitutional provisions granting unlimited dictatorial power to an individual in emergency situations, for instance, article 48 of the Weimar constitution, which Adolf Hitler invoked to take dictatorial power.

But if a society makes no legal provisions for sovereign decisions in emergency situations, such decisions must still be made. Thus they will be made outside the framework of the official state. Such decisions may be made by important political figures, but not in their official capacities, which do not permit such decisions.

This, of course, is what is meant by the idea of a “deep state [5],” which, interestingly enough, is a Turkish contribution to contemporary political discourse. The Turkish idea of the deep state (derin devlet) refers to a network concentrated in the military and security services but spread throughout the bureaucracy and judiciary and intersecting with organized crime. The deep state works to maintain Turkey as a secular, nationalist society, primarily working against Islamists, Left-wing radicals, and Kurdish separatists. (The Turkish deep state seems to intersect with the crypto-Jewish Dönmeh [6] community.)

A similar deep state heaved into the light in Egypt, when the Supreme Council of Armed Forces, [7] in response the the Egyptian Revolution of 2011, removed President Hosni Mubarak from power. The SCAF then called elections, ceded power to the winner, Mohamed Morsi, and dissolved itself in June of 2012. In July of 2013, when Morsi proved unable to govern, he was removed in a military coup led by SCAF member Abdel Fattah el-Sisi, who is now the President of Egypt. After the coup, SCAF was officially reactivated, although it members were surely in close and constant contact with each other during its official hiatus, particularly in the run up to the coup.

The concept of a deep state overlaps with such notions as an establishment, a permanent bureaucracy, secret agencies, smoke-filled rooms, lobbies, political “inner parties,” NGOs and Quangos, and even secret societies [8], all of which shape political policy and negotiate between interest groups, which is just politics as usual.

But in Schmittian terms, this has nothing to do with sovereignty, which is comes to light when politics as usual breaks down. And in the cases of Turkey and Egypt, when the political system had been paralyzed by crisis, the deep state centered in the military intervened to preserve a secular, nationalist political order.

Since White Nationalists aim at creating the next political system, and since we are counting on the existing system to collapse under the weight of external shocks and internal corruption, it behooves us to understand where sovereignty resides in the present system. If, for example, America entered a constitutional crisis, who would exercise sovereign power to preserve the system? Where does the American deep state lie? Or, better: where would it emerge? What is the system’s last line of defense? Who will kill and die to preserve it?

Organized Jewry is the most powerful force in America today. In terms of politics as usual, Jews get their way in all matters that concern them. But although organized Jewry surely would intersect with an American sovereign deep state, if America faced a severe constitutional crisis, I do not think that Jews would step in to exercise the sovereign decision-making functions necessary to preserve the system. They would surely try to stave off a crisis for as long as possible, to preserve their wealth and power. Then they would try to milk a crisis for all it is worth. But ultimately, I do not think they would risk their own blood and treasure to preserve the American system, for the simple reason that the Jews today show no sign of caring about America’s long-term viability. It’s not their country, and they act like it. They are just using it, and using it up. They are not stewarding it for future generations. Therefore, they will not take responsibility for its preservation. In a real crisis, I think their deepest instinct would be simply to decamp to friendlier climes.

Would the American deep state emerge in the military? The military is currently the branch of government that Americans hold in highest esteem. But a fatal crisis might include catastrophic military failure. It might involve a standoff between the military and other institutions that can only be resolved by outside parties. It might also involve the American military massacring civilians. In which case, the military would enjoy very low esteem, and all Bonapartism would be off.

Liberal societies may be especially brittle when faced with systemic crises because liberalism corrodes virtue and excellence. Modern political thought promised stability by founding political order on widespread vices — greed and cowardice — rather than rare virtues like moderation, courage, wisdom, justice, and honor. But when the liberal machine breaks down — when it can no longer master crises — when it can no longer dispense rewards and punishments — when it depends for its salvation on the decisions of a sovereign, then liberalism’s very existence will require the virtues that it neglects if not outright disdains and discourages.

If you want to see real terror in an American’s eyes, simply propose a new constitutional convention. Most Americans would never trust their contemporaries with framing a new system because they believe, correctly, they are not just silly and ignorant but also downright vicious.

Wherever sovereignty would ultimately repose in a systemic crisis — wherever a deep state would emerge — what separates a true White Nationalist from a mere race-conscious reactionary is recognizing the system’s ultimate guardians as our worst enemies [9].