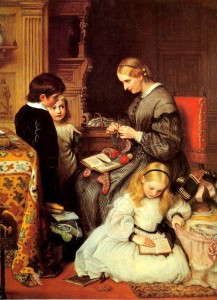 Even though I believe in eugenics, I really have no idea how it should be implemented. It seems so complicated, and it could be abused. What would a model eugenics program even look like?

When we envision launching a new eugenics program in the West, we need to consider what is effective, what is morally right, and what will be accepted by the public. We can make great strides towards helping future generations with no Draconian measures whatsoever, just a combination of incentives and disincentives. Numerous plans have been put forth, and volumes written about eugenics, but I will simply outline of a basic eugenics program for America and Europe.

1. Prisoners will be offered a reduction in their sentence and a cash bonus if they agree to be sterilized (with no conjugal visits allowed for men who are still fertile!). Felons not currently in jail will also be offered the same cash bonus.

2. Everyone on welfare will be given a cash bonus for having a tubal ligation or vasectomy.

3. A program will be started in conjunction with the schools in which girls are offered a cash bonus as soon as they reach puberty if they opt for free permanent or long-lasting contraception.

4. Contraception and abortion will be free and easily obtained by everyone so they will no longer act as selective agents to lower our genetic potential for intelligence and initiative (as they do today).

5. In America, AFDC (Aid to Families with Dependent Children) will be phased out. It can’t be stopped abruptly because many families have become totally dependent on it. But it will be broadcast far and wide that beginning on Such-and-such a date, if girls become pregnant and choose to keep their babies, the state will no longer support them. Currently, the government rewards them for having illegitimate babies by giving them food, housing, and a monthly stipend indefinitely. In addition to encouraging widespread sloth, this program imposes a huge burden on the taxpayer, and it is horribly dysgenic.

6. Tax breaks for parents with children will be increased. Paid maternity leave and paternity leave will be expanded greatly. “Mothers Benefits” will be paid to wives who choose to stay home with their children, and the amount will be proportionate to what they might be expected to earn from working based on their level of education.

7. College students with children will receive a wide array of subsidies and services designed to make parenthood easier, such as high-quality day care, and on-call nannies and housekeepers.

8. People with severe mental deficiency (retardation or mental illness) will be sterilized. Opponents of eugenics might want to call this “coercion,” but this word is inappropriate because by definition, these people are not capable of making rational decisions on their own, so we have no idea what they would want if they were able to understand their situation. The best thing we can do for them is to do what we would want for ourselves if we were in their place.

9. The field of genetic counseling will grow considerably, and its services will be widely utilized and free of charge. It will help prospective parents navigate the rapidly-changing world of genetics and reproductive biology so they can maximize their chances of having a bright and healthy child.

Many fear abuse with eugenics, and this is not an entirely bad thing. But, like any large program ever devised, there are bound to be a few abuses, or at least instances of unfairness. Our opponents will howl and carry on, “Hitler!” “Nazis!” and try to destroy us. Does this mean we throw up our hands and abandon the entire endeavor? No. It means we learn from our mistakes, prevent them from occurring again, and carry on with even greater resolve, confident in the rightness of our cause, with the knowledge that eugenics alone has the unique ability to empower our people, and to massively reduce their suffering by decreasing crime, boosting the economy, increasing intelligence, and improving health.