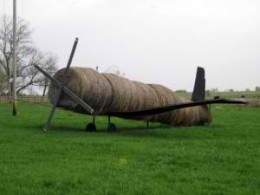 My parents, like most white mainstreamers, are unwittingly, casually anti-white. They don’t even think about it. Their anti-whiteism is a worldview that they have adopted by osmosis from their “progressive” environment. Like many in their generation of war babies and boomers, they’ve spent their whole lives lazily parroting the talking points of their radical professors and of Hollywood. Having been thus long immersed in the moral rhetoric of ’60s kosher leftism and the gospel of “civil rights,” they tend to think it the height of sophistication and righteousness to point out, whenever possible, ways in which white people are wicked and wormy, and how non-whites are admirable, brilliant, noble, innocent, and good.

This is how they do obligatory penance for their whiteness. Through this alchemy they redeem themselves.

Once my mother said “White people think they’re superior. But if you were to put five white kids in a room with five black kids, what would happen? The white kids would come out talking black jive talk. They would adopt the mannerisms of the black kids. So who is really superior?”

As a teenager I often suffered these annoying “insights” with a mute, polite nod. But on this occasion, as I recall, I pointed out the obvious: “Yeah, Mom, but they would all be speaking English.”

“The black kids would have aped white culture first and more significantly. Their ‘jive’ would essentially be English, or something near to it. The point is, they wouldn’t be speaking Xhosa, would they? They would be using a white language.”

My mother simply replied “I don’t think you get my point.”—her usual fallback whenever anyone challenged her ideas.

I was reminded of this conversation from my personal past just this morning when I came upon (or shall I say “discovered?”) a similarly annoyingly “insightful” viral video that poked fun at whites who appropriate dribs and drabs from non-white culture.

In the video (embedded at Slate and Huffington Post and other Leftist sites and the recipient of tens of thousands of Facebook likes), a nerdy white kid casually mentions how he “just discovered” the bar in which he drinks. Of course he is here using the term in the sense in which it indicates a personal discovery—much like if I told a friend that I “just discovered” a new band, I would of course mean simply that the band was new for me and not that I was a professional talent scout who had launched said band into fame from obscurity.

But these fine distinctions between modes of discovery in our language are not clear enough for the PC speech police. The white kid gets hassled for saying he “discovered” the bar by a “cool” black kid who had long frequented it. We have all met people like this, and most of us take pains to avoid them: anal-retentive conversationalists who are deaf to the subtle shades of nuance in our language and who seem hell-bent on being offended by one possible, but unintended, meaning derived from our every utterance.

You didn’t “discover” this bar, the black kid insists.

Then the joke is revealed: the white kid clarifies the matter by saying he “Columbused” the bar, meaning he “discovered it for white people.” Fair enough. Everybody knows that when people say Columbus “discovered” America, they of course mean that he discovered it for Europeans. They mean that he accidentally came upon the American continents and everything in them, including their native inhabitants—all of which had been hitherto unknown to any in Europe, save for the odd Viking.

But the video seems to imply that we should feel no end of shame when it comes to “discovering things for white people.” It implies that in claiming to have discovered things we are actually plagiarizing them—that we are actively trying to pass such things off as our own invention without crediting the other cultures from which they may have originated.

The video goes so far as to suggest that whites are somehow the earths least inventive race—that we only have culture insofar as we are able to chameleon ourselves against the multifarious beauty of the colored races.

“Can there be reverse Columbusing?” asks the black kid.

“It’s impossible,” the white kid replies. “White people are too good at taking credit for stuff.”

But this is simply preposterous. And it is preposterous for so many reasons. Firstly, I have never heard any white person try to take credit for inventing or discovering the items that the video lists as having been “Columbused.” Everyone knows that hummus is from the Middle East. No one is trying to pass it off as Norwegian. And Zumba class? Eastern medicine?—it is precisely these things’ widely acknowledged exotic origin, relative to white or Western culture, that largely accounts for their appeal to white westerners. No one is crediting whites for these things’ existence.

But Aisha Harris of Slate seems confused [3] on this point. She insists that we whites are somehow really eager to claim twerking, for instance, as our own idea, an innovation of our great cultural icon Miley Cyrus.

Thank goodness for “Columbusing,” therefore. For now speech police will be able to point out the truth of this weighty matter. “So the next time someone credits Miley Cyrus for twerking, you’ll be ready,” Harris notes.

Let us for a moment suppose that we live in a world where twerking was, rather than embarrassingly cringe-worthy, something for which someone would in fact want to take credit. Well, I guess we do in fact live in such a world, unfortunately. For when Cyrus first twerked, at the 2013 VMA Awards, media worldwide [4] were quick to point out how twerking was a “black thing,” and how we white people should feel collective shame and embarrassment that one of our own had dared to profane such a sacred African dance with their pale Euro flesh.

But let us speak frankly. Twerking is, of course, the George Washington Carver of the ancient art of dance. It simply testifies to the atrophy of “black culture” that blacks so desperately need to claim this butt-bump as their own innovation. So let us throw them a bone. Let us ignore the fact that twerking is widely visible in the animal kingdom (i.e., among beats in heat making themselves available for sexual penetration) and credit blacks for twerking. And let us concede that, apart from our traditions in the cancan and courtesan culture, Cyrus Columbused this raunchy stance from blacks for white “benefit.”

But since Harris and the liberal blogosphere, and the people behind this video, seem so filled with passionate self-righteousness in their crusade to remind us of all of the things that we whites appropriate from non-whites, might we for a moment turn the tables? Might we come up with a term for the mass appropriation of white culture by non-whites?

[5]I have an idea. Whenever non-whites adopt the cultural productions of whites, let us say that they are guilty of Cargo Culting.

So Aisha Harris will have to remind herself, when driving home at night, that she should wholeheartedly express her appreciation that her automobile, invented by whites, had been Cargo Culted for her and her race. But does she ever? Does she think to give us whites what we are ready to give to blacks for twerking?—that is to say, credit?

And how about when she takes an elevator to her apartment? Or when she texts her friends? Or when she uses her apartment’s central heating and plumbing systems? Any gratitude from Harris? Any acknowledgement that these things were Cargo Culted?

Let us take the briefest of tours across the seemingly endless island of the Cargo Cult.

So the next time a non-white speaks or writes in English or French or Spanish or German; or uses a wheel; or purchases electrical appliances; or watches television; or sees a movie or listens to the radio; or gets a satellite feed; or notes that it is Wednesday or any other day of the week; or looks at representational art; or mentions the temperature in Fahrenheit or Celsius; or is confronted with three-dimensional perspective in a line drawing; or rides a bicycle; or walks on concrete; or stands under an arch; or thinks philosophically, scientifically, or historically; or is the beneficiary of antibiotics or penicillin or any other product of western medicine—you’ll be ready. You can call them on their Cargo Culting.

But what is the point of all this? Why play this schoolyard game of “who outdoes whom” in cultural production or appropriation? The reasons the Cargo Cult must be acknowledged from time to time are manifold. For often we forget what the cultural achievements of white westerners are simply because those achievements are so widely pervasive they have become, in a sense, invisible. They have become like water to a fish. By being explicit about them, by giving credit where credit is due, we avoid making the mistake of people like my mother—people blind to the obvious fact that most non-whites in western countries and globally have been utterly transformed by us, linguistically, technologically, and culturally. [6]But there’s more to it than that. There are hidden dangers in failing to give due credit. For there is an ongoing cultural and racial struggle in which certain powerful entities are spending vast resources to convince whites that they should forget who they are, and feel shame for who they are. Look at the combined effect [3] of the headline and the photo in the Slate article.

If one didn’t have the wherewithal to critique this kind of corrosive propaganda, one would get the distinct impression that all whites, like Miley Cyrus, were a kind of loathsome species. “Finally, A Term for when White People ‘Discover’ Things,” the headline mocks, superimposed upon a juvenile delinquent Cyrus, hysterically grinning in her diabolical plot to rip off and cash in on the pure souls of black folk. [7]Who creates these images and why? Why such a hate-filled attack on an entire people—especially when, according to the religious gospel of the day, we are all supposed to be “tolerant” and “sensitive?” We must come to the realization that even the moral precepts of “tolerance” and “sensitivity” are weapons used against us, an effort to disarm us while those groups who preach it only hate us and remain on the racial-ideological attack.

Reminding ourselves and others of the ongoing global vastness of the Cargo Cult, precisely because it will be seen as insensitive, will serve as a much needed counter-attack and a breath of fresh air, a glimpse beyond the prison of a unilateral tolerance that has been our unjust incarceration for half-a-century. It is a salve for the psychic wounds inflicted upon us by the anti-white hordes of journalist pawns and their puppet-masters: people like David Plotz, the Jewish editor of Slate; people like Barry Diller, another Jew (surprise!) who runs the College Humor site responsible for the Columbusing video.

Of course they would be Jews, the most ungrateful of all beneficiaries of western civilization—the very high priesthood of the Cargo Cult!