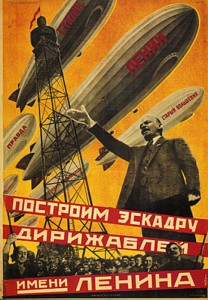 “The world today is nothing more than a world built on lies, illusions, and false narratives. The so-called masters of governance and economics feed the masses events based off their own narratives seeking to have them believe whatever it is they want them to believe.”[1]

De-World is Jeff Frankas’s first novel, and it’s self-published. Ordinarily, these would be signals to run for the hills. Like most stereotypes, there’s some solid truth behind that, but it’s my job as your Trusted Reviewer to let you know when exceptions should be made, and this is one of those times.

De-World takes place some years after a mini-sub in the Potomac takes out Washington with a mini-nuke. The reconstruction of the government in Denver gives The Movement their chance to shit-can the moldy old Constitution and let the creepy old America of Hate just die, replaced by a new America of love and equality, whose rules are embodied in a new document, The Sanct. It’s kinda like you woke up to find Amy Goodman is absolute ruler.

The new reality is constantly delivered and promoted by the latest communications technologies, networked or implanted. “People need to hear what they want to hear.” The foolish oldsters who cling to their guns and God and still think elections matter are sneeringly known as “derelicans.” Our boy Geroy is an ambitious Federal Teacher who thinks his new job at De-World, the company that manufactures the new reality and massages the messages into the masses is the next step in his advancing career. But things, as they say, are not what they seem. Truth really is Hate.

Frankas claims to be “a part of the group of emerging New Right authors” and that his book is “an expression of the emerging New Right pop literature style, displaying a unique glimpse into the next America,” but don’t let all that frighten you. There’s no heavy-handed symbolism or didacticism — none at all, in fact — nor does the author have the Answer or a Plan. And the writing makes no attempt to emulate Trollope or some other model from the Good Old Days. These two points — New Right sensibility and New Right style — are connected with the two hurdles a “futuristic” novel must overcome, and Frankas clears both.

First, the language problem. The author has to suggest, with more or less subtlety, that this is, of course, the Future. Languages evolve, slang goes in and out of fashion, and new developments in technology and elsewhere in culture lead to plenty of new vocab. The lazy way is some variation of “space X.”[2] Anthony Burgess is the gold standard here, A Clockwork Orange going almost but not quite too far in its Joycean game, using barbarous adaptations of Russian to suggest a post-Cold War world where the economic and cultural differences have been drowned rather than overcome.[3]

Frankas succeeds by crafting a believable mashup of entertainment jargon, Techno-hip babble, and the frankly infantile. HOM (home online monitor, government issued and controlled, of course) where you can watch “sodies” (although I might have preferred “sods”) of your favorite shows, perhaps augmented by pulse screamers (legal amphetamine) and then polishing off the night with Luciax (prescription lucid dreams). Rivetheads are the new wave of state bureaucrats — “know the rivethead” as Frank Herbert might say, “by his glossy black Mohawk.” The learning curve is a bit steep but not imposingly so, and Frankas has even provided a little YouTube tutorial [3] to get you up to speed.

Other coinages suggest the mentality of the new, post-Hate America. The homeless are now “vagwalkers,” free to roam the walled-off “post-funct zones”; immigrants are “improve settlers”; both types might be qualified as “wayward,” meaning what we might call “criminal.” [4]These words suggest the smarmy, warm and snuggly nature of post-Hate America, which gets us to the second hurdle, constructing a believable development of our current situation. The great problem here is imagining the Left’s tyranny as some kind of “liberal fascism” — i.e., buying right into the Left’s basic mind control device: fascism as the greatest imaginable evil. Neocons and talk radio “conservatives” always fall into this: “jackbooted” Feds, “barbed wire FEMA camps,” “Mussolini would call bailing out GM just his kind of fascism,” etc. Baby Neocon Joshua Goldberg even wrote a whole treatise on the subject — liberals are so evil, they’re nothing but . . . fascists!

Frankas gets it right: the liberal future is endless bureaucracy, endless red tape, and of course endless control. Not Nietzsche’s Superman, however distorted, but his Last Man, seeking nothing but comfort and pleasure, and actually welcoming anyone willing to take charge and make things better.

This is perhaps best illustrated by an early scene that at first might seem a bit unnecessary; getting to an event in Denver, Geroy needs to take a plane. Anyone familiar with post-9/11 hassles can imagine what air travel would be like after Washington is nuked, and that leads to us to a low-key but hilarious airport interrogation at the hands of a barely functionally literate Third World female FSA goon. It perfectly encapsulates the mind-bendingly irritating and banal nature of life in Good America.

This is how Frankas’s New Right — I would prefer to say, alt-Right — sensibility helps him craft a dystopian future that’s more believable than the usual Right-wing fantasies. Now, to get back to New Right style, it’s future oriented pop rather than backward glancing establishment. Style and sensibility come together when this boring, over-controlled future seems to lead out protagonist to space out periodically, represented by interludes in which a kind of computer mini-program or script takes over the narration. I thought this was an interesting reiteration of the “Penny Arcade Peepshow” routines that are interspersed throughout Burrough’s The Wild Boys, serving, I think, the same function — suggesting ways in which the script, as both authors would call it, can be subverted from within, challenging the illusion of Total Control.

If I have any real problem with the book, it is, at the risk of sounding rather PC myself, the lack of female characters. There are really only two, admittedly playing major roles, but definitely coming out of the Emma Peel/Trinity/Agent Scully realm of adolescent fantasy, right down to the preference for wardrobe of the leather, catsuit and high heeled boots variety. Even “in black camo. It makes her a little scruffier, more in command of the task at hand. The rugged pin-up, solution can-do woman on the offensive.”

Not that I have any problem with that myself — like the jackbooted Feds, it’s more evidence that, as Jonathan Bowen has observed, the Right retains its hold on the unconscious — but it seems out of place in the overly maternal world of the Left. If Amy Goodman were President, would the Veep travel around with his own squad of Solid Gold Dancers, as the grotesque Samoan Veep does here?

On the other hand, Geroy is an interesting, though ultimately repulsive, character, rather than the dull ciphers they usually are (hello, Neo?). For one thing, he has an odd sense of fashion and design, that crops up in his thoughts, habitually turning to the question of his re-worked backsplash, or whether visitors find his new prints banal. He knows precisely what kind of chair he’s in at any time.

He’s not so much metro-sexual — Frankas makes his interest in women clear (“I see determination. I see honesty. I see cleavage.”) but rather an interesting mutation resulting from several generations of exposure to DIY design and home improvement cable shows. For Geroy and the other TV-mutated Leftists of our time, it’s all about Me, as he frankly admits over and over.[4] It makes him the ideal candidate for Operation Mirror Image — like Manhunter’s Tooth Fairy, what feeds his fantasy is what he sees reflected in the eyes around him, despite his frequent attacks of scopophobia– which is also his fitting punishment.

It also makes him far more effective as a first person narrator; as he says, “I notice things.” But then, “Everyone notices something. The real art is getting them to notice forever, to stay with it, coming away awestruck with a lasting impression.”

I’d say Frankas has succeeded at that, too, crafting a kind of fusion of Brave New World, Neuromancer, and The Man in the High Castle. He deserves your notice.

1. “The Great Forest of the Overman: Dismantling the Illusion from Within” by Conor Wrigley at Aristokratia, here [5].

2. Duly noted on MST3k, “Manhunt in Space” : Joel: “Movies like this are always trying to show how futuristic they are by putting the word ‘space’ in front of everything.” For an exhaustive listing of the “Space X” trope, see TVTropes, here [6].

3. Close attention to Kubrick’s film shows he gets it too — the Top Ten chart Alex views (or viddies) lacks the cliché “Space Disco” or “Gas Music from Jupiter” nonsense, instead featuring Mungo Jerry’s recent hit “In the Summertime”; Alex’s droogs turned cops wear “E[lizabeth] R[egina] II” badges. Kubrick clearly intends the film to take place a few years, not decades or centuries, after 1972; though even he likely didn’t think Elizabeth would still be around in 2014.

4. Identifying an approaching thug’s suit as “probably Versace” is so odd that it must link him, I think, to that other post-modern airhead, the protagonist of Showgirls whose name — Nomi, get it? — suggests that there is less to Geroy’s “Me” than he thinks.