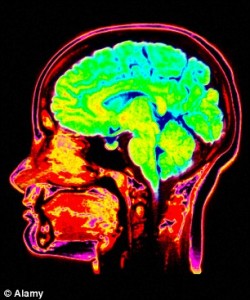 Jews have many unique psychological characteristics that render them radically unlike non-Jews. One quality Jews possess in one-on-one situations, and even group situations, is a keen sensitivity to the subtleties, nuances, desires, thoughts, and emotions of non-Jews. They can size up people of all races and interact with them extremely well. This is no doubt one reason for their prominent role as mediators and go-betweens.

When they desire to do so, Jews deal with all kinds of people, high and low, rich and poor, of every race, even the prickliest and most difficult personalities, with diplomacy, delicacy, and tact, patiently subordinating and concealing their own thoughts and feelings in the process.

Despite underlying callous indifference to the well-being of whites, blacks, Mestizos, Arabs, Asians, or anybody else—Jews are the most inhuman people on earth—they nevertheless engage more sensitively and intimately with individual members of all races and subcultures, even the most outré, than any of those people can with members of their own kind. But coldness and the instinct to dominate and manipulate lurks behind the seemingly caring and sympathetic façade. It is not insincerity in the sense we understand it, but a function of their bifurcated (two-track) minds.

I believe this ability to make whites—indeed all Gentiles—feel sympathetic and at ease is analogous to, though far more subtle and sophisticated than, the “winning personality,” “high levels of social competence,” and “socially dominant personality profile” psychologist J. Philippe Rushton identified among blacks. Of the latter he noted, “They are outgoing, talkative, sociable, warm, and friendly. Psychometrically speaking, they score high on the Extraversion personality dimension. They are also much less anxious, shy, and fearful than Whites.” (“Solving The African IQ Conundrum: ‘Winning Personality’ Masks Low Scores [3],” VDare.com, August, 12, 2004)

Following is a concrete illustration.

An American Catholic layman described a brief discussion he had in 2011 with the Israeli Ambassador to the Vatican after attending a speech the man gave in a Franciscan monastery overlooking the ruins of the ancient Forum in Rome.

During the question and answer period the Catholic asked a polite but pointed question about Israel’s harsh treatment of the Palestinians. Later, a Franciscan priest privately thanked him: “We can’t think that way. We are Catholics.”

Afterward, the Israeli ambassador, flanked by two armed bodyguards, approached the questioner and chatted him up about America, Laurel and Hardy movies, and other inconsequential matters. The Israeli was obviously sizing up the man, perhaps even ID’ing him in some way.

The strange thing is that, in those minutes of his speaking to me, I felt a genuine rapport with him. I rather liked him; in fact, I felt a kind of closeness to him, one that I did not feel when speaking earlier with the priest. The Ambassador’s belief system is alien to mine. His speech, both before us and the Pope, was obviously little more than a tactical exercise in an ongoing Israeli disinformation campaign. Yet, I felt nothing less than a genuine liking for that government’s official representative to my tribe [Catholics].

Why should I have felt more of a rapport with that man than with the priest who shares my beliefs about this world and the next? His friendly face smiling and his body language drawing me into his love for Laurel and Hardy, I noticed that part of my feeling of liking him was, yes, feeling a little sorry for him. He seemed likeable and vulnerable, unlike any Arab I had ever spoken to. I was warmed by his manner. An aura seemed to draw me into a strange cloud, induced to identify, emotionally and psychically, with the past suffering of the Jews and disposed almost not at all to consider worthy the present suffering of the Iraqis, the Afghanis, the Libyans, and the Syrians.

Some points to consider:

This strange, intangible, Svengali-like power is certainly a major source of Jewish dominance. Jews possess an uncanny ability to empathize with the Other, examine him closely and take his measure, understand and engage, even mesmerize him, without feeling the slightest genuine sympathy or compassion.

This disjunction between empathy (the capacity for participating in or vicariously experiencing others’ feelings, volitions, and ideas) and sympathy (genuine caring) is completely foreign to whites, who do not understand it and cannot cope with it in a healthy manner. For them, to empathize is to sympathize. In the English language the words are synonyms. It is quite different for Jews.

In this connection it is striking how often the process of targeting and destroying non-Jews involves establishing intimate personal contact with the victims (known in spy circles as “humint”—human intelligence), partly in an attempt to dominate, but mostly to coldly evaluate the luckless, overmatched target face to face. One wonders how Jews would fare in a conflict if they were deprived of this opportunity.

Sometimes Jewish community representatives or Establishment journalists are used. Frequently, however, an intimate Jewish friend, acquaintance, or colleague of the victim is recruited for the purpose. Sayanim [5]-fashion, the formerly-independent acquaintance invariably agrees, Judas-like, to betray his Gentile “friend.”

That is how Eddie Jacobson, a former Kansas City haberdashery partner of Harry Truman, was approached out of the blue by organized Jewry in 1947-48 and asked to pressure the President into recognizing Israel, as well as provide personal access for more important Jews to strong-arm the chief executive and corruptly deliver money and votes to him (the carrot and the stick).

The ADL used [6] David Irving’s Washington, DC friend, James Jacobs, an executive at NASA and expert on nuclear power, to surreptitiously gather personal information about the author in its decades-long campaign to destroy him. Jacobs happily obliged, as if cutting his friend’s throat was the most natural thing in the world.

According to a confidential 1977 ADL memo, Jacobs stated “that Irving is definitely not anti-Semitic . . .” This remains true today, despite everything the Jews have done to harm the author. It is the predictable, fatal, knee-jerk response by Gentiles to the Jews who intensely despise and persecute them. The relationship can only be described as sado-masochistic.

At any rate, Gentiles are deceived. They mistake Jewish understanding for sympathy, because in their minds sympathy and empathy go hand in hand. They care more about fictional Jewish suffering than they do about the most ghastly injustices perpetrated by Jews against others.

Formerly, whites entertained a stereotype of the “inscrutable Oriental.” Had they meant Jews instead of East Asians, the designation would have been apt.