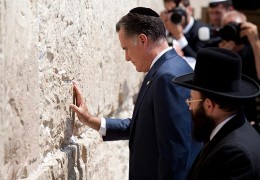 [1]Human races can be arranged in a dominance hierarchy. Some races are more dominant than others. In our natural habitat, we were the dominant race on earth. Today, Jews occupy that position. They subjugated whites as quickly and easily as whites subjugated blacks, Amerindians, and East Asians. (Yes, despite East Asians’ higher intelligence as measured by IQ tests, we are the dominant race.)

Since Jews are dominant over whites, who in turn (prior to subjugation) were dominant over all other races, Jews are ipso facto dominant over all races on earth, just as their teachings, psychology, and deeply-held convictions tell them they are. There are no exceptions to this rule. Following this line of reasoning, other races possess no better defenses against Jewish depredations than we do. [2]This is well-illustrated by a 1953 letter written by an exasperated Francis Parker Yockey [3] from Egypt, where he had hoped to enlist a few allies against the Jews:

These people are terribly stupid and incorrigible (not capable of being enlightened) . . . They’re simply too roasted by the sun to be able to accomplish anything. . . .

[A] few days ago an important fellahin journalist said to me, about the Jews, “I regard the Jews as cousins.” And the country is now at war with the Jews. But the officials say: not against the Jews, against the ZIONISTS. . . . Even the Gods contend in vain against stupidity. The synagogues here are very large, and they’re all on the rise. The big businesses are Jewish. On the streets the Jews can’t be distinguished from the others—except in a few cases—these people come from Europe—and they say “I’m a European.” And they [the Egyptians] believe it, too.

There are two ways to look at this. One is the one-dimensional “racist” way: “Those stupid Arabs (or Muslims)!” The other is from a dominance perspective. Arabs, despite being (supposedly) genetically similar Semites, cannot match Jews in dominance. Jewry’s success depends heavily on the blindness and submissiveness of its victims. US Senators, Representatives, and President Obama’s cabinet flattered Israeli Prime Minister Binyamin Netanyahu with 29 standing ovations during this 50-minute speech in 2011—rising and applauding in unison an average of more than once every two minutes. Netanyahu’s milestone second address (his first was in 1996) placed him in the select company of South African Communist Nelson Mandela and Israeli Prime Minister Yitzhak Rabin, a former member of the terrorist Haganah, who also addressed two joint sessions of Congress. Record holder Winston Churchill addressed three.

The idea of racial dominance was advanced by WASP physical anthropologist Carleton Coon, professor at Harvard University and the University of Pennsylvania, in his book The Origin of Races (New York: Alfred A. Knopf, 1962). Other works by Coon include The Races of Europe (1939) and The Living Races of Man (1965).

In Origin, under the subhead “The Dominance of Groups,” he wrote:

Dominance has two meanings in zoology: the dominance of individuals in social groups, as shown by the peck order and the like, and the dominance of one kind of animal over another. We are concerned here with the second meaning only.

Groups of dominant animals may range in diversity from whole orders to families to genera and even to species. . . . Even within a species such as ours [Homo sapiens], certain subspecies and races may show dominance over others. [Emphasis added.] This is part of the evolutionary process. . . .

This is why rabbits and foxes, when let loose in Australia, raised such havoc with the local fauna [animals], and why, in another sense but following the same principle, the white settlers have replaced the aborigines in the wetter sections of the same continent. (pp. 48-50)

I witnessed a vivid demonstration of this principle when I was a boy. My dog was dominant in the sense described by Coon. Every time he interacted with strange dogs, regardless of breed, he would assume a menacing air and the other dogs would immediately submit, lowering themselves and making a whimpering sound. I never observed an instance where this did not occur. [5]A similar dominance-docility relation exists between Jews and whites. Whites are submissive—embarrassingly so. There is also a strange—frankly, disgusting—sado-masochistic component, with Jews the hate-filled sadists and whites the adoring masochists.

Dominance should be distinguished from Darwinian fitness, with which it is often confused. Strictly speaking, when applied to race (which it usually isn’t, because contemporary evolutionary analysis avoids acknowledging racial differences), fitness means differential reproductive success (more offspring). Therefore, as one college textbook put it, “Such statements as ‘the unfit are outreproducing the fit’ are meaningless. By definition, the unfit cannot outreproduce the fit.” One of the most fit human populations today is blacks. [6]Dominance is also distinct from superiority. Though Jews are dominant over whites, we are superior. As William Pierce noted, our race does an overall better job excelling in every field of endeavor: literature, engineering, painting and sculpture, astronomy, building cities and roads, and exploring new lands.

Though Jewish dominance is visible in face-to-face exchanges, it is especially noticeable in the social, cultural, ideological, and institutional realms. In any assemblage or organization, Jews, given sufficient numbers and time—they can work ceaselessly for specific objectives over much longer time periods (generations, even) than whites—will get their collective way on matters of importance to them. This is true in entire societies as well. [7]We might say that population dominance is achieved through control of culture. A dominant race creates and shapes the social, psychological, and behavioral environment to which subject races must adapt. The dominant group creates an environment, a culture, advantageous to its members but exploitative of and maladaptive to subordinate races. Jews have gone so far as to strive for the extinction of whites, despite formulating the laws that made genocide an international crime against humanity. They routinely ignore and violate law whenever it suits their purpose.

To fully comprehend the radical and disastrous effect of Jewish dominance, consider an historical analogy that will be easier for most readers to grasp. Contrast the populations and social systems of Amerindians—the large, populous civilizations of the Aztecs and Incas as well as the sparsely-populated hunter-gatherer tribes of North America—prior to and following the arrival of the white man. [8]In 1532, Spanish conquistador Francisco Pizarro, with just 168 men (106 foot soldiers and 62 horsemen), far from from any Spanish outposts in the Caribbean that could have reinforced him with men, arms, or provisions, conquered the Inca Empire whose ruler commanded 80,000 warriors. The Incas governed most of what is now Peru, Ecuador, Bolivia and part of Chile. After the defeat, the Incas lost their will to resist, and a handful of Europeans ended up conquering millions of Amerindians. This was a clear display of racial dominance unrelated to superior technology or the inadvertent spread of disease.

This pattern was repeated everywhere Europeans went, not so dramatically, but very rapidly: in the rest of Latin America, North America, Africa, Asia (including China and India), and Siberia. Whites quickly established their dominance over natives everywhere.

Like the plants on the right, which are genetically identical to those on the left, whites cannot thrive in an alien cultural environment controlled by Jews.

It is extremely important to be aware of this phenomenon. For Jews are as dominant over us in their way as we were over non-whites in ours. And so far we have coped with them no better than Africans, Asians, or Amerindians coped with us. Of course, consistent with the transitive law of inequality stated in the second paragraph of this essay, Jews replaced whites decades ago as the race dominating all non-whites on earth.

What accounts for the wholesale subjugation of whites by Jews beginning in the 19th century and culminating in the 20th?

Demographics is one factor. Despite innate dominance, no race can vanquish a much larger race unless it has sufficient numbers to do so. These were apparently lacking prior to the 18th and 19th centuries, when Jews experienced a massive population explosion. Though Jews always constituted a uniquely wealthy, privileged, and powerful caste in Europe, their numbers were insufficient to completely dominate and distort the entire culture. [10]The population explosion coincided with an internal population shift—and replacement. Though the Iberian Sephardim outnumbered Ashkenazim in the early modern era, after the expulsions from Spain and Portugal their numbers collapsed, while those of the Ashkenazim expanded. Today Ashkenazi Jews constitute roughly 90 percent of world Jewry, while the Iberian Sephardim, once so mighty and numerous, no longer exist, socially or genetically speaking. (The minority designated “Sephardim” today are a different subpopulation—Oriental Jews who observe Sephardic religious rites.)

It seems possible that the Ashkenazim represent a particularly virulent strain . . . which is saying a lot. They are driven by a burning hatred no Gentile can fully comprehend. (Strangely, most Gentiles remain completely oblivious to it even when it strikes them in the face.) Once one race successfully asserts its dominance over another, it distorts the normal cultural and biological processes of the lower group. A socialization process alters the latter’s leadership cadre. Natural leaders are deemed inimical to the interests of the ruling class and are eliminated—even murdered at times, as Pizarro murdered the Inca emperor Atahualpa or the Communists massacred the Polish Officer Corps in 1940—while the fortunes of ambitious, sufficiently talented and energetic individuals willing to work against the vital interests of their own people are advanced. [12]As a result, Gentiles worldwide have fallen victim to the exteriorization of the closed, narrow-minded, bigoted, bitter, hateful, violent, criminal, dogmatic, intolerant, superstitious, filthy mentality of the shtetl, ghetto, and synagogue.

One far-reaching difference between Jewish rule and white rule, despite the careless use of the word “genocide,” is that whites never intended to physically exterminate native peoples. If that had been their goal, the subject races would no longer exist. (Some demographically small subpopulations did disappear.) [13]Instead, non-white races grew quickly, at least until recently, when modern techniques of population reduction were imposed on a global scale through so-called “birth control” and “family planning” measures. But this was done under Jewish auspices, not white, because we were no longer in command of our own destiny, never mind anybody else’s.

Yet Jews, drunk on the self-generated fury of their socially-constructed Holocaust religion, do have the intention of committing genocide. [14]Any meaningful effort to stop them must take racial dominance into account and devise methods to successfully thwart and overcome it. This means identifying pressure points and unique vulnerabilities, as well as strengths, in both races and targeting or compensating for them respectively. It is a practical problem requiring imaginative solutions.

One precept entailed by dominance analysis is that it is vital to correctly identify and confront the Main Enemy in order to solve our racial problems (independence and survival). Conceptually speaking, that is no small contribution. Blacks, Mestizos, Arabs, and Asians are all secondary. As William Pierce stated, we are heading for extinction because Jews are paralyzing our will and ability to resist annihilation. In an environment without Jews, “We can whip every other race with both hands tied behind our backs. . . . . We must do something about the Jews—soon. And clearly the key to getting the Jews off our backs is to regain control of our mass media.”

Germany briefly demonstrated that successful opposition to Jews by whites might be possible, as did Spain and Portugal in the 15th century. As the second most dominant race on earth, whites are in a better position than anyone else to halt the destructive process. First, though, we must marshal the determination and ingenuity to do so.