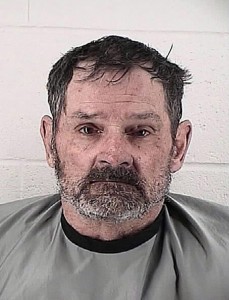 I have been asked for my opinion of long-time White Nationalist Frazier Glenn Miller’s shooting spree in Overland Park, Kansas, on April 13, 2014, in which he murdered three white people, including a 14-year-old boy, outside a Jewish Community Center and a Jewish old folks home, apparently while shouting Adolf Hitler’s name.

There’s no point in lingering too long over the layer upon layer of idiocy and evil in this act. Miller wanted to strike at Jews, whom he blames with good reason for the ongoing destruction of our people, and he killed three of our people, hastening the day when whites become extinct, increasing public sympathy for Jews, and putting White Nationalism in an even worse light. If the white race still exists on this planet in 200 years, it will be no thanks to Glenn Miller.

Even if he had killed three Jews, did he really imagine that by randomly selecting three Jews in Kansas, he was striking at the leadership of the Jewish community? Or did he think that all Jews are equally responsible for what their leaders promote? And even if he had struck down three Jewish leaders, did he imagine that this would do anything but increase our people’s sympathy for Jews and reinforce negative opinions of White Nationalists?

Didn’t Miller believe that Jews control the media and thus have the power to paint his actions in a way that helps their cause and harms ours? Of course, that is easy, because only a fool could think that Miller’s actions help our cause.

And why was he taking Hitler’s name in vain? Did he really think that Hitler would have approved of such pointless terrorism? Even if Hitler were every bit as evil as his enemies make out, he wasn’t stupid.

The reason I wrote my essay “New Right vs. Old Right [2]” in May of 2012 is because I wished to draw a bright clear line between the project of the North American New Right and what I call the Old Right, namely classical National Socialism and Fascism and their latter-day imitators, including people like William Pierce, Alex Linder, and, down at the bottom of the barrel, Glenn Miller, Wade Michael Page [3], Anders Behring Breivik [4], and other gun-toting, spree-killing retards.

The North American New Right rejects the totalitarianism, terrorism, imperialism, and genocide of the Old Right.

It was perfectly logical for the National Socialists and Fascists to form uniformed paramilitaries when they were battling Communists who wished to impose a totalitarian dictatorship by terrorism and force of arms. And, given the proven inability of liberal democracies and old aristocracies to resist Bolshevism, it made sense for them to set up one party dictatorships which suppressed dissent and unified their nations by dint of propaganda and force — although they were never so “totalitarian” as the Bolsheviks. The Old Right’s methods were, in short, perfectly adapted to the methods of their enemies. They merely took a gun to a gun fight.

These counter-measures are not just appropriate to the enemy’s attack, but they play to our strengths. The moral, scientific, and historical case for White Nationalism has never been stronger, even though we lack money, organizational competence, and political power. The enemy, by contrast, has never been richer, better organized, or more politically powerful. But they have never been weaker on moral, scientific, and historical grounds. And as human beings, they have never been more corrupt, decadent, and repulsive to healthy people.

What is the Old Right response to this strategic situation? Based on Alex Linder’s Vanguard News Network Forum, which Glenn Miller frequented, the Old Right approach is to drop our strongest weapons (particularly morality), to put together a cadre of people who are even more repulsive and crazy than the enemy leadership, and then to charge the enemy at his strongest point.[1]

Old Right types typically accuse me of bringing a pen to a gunfight, but I accuse them of bringing a gun to a battle of ideas. Glenn Miller shows us how well that works out.

1. Linder, who has never heard of a spree killer he hasn’t liked, has been silent since Miller’s rampage. Some are speculating that the SPLC will use Miller’s connection to VNN to try to shut down Linder’s tard hatchery. But this is wishful thinking. Why would the system shut down VNN Forum when Miller’s actions work entirely to the system’s advantage? Objectively, VNN Forum is an enemy asset. If I were them, I would be donating to it.