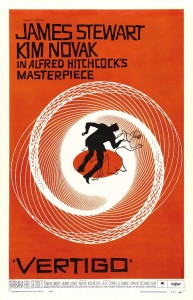 The following text is a scrap rescued from obscurity and buffed up a bit. In 2002, a reader of VNN suggested that the site’s movie reviewers post their “Ten Best” lists. I found it impossible to settle on just ten best films. So I decided to produce a “Favorites” list instead. I came up with more than thirty movies. These are films I like to re-watch and show to my friends. I think the list includes some of the best films ever made, but it also contains some that are pretty far from the best. So here are ten movies that are near the top of my favorites list.

This is the best movie ever made. The story is wonderful, the script brilliant, the acting stunning, the satire cutting and hilarious, and the message serious and profound. Network shows how capitalism works in the realm of culture, how the culture industry works to debase public standards and corrupt public morals.

The only real flaw of the movie is that it hides the role of Jews in the television industry and the general corruption of culture. The big villain is a blonde from the Midwest named Diana Christensen (Faye Dunaway) who somehow manages to corrupt, manipulate, and exploit the old-timers from the New York media (none of whom are portrayed as explicitly Jewish). The other villain, Mr. Jensen (Ned Beatty), also has a Scandinavian name. A former salesman from Oklahoma, Mr. Jensen has built a vast business conglomerate which has purchased the TV network of the title and wishes it to spread the Kojèvian gospel of the universal homogeneous consumer society.

But it turns out that the network is not solely controlled by sinister Scandinavians. Some Semitic foreigners also want to buy in, so Howard Beale, the mad prophet of the airwaves, alerts America to the danger of the world’s most powerful tool of propaganda and brainwashing falling into the hands of . . . Saudi Arabians.

These mounting absurdities should come as no surprise, though, given that the script was written by Marxist Jew Paddy Chayevsky.

But greed alone—and therefore Marxism alone—is not enough to explain the behavior of the media. One can be a gentleman and a patriot and still make money. No, one must also add such elements as alienation from and hostility toward the dominant culture, boundless cynicism, and crazed, hate-filled ethnocentrism to the mix to explain the modern media. In short, one has to add Jews (and their spiritual kinsmen and collaborators).

When is White America going to say, “I’m as mad as hell and I’m not going to take it anymore!”?

This is the other best movie ever made, and in terms of sheer beauty, it is far superior to Network. The story of Vertigo is a tragedy worthy of Euripides. The film is visually stunning, emotionally wrenching, and beautifully acted, with magnificent music by Bernard Herrmann [4]

. Vertigo is so effective that I have to let a couple of years pass between viewings. One minor pleasure is that Vertigo is set in my favorite American city, San Francisco, and environs, and gives a glimpse of what a paradise urban life was in America before racial integration and non-white immigration.

Yes, I like Pulp Fiction. Why? Because the post-modern, consumerist world is a sewer. Pulp Fiction is a cool, funny tour of that sewer. But it has a serious side. It shows us the qualities of character that either raise us out of the sewer or drag us further down into it. The movie is filled with situations demanding moral decisions. The characters who are ruled by their appetites (John Travolta’s Vincent Vega and Uma Thurman’s Mia Wallace) make very different decisions and have very different fates than the characters who are willing to risk comfort, security, money, and even life itself in order to do what they think is right (Bruce Willis’s Butch and Samuel L. Jackson’s Jules Winnfield).

Don’t be put off by the Negro characters and the race-mixing. No portrait of the sewer would be complete without them. My favorite scene is when the black gangster Marsellus Wallace offers Butch the same deal that modern bourgeois society offers us all: abandon our pride, abandon our principles and we can have money, comfort, security. Your soul is a small price to pay for all that, isn’t it America? Most Americans seem to agree.

This is more than a movie, it is a myth: It is a coming of age tale, an initiation tale, a descent into the underworld and resurrection tale. Jeffrey Beaumont (Kyle McLaughlin) discovers evil in society and the potential for evil in his own soul. He also discovers the artifices that we create to keep evil in check. And finds the strength in himself to do battle against it.

Lynch is not arguing that the idyllic White America of Lumbertown is somehow a fraud because it has an evil underbelly. That is the common Leftist misunderstanding of the movie. Lynch thinks that evil is not a product of a particular social system that can be abolished by social reform. Evil is metaphysical and will always be with us, and social conventions and artifices like those of Lumbertown are justified by keeping evil in check.

I have seen this movie 25 times, and I still find Dennis Hopper’s Frank Booth absolutely terrifying. His performance is so compelling that he has been playing Frank Booth characters ever since!

King Lear set in feudal Japan, Ran is pure poetry, one of the most beautiful movies ever made with exquisite music by Toru Takemitsu [9]

. A lesson in Hobbesian political realism: authority without the ability to enforce it by violence is worthless; sovereignty is one and cannot be divided without lapsing into civil war.

Another Hitchcock masterpiece set in San Francisco and points nearby, I read this movie as an anti-feminist allegory by the most extreme misogynist in film history. Melanie Daniels (played by the exquisite ‘Tippi’ Hedren) uses her wealth and social status to violate the laws of nature. She is independent, mischievous, and sexually aggressive in pursuing lawyer Mitch Brenner (played by the extremely masculine Rod Taylor). The forces of nature, in the form of the birds, punish her for her independence, and every attempt at self-assertion is struck down, until by the end of the movie she is reduced to a state of battered, shocked, almost comatose dependence on Mitch.

This is a tragedy that Sophocles could have written. It is David Lean’s best film: the directing, script, acting, and music are all superb. Fans of Evola’s The Metaphysics of Sex will appreciate seeing his contrast between the higher, Uranian and lower, Tellurian types of masculinity exemplified by Alec Guinness and William Holden respectively. There is also a splendid score [13]

I love this movie, and not just because I love its Italian settings. In spite of his being “a gay serial killer,” I found Matt Damon’s Tom Ripley a deeply believable, sympathetic, and moving character. Not only does Ripley have education and taste, he actually has a conscience, which is more than can be said for his first two victims. It is only because Ripley has genuinely good qualities that the movie turns tragic in the end as his powers of deception fail him, he thinks he is trapped, and he does not have the courage to come clean.

(directed by Peter Jackson, starring Viggo Mortensen, Elijah Wood, Ian Holm, and Ian McKellen): See my review here [16], and my reviews of the subsequent movies here [17] and here [18]. The second movie in the trilogy, The Two Towers, turned out to be my favorite of the three.