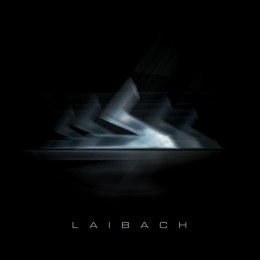 There have always been doubts about just who Laibach are and what they are up to. First who are they? The band is a collective so it is never too clear where “who” ends, although it seems to begin with Milan Fras, the doom-laden vocalist who chants and growls rather than sings most of their lyrics.

Next, what are they up to? This question often crops up as the Slovenian collective often plays with Communistic and Fascistic imagery. This might seem a little edgytarian to those of us from the more Beatlesque or Miley Cyrusy parts of the cosmos, but let’s not forget that Slovenia, the band’s homeland, was, is, and has been perched much closer to the great Fascist/Communist fault line that ran through Europe for most of the 20th century. Any musician from those parts who doesn’t reflect that in their music and style is probably making a conscious effort not to.

Given the fact that the Western music industry and media have always been hard liberals, Laibach have needed to hedge their bets when operating outside their local area by throwing in a little bit of cognitive dissonance – e.g. taking the piss out of NATO (a low cost solution for them) – and by allowing everything they do to be taken ironically.

But what if they actually were . . . ulp . . . evil fascists?! Well, that wouldn’t matter too much, as they are officially “weird and foreign.” I guess you could call this taking advantage of their “Slovenian Privilege.” From this unique niche, over three decades they have been able to follow their ominous jack-booted muse down a dank, electro-industrial passage that has by default increasingly come to echo the dissonant hum and sense of foreboding that lies at the heart of the Neu-Europa, a much troubled continent, where the past glowers with increasing anger at the present, and where the future hatches dark plans of its own.

Their new record Spectre is a further development of this dynamic. Jaunty opening track “The Whistleblowers” has been interpreted as a reference to the Snowden affair, but is much more an evocation of the kind of teamwork, toughness, and group-mindedness that seems like a nostalgic yearning in the present atomized age. This is highlighted in the excellent and inspiring video for the track.

This interpretation is strengthened by the second track, the squalling electro of “No History.” Over a cacophonous swirl, Fras and a female singer – possibly Anja Rupel – chant and sing lyrics like, “Use the wisdom of ancient sages/ Call out for heroes/ Who will be the creed/ Of a new political faith.” [4]The only disappointment is when they throw in a mention of Occupy Wall Street, but even this is left hanging ambiguously by the next line – “And judge the intentions of those we don’t trust.”

Having pointed the finger in this way, Laibach switch back into obfuscation mode with the next track, the industrial computer game pop of “Eat Liver!” a frenetic, ugly creature that scuttles and buzzes like a radioactive cockroach on amphetamines. Never mind who controls Wall Street. What about the rampant promotion of the ass-munching antics of lesbians, gays, and, yes, straights that the lyrics refer to?

While you’re still disoriented by this and starting to think, in some deep, dark nebulous way, that, yes, Liberalism really is an irredeemable evil, the title of the next song “Americana,” allows a negative association to form, although the gothicky pop, laced with choral and string effects, is pure “Europeana,” like a lost soundtrack from a spaghetti space Western.

“We Are Millions And Millions Are One” is a duet between the unlikely couple of Fras and his female comrade, and the closest thing to a love song on the album. It brings things almost to the banal, setting the stage for “Eurovision” to unleash its glacial menace and apocalyptic message of European disintegration. This is clearly stated – “Europe is falling apart” – and reiterated over a track that noticeably develops a little Middle Eastern swagger and truncates the last line to “Europe is falling!”

With lyrics like “In the absence of war/ We are questioning peace/ In the absence of god/ We all pray to police” you would literally have to be a wilful moron or simply a Liberal music journalist to miss the fact that this album is a serious and sincerely felt critique of Europe and modernity, and not some post-modern joke by a bunch of Slovenian pranksters. But even if it were, the fact that it resonates tells its own story.

“Walk With Me” and “Bossanova” show the outfit’s musical amplitude, throwing out a range of angular and unconventional sounds and lyrics larded with sinister references. In live shows “Walk With Me” is performed with marching feet on the screen behind the stage; while “Bossanova” has lyrics like: “Feed my hunger with poverty/ Feed my anger with children/ Feed my lust with bikini food/ Feed my ego with luxury/ I’m having a good time/And I want my nation to break down,” which almost reads like a haiku (or more correctly a tanka) of disenchantment with modern materialist society.

After hamming it up and plugging themselves on the electro pop of “Resistance of Futile,” Laibach make something of a statement by ending with a track called “Koran.”

The album’s title Spectre of course evokes the spectre of Communism from Marx and Engels’ 1848 Communist Manifesto, but now, of course, Europe faces quite a different spectre, that represented multiculturalism and the tolerance of demographically asymmetrical systems within the same state, namely the secular materialism, sexual egalitarianism, and anti-natalism of the West and the demographic dynamite of Islam and other Third World systems.

Again, one would have to be a complete moron or Liberal to avoid the simple logic of racial replacement that this entails. The track frames this dichotomy with a naive female voice mouthing the kind of feelgood platitudes on which liberalism is based over an aromatherapeutic music track: ” I believe in a better world/ I believe in a better place/ I believe in brotherhood, equality and freedom/ I believe in happiness for all.”

Fras then undercuts this with his trademark growl as the music spirals into a darker place, intoning “Words are substance for tomorrow/ They are weapons of our mind/ Words can take us far away/ They will leave us all behind.” The duet is not so much between opposites as between one who is fully deluded (the typical Liberal) and the other, who is only half deluded but starting to awaken. Needless to say, such lyrics could only have been written by one who was fully awake.