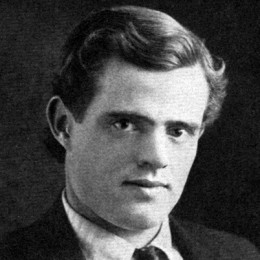 Jack London was born John Griffith Chaney in San Francisco on January 12, 1876. An adventurer and Jack of all trades in his youth, London achieved fame and fortune as a fiction writer and journalist. But he never forgot his working class roots and remained a life-long advocate of workers’ rights, unionism, and revolutionary socialism. (See his essay “What Life Means to Me [2].”)

But Jack London was no ordinary leftist, for he was acutely racially conscious (see, for example, “The Yellow Peril [3]“) and had such a marked Nietzschean/Social Darwinist ethical sensibility that Ragar Redbeard’s infamous Might is Right or The Survival of the Fittest [4] was widely, though mistakenly, attributed to him. Thus London is also a favorite writer of New Rightists and White Nationalists, particularly West-Coast White Nationalists and those who hope for the re-emergence of a racially conscious left. The Library of America has published two handsome hardcover volumes of London’s principal works: Novels and Stories: Call of the Wild, White Fang, The Sea-Wolf, Klondike and Other Stories [6]

and Novels and Social Writings: The People of the Abyss, The Road, The Iron Heel, Martin Eden, John Barleycorn [7]

is a well-chosen single-volume paperback selection of his writings. James L. Haley’s recent biography Wolf: The Lives of Jack London [9]

is a true tale as exciting as London’s best fiction. The best online resource on Jack London is The World of Jack London, http://www.jacklondons.net/index.html [10], which contains virtually all of his writings plus invaluable secondary literature.