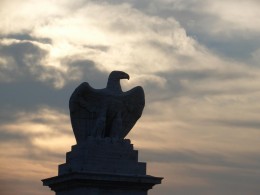 Greg Johnson asked me to comment on my conversion to my present political views in his essay on William James’s ideas on religious conversion “The Psychology of Conversion [2]” (December 17, 2013).

I agree with the general point that people who convert have already come to accept a new set of ideas, so that conversion for me was a matter of re-prioritizing beliefs already there. As an evolutionary biologist by training, I was open to the idea that the human mind was shaped by natural selection. I could see that in many ways, particularly in the area of sex differences. But when scientists like J. Philippe Rushton came out with data on race differences in IQ, I saw this work as subject to the same standards of scientific scholarship as any other.

I had long been aware that the opponents of sociobiology were often the same people who made hysterical, blatantly political pronouncements on race differences, and from my days as a graduate student, I was aware that the most prominent among them were Jews in elite academic positions—most notably, Stephen Jay Gould and Richard Lewontin. Much of this then became the focus of Chapter 2 [3] of The Culture of Critique, which may be seen as a sort of intellectual, footnoted version of what started out as a gut level reaction to my surroundings and readings as a graduate student in the 1970s.

And at an even more basic level, an appreciation of the process of evolution makes one aware that the name of the game is competition between different gene pools—a basic idea underlying my writing on Judaism from an evolutionary perspective. Again, the same people who were trashing sociobiology and the science of race differences were creating an evolutionary biology of humans in which fitness (what Frank Salter labels “ethnic genetic interests”), particularly relative fitness between groups, didn’t matter at all. Quite frankly, I became very concerned about the future of the people from my gene pool—would we prosper in the future, or even survive at all. Going the way of the dinosaurs is more than an expression. Where are the Samaritans now? The decline of Whites and their culture is happening with breathtaking speed. As humans, we can decide not to play the evolutionary game. But if you don’t play, you lose. Animals instinctively play the game—they are engineered to do nothing else. But at this point and given the importance of culture for humans (the culture of White pathology [4]), White people have to decide that the game is worth playing and that it is morally acceptable to play.

When my books on Judaism from an evolutionary perspective came out, I was contacted by individuals who had a long history of involvement in White advocacy and who had understood Jewish issues (often beginning at their father’s knee or from personal experience or from reading someone like Wilmot Robertson). At that point, I was ready to be converted into someone for whom these issues are at the very center of personal identity. Like Greg, I did not become converted because of the educational efforts of the racialist right. Rather, it was a personal odyssey of discovery which led me in their direction.

In doing this, the most difficult thing was dealing with the moral stigma when one comes out as publicly identified with White advocacy and criticism of Jews—also the case with Greg. This underscores the critical importance of attending to the moral case for White advocacy. But when the inevitable explosion happened at my university, resulting in ostracism and vilification, it helped greatly to know that other people I respected believed as I did and valued my contribution.

In effect, I had jettisoned one moral community for another. I had come to see my former moral community as not only intellectually bankrupt, but also highly immoral because the policies they were advocating would be a completely undeserved disaster to the traditional people and culture of the West. I came to realize that the emotions and attitudes of those advocating these positions were typically motivated by hatred of the traditional people and culture of the West rather than love of abstract, universal humanity that often appeared as the surface.

Even these convictions were not enough to completely compensate for the hatred directed at me by colleagues, particularly Jewish colleagues, at my university. But with time, it gets easier. And I think there is a grudging, if tacit, respect among many White faculty, realizing, as they must, that their own political options are very narrowly constrained and seeing with their own eyes the consequences of White displacement that is occurring throughout the university.

So I agree that information alone cannot produce conversion. In my case and I suspect for many others, it requires discovering a supportive community of like-minded people. As Greg notes, “Life often forces us to choose between subjective happiness and greater goods.” That’s very true. You may have to give up some aspects of personal happiness to be a committed White advocate. But there also is a great deal of solace in finding a supportive community.

The topic of conversion is central to how we move ahead. I recently came upon Understanding Religious Conversion [5]

, by Lewis R. Rambo (Yale University Press, 1993), which is something of a classic in the field of the psychology of religious conversion. Rambo argues for the following sequence which seems relevant to what happened with me and likely many others:

Many of us believe that the system as presently constituted is unsustainable in the long run, but even in the short run there is a much-commented-on feeling of anger and dissatisfaction in White America [6], seen, for example in the Tea Party movement — a sense of uncertainty about the future and a sense that the country they grew up in is fast disappearing. As Greg notes,

Like Communism, the American system is becoming increasingly hollow and brittle as more whites decide, in the privacy of their own minds, that equality is a lie, diversity is a plague, and the system is stacked against them. But they do not act on these convictions because they think that they are basically alone. If they slip, they know they will be persecuted, and nobody will come to their defense. (Nobody but those people.) But if the system’s ability to stifle dissent wavers long enough for people to realize that they are not alone, then things can change very quickly. And such changes hinge on moral factors, not information.

In other words, more and more Whites have entered a crisis mode where comforting bromides about diversity as “our greatest strength” and the moral imperatives of Whites ceding power and of egalitarian outcomes in all areas of life seem nothing more than lies propping up a corrupt, anti-White system. But they need to find support groups of like-minded people.

Sometimes I get emails from people who are intellectually on page but don’t know anyone they can talk to and relate to in a personal, face-to-face manner. It may take a while depending on one’s geographical location, but the general malaise of White America means that there are actually quite a few people who are potential friends. One just has to work at it. For example, going to a public conference, such as the recent National Policy Institute in Washington, DC, would be a good place to meet like-minded others and develop friendships and the social support necessary to maintain commitment.

Similarity in age is very important. Recently Matt Parrott noted in his comments [7] on the October NPI conference, “since I first started doing this work in my early twenties, the Left has teased us for being a dying breed, a handful of crusty geezers who are ‘afraid of the future.’ There was some truth to the charge when I first started, but the tide’s been turning for a while now.”

I’ve noticed the same thing (although I have to acknowledge that I am getting to be part of geezerdom myself.) Lots of great young people are now well-established in the movement.

The future is bright indeed.