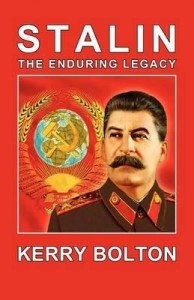 At the beginning of 1989, I thought that “Russia” (the USSR) was an evil empire, a totalitarian system built on repression and propaganda and bent on global domination. I also thought that the United States was the principal impediment to Soviet world domination, the bulwark of freedom. By the end of 1989, I was giddy, for America had stood firm long enough for the USSR to collapse of its internal contradictions before it could cast its net over the entire globe.

Today, however, things seem very different. Like many White Nationalists, I see the United States as an evil empire, a soft totalitarian system built on lies and repression and pursuing global domination. Indeed, our system is built on the same lie as Communism: human equality. Furthermore, Russia is now the principal bulwark against American global domination.

But this time, the stake is not “freedom” but something far more important, for if unchecked, American-style global liberalism and capitalism mean the death of the white race. Thus, if our race is to survive, Russia must stand firm against globalization until the American system succumbs to its own inner contradictions before it can drag the rest of the world down with it.

Kerry Bolton’s Stalin: The Enduring Legacy shows that the roots of the present world situation are far deeper than I had imagined.

Stalin is one of history’s greatest monsters, and Bolton’s book does not attempt to deny or minimize Stalin’s crimes, although I would find such a revisionist project interesting to read, given that our image of Stalin was manufactured by some of the same people who manufactured our image of Hitler, which is largely false.

Bolton’s main concern is with Stalin’s “legacy,” namely his influence on present-day Realpolitik, the conflict between the forces of globalization and the forces of national self-determination. And it turns out that Stalin’s principal enemy is our own, namely the international Jewish community, although Stalin himself never saw it that way.

Chapter 1, “Stalin’s Fight Against International Communism [4],” outlines the basis of Stalin’s conflict with Trotsky. Once in power, Stalin reversed a number of the policies established by Lenin and favored by Trotsky and his followers.

In terms of economic policy, Lenin and Trotsky favored a rapprochement with international capitalism, particularly the international Jewish banks that had funded Bolshevism from the beginning. Stalin, however, was not Jewish [5]. He was also an orthodox Communist. He funded the revolution by robbing banks, not borrowing from them. Thus Stalin turned the USSR toward economic autarky and full-scale collectivization of industry and agriculture, with catastrophic consequences for the peasantry and workers.

Stalin did, however, pursue much healthier policies in the social realm. He sought to restore the family and marriage, limit access to abortion, reestablish discipline and standards in education, and combat “rootless cosmopolitanism” and “formalism” in art and culture in the name of artistic styles rooted in folk culture and capable of appealing to and elevating the tastes of the masses.

Stalin is widely condemned as a philistine, but in truth he had well-developed tastes in art and music. The positive effects that he had on Soviet culture can be illustrated most clearly by comparing Shostakovich’s fourth symphony [6], an avant-garde train-wreck which he withdrew under criticism, with his fifth symphony [7], one of the great symphonies of the 20th century, which Stalin wrung out of him using the muse of terror.

Bolton never really gives us a sense of why Stalin did any of this. What really made him tick? He was clearly highly intelligent, outfoxing some of the shrewdest statesmen and schemers in history. He was also demonstrably well-versed in Marxist theory and appeared to be a sincere Communist. He knew a great deal about history. And he had excellent taste in music.

Yet he seemed entirely lacking in morality and human warmth. He was not a Russian, so he could not be accused of nationalistic sentiments. He was also an atheist, so religion played no role in his life. He had no sentimentality about the past and was a deep-dyed revolutionary. But in spite of all this, perhaps out of sheer pragmatism, Stalin gave the USSR a somewhat nationalistic, somewhat socially conservative form of socialism.

Chapter 2, “Stalin and the Art of Rootless Cosmopolitanism,” deals with the cozy relationship between Trotskyite exiles in the United States, the Central Intelligence Agency, and the Rockefeller foundation in promoting Abstract Expressionism and other forms of modern art as the all American answer to Stalinist philistinism.

The fact that the US government ended up using the tax dollars of Idaho potato farmers and Texas ranchers to promote cultural Bolshevism in the art world as a purely symbolic element of the Trotskyite opposition to Stalin is, frankly, astonishing. Whenever whites permit a critical mass of Jews in our societies, it seems inevitable that we become pawns in Jewish machinations, even arcane “inner party” disputes that are utterly detached from reality.

Chapter 3, “The Moscow Trials in Historical Context [8],” is the most remarkable chapter in the book. Here Bolton lays out in great detail just how plausible Stalin’s case against the Trotskyite opposition was.

The fact that so many of Stalin’s policy preferences ran counter to the ethnic interests and tastes of Bolshevism’s huge Jewish contingent meant that Stalin’s policies inevitably seemed anti-Semitic to the most ethnocentric Jewish communists, who became the core of the Trotskyite opposition. (Later, the the Zionist wing of the Trotskyite movement became the nucleus of neconservatism.)

But calling Stalin an anti-Semite is an undeserved compliment. Yes, he was an anti-Trotskyite. Yes, later he was an anti-Zionist. Yes, Stalin killed countless Jewish Bolsheviks. But one could not purge an overwhelmingly Jewish party without purging some Jews. Nevertheless, Stalin maintained the loyalty of many Jewish communists to the very end. Thus Stalin was an anti-Semite only in Joe Sobran’s sense of the term: Jews hated him. But Stalin didn’t hate Jews as such. He fought them only to the extent that they opposed his policies and his conception of Communism.

But nevertheless, Stalin did change the ethnic character of Soviet Communism from something recognizably Jewish and nihilistic to something recognizably Russian and socially conservative. And although Jews were a privileged people in the USSR up to the very end, they no longer felt that the regime was theirs. According to Solzhenitsyn’s Two Hundred Years Together, after Stalin’s death, the regime took active steps to curb Jewish overrepresentation in elite institutions. Jews were still massively overrepresented, but from the kvetching, you would think they were making bricks for the pharaoh. By the 1970s, an exodus to Israel and the United States was underway. This gives some hope for American whites. For even token efforts to limit Jewish overrepresentation in our society will be magnified immensely by Jewish hypersensitivity, perhaps enough to spark an exodus of our own.

Chapters 4 and 5 deal with the origins of the Cold War. Contrary to the old Right-wing American canard that the United Nations was a communist conspiracy to destroy American sovereignty, the United Nations actually sought to establish a genuine world government under US control at the end of the Second World War, and it was Stalin who stopped it in its tracks. Furthermore, the United States wanted to “internationalize” atomic energy, which meant that the UN, under the control of the US, would take control of uranium mining and refinement to maintain the US monopoly on atomic weapons. When Stalin said nyet to both, one world government was halted and the Cold War was off and running. And, as it turns out, Trotskyites took part in every aspect of the Cold War’s implementation.

Chapters 6 and 7 deal with Stalin’s death (poison) and post-Soviet Russia. After the collapse of the USSR, the United States sought to establish a unipolar hegemony and to bring Russia into the global system. Many of the architects of this New World Order were neoconservative offshoots of the Trotskyite movement and their ethnic kin. Vladimir Putin, however, spiked their plans, which is one reason he is likened to Stalin today. And that is how we have arrived at the present correlation of forces: globalist, Judaized America vs. European, nationalist Russia.

I highly recommend Stalin: The Enduring Legacy. It is a slender volume of 160 pages that you can breeze through in an afternoon. My only complaint is that the book was evidently rushed into print and is swarming with typos and formatting problems that will inevitably detract somewhat from its impact.