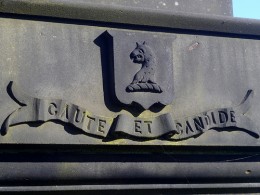 I do not know if a Traditionalist elect has emerged in the West since 1927, when Guénon published The Crisis of the Modern World, but if Guénon is right, we can rest assured that Eastern masters (a kind of League of Shadows [4], perhaps) are waging the occult war on our behalf, otherwise the Dark Age—which is not chaos but a kind of negative order—would have given way to complete chaos long ago.