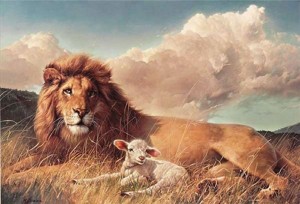 I was an atheist from as early as I was thinking deep thoughts up until about five years ago. I preferred the label “skeptic” because it distanced myself from the connotations tied to the word “atheism”: secular humanism, radical egalitarianism, militant multiculturalism, voting straight-ticket Democrat, and so on. While I certainly wasn’t born on the New Right, I was always too much of a skeptic to be a proper “Internet Atheist.” Participating in the Internet Atheist subculture and movement requires taking more things on faith than some religions.

There’s no way to prove whether God exists or not. Some Christians insist that this or that documented “miracle” proves that their specific god exists. Some atheists insist that this or that scientific finding proves that he doesn’t exist. There’s a whole cottage industry of books, blogs, and bullshit purporting to firmly decide this timeless question one way or the other. Personally, I see belief in God as ultimately a matter of faith rather than evidence, and I believe His true nature is necessarily a mystery.

Speaking in scientific terms, the question of God’s existence is poorly defined. Who or what are we looking for? How could we devise a test to prove or disprove Him? The assertion is unfalsifiable, outside the realm of the scientific process. It has nothing to do with science. And yet, in the American popular culture and especially on the Internet, ‘atheist’ is the official religious preference of science and ‘Christian’ is the official religious preference of the willfully ignorant.

There’s a historical basis for this pairing of religion with ignorance and atheism with science, as a solid subset of America’s Protestant Christians adhere to a rigid theological doctrine of sola scriptura that requires them to believe literal interpretations which have been proven false . . . facts and science be damned! They’ve constructed a parallel discursive bubble of “Creationism” with its own geology, genetics, anthropology, astronomy, and so forth. It’s a bizarro world of comically incorrect beliefs hermetically sealed from external critique.

Creationism’s discursive bubble has a semi-permeable membrane which only admits ideas that are compatible with a literal interpretation of Genesis. Whether or not it’s factual is entirely beside the point. It’s a worldview within which the facts must fit or the facts aren’t welcome. Creationism thrives within the sheltered little world of quaint neighborhood chapels and in the hearts and minds of tens of millions of little old church ladies. Those are safe spaces for Creationism where nobody is likely to challenge them. But there are very few little old church ladies on the Internet and even fewer safe spaces.

On the rare occasion that Creationists do start arguing for their worldview on blog comments, forums, Reddit, 4chan, and 4chon, they’re immediately besieged by the tsunami of people who strongly disagree with them, the strong passions of those who disagree with them, and the weight of the peer-reviewed scientific evidence stacked against them. The Internet is a sort of discursive mixed martial arts tournament where different ways  of thinking are pitted against one another with virtually none of the rules, restrictions, or taboos that exist in the real world. The Internet is where discursive bubbles go to get popped.

I used the discursive bubble of Creationism as the example because it’s the one the Internet’s atheists are familiar with, the one they enjoy mocking and ridiculing incessantly. They imagine themselves to be intellectually superior to Creationists in every way–logical, reasonable, scientific, and willing to directly confront dogmas and taboos.

But for the most part, atheists in academia exist in their own discursive bubble of liberal groupthink, one with its own semi-permeable membrane that doesn’t admit facts which are incompatible with their politically correct and radically egalitarian, feminist, and anti-White worldview. They’re just as bad, and worse for their hypocrisy.

Unfortunately for them, the facts are not egalitarian, feminist, and anti-White. In a supremely ironic turn of events, the very same people who gleefully besieged and stormed the chapels of Creationism are under a virtually identical siege, retreating into their anti-chapels of Freethought Blogs [2], SkepChicks [3], and “Atheism Plus [4].” Atheism Plus is, by its own definition, a “safe space” where their leftist ideals are not exposed to the same critique and cross-examination they claim to cherish so deeply when haranguing fundamentalists, palm readers, and scam artists.

Atheism Plus is a besieged bunker, a safe space for Liberal Creationism [5]. Liberal Creationism is a creation myth wherein human evolution magically stopped somewhere around 160,000 years ago, leaving all human populations and both genders utterly equal and even interchangeable in all but the most obvious and superficial characteristics. But Atheism Plus goes even further than that, asserting that White males have a special unearned privilege which can be neither proven nor disproven. In an Orwellian twist, White males are less equal than the others, subject to a rigorous assortment of esoteric quotas to keep their numbers as low as possible and unilateral rules of discourse which handicap them in discussions and even wall off certain topics on which their opinions are integrally invalid and unwelcome.

Reality and Atheism Plus are oil and water. In the frightening and forbidden world outside of their discursive bubble . . . Race is not a social construct

Holding any single one of these perfectly reasonable and sound positions is sufficient grounds for ejection from the increasingly cloistered confines of “mainstream” academia and their lackeys in the blogosphere. In the old days, heroes fought for truth and justice. In more and more cases, the Left finds its warped sense of social justice fighting against empirical truth. They’re losing control of the narrative, losing the sympathy of the audience, and losing the will to defend their positions in the world outside their discursive bubble.

As is the case with old school Creationism, the new Creationists have constructed an elaborate web of pseudo-scientific excuses for being wrong. None of it passes the muster with Carl Sagan’s own Baloney Detection Kit [15]. Not that skepticism is allowed within their ranks. Critique is for thee and not for me. They don’t care about science. They don’t care about the quest for truth. They care about leveraging the scientific process and discursive critique as a weapon against all that is Christian, White, and male. While only a fraction of these Internet atheists are Jewish, their attack is modeled on and an extension of the Jewish culture of critique [16] outlined in Prof. Kevin MacDonald’s landmark trilogy. But the last century was the Jewish one, and Jewish influence and privilege doesn’t have the same effect on the Internet that it has on humanities departments and mainstream media reporters. The liberal narrative is suffering the very same death by critique that killed Southern segregation and numerous other anti-modern counter-currents in previous decades. There’s a large and growing gulf between what’s taken for granted and considered reasonable on the Internet and what’s taken for granted and considered reasonable in elite academia.

The real world is unwilling to honor Atheism Plus’s rigid force field of taboos around their discursive bubble. Nobody can save them from the large and growing firestorm of critique (a.k.a. trolling) from all sides. The repetitive “us vs. them” framing, the vilification of honest disagreement, and the spirit of hopelessness epitomizes the bunker mentality overcoming this failed attempt to establish a beachhead of elite intellectual opinion on the Internet. The slow death by critique is one front in a larger global phenomenon of the Jewish and American liberal narrative being challenged, discarded, and ridiculed outside its well-funded sinecures.

Though, these blogging collectives would be doomed even if the whole world were clapping along to the arrogant feminist bores. There’s an iterative cycle which afflicts successful White male dominated institutions: the Diversity Spiral. At first, the White males decide to systematically and explicitly disadvantage themselves a bit in the name of diversity, favoring and promoting some less qualified and talented tokens. The game theory dynamics ensure that the White males will then turn on one another, posturing as more pro-diversity than their colleagues and driving out the least fanatical. Eventually, the “White Flight” of talented contributors cripples the institution and it unravels. In the final denouement,  the diversity lobby of talentless tokens, like the parasites that they are, will flee from the corpses of these blogging networks in search of new hosts.

This metaphorical act of White male autocastration is even actualized by over-eager participants who mutilate their genitals and insist on calling themselves women. These “women” who would otherwise be White males are then welcome to join the organization’s diversity lobby. Voluntarily forfeiting your masculinity, your reproductive capacity, and your identification as a White male by castrating yourself is the ultimate act of redemption in this cult, a cult which future generations will surely look upon with the same morbid anthropological curiosity we now aim at bizarre self-mutilation rituals in other cultures. It’s time to drive them out again.

The American Left has taken for granted since World War II that secular humanism had the momentum, that capitalism and democracy would continue to overshadow more traditional regimes, that the racial gaps in intelligence, education, income, and criminality would budge. But there’s recently been a global sea change in the world and in our collective assumptions of what the future will be like. Their narrative isn’t working. Their story isn’t coming together like it’s supposed to. Their “gods” of liberty, equality, and neo-colonialist globalism are dying.

According to “our” cultural and intellectual elite, the future is getting darker and darker. Of course, this foreboding is a subjective one. The prior “dark age” was labeled as such by the Jews and money changers who rose up from under the heel of the Ancien Régime to dominate our modern institutions. A new dark age is coming for them, one where tribe, tradition, and transcendence all trump the individualism, selfishness, consumerism, materialism, and globalism of this age. Tomorrow belongs to us.